More and more, especially with their September lineup of free games, Sony seems to have gotten the message about their waning lineup of PS+ titles following the removal of their legacy offerings.  Over the past few months, in degrees both small and significant, the quality and prestige of their titles has gone up to a near-respectable level.  This round, however, makes a big case for them being back in the game, though, boasting two AAA titles – one that’s been out for a while, another that’s fairly recent – with recognizable brands and strong prestige behind ‘em. Will they continue to offer games of this caliber? Who knows, but for now, this seems like a strong indication that PlayStation Plus’s monthly free games might once again make it worth the price of admission for a subscription. Let’s explore them further. 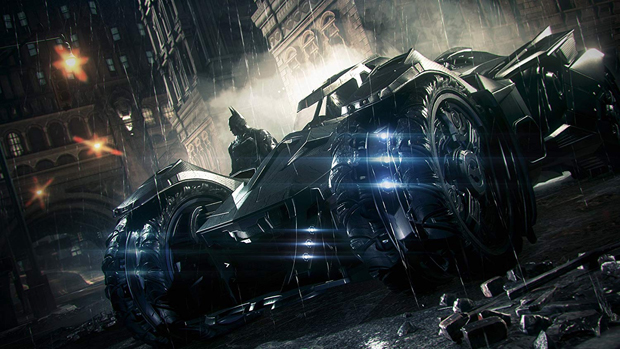 Rocksteady’s third installment in their Arkham series of videogames shares more than a few similarities with the final entry in Christopher Nolan’s Dark Knight film trilogy: it’s an excellent conclusion to a remarkable series, despite also being the lesser of the three due to some story missteps. Arkham Knight finally takes Batman outside the separated boundaries of the previous games — both the institution grounds of Asylum and the “quarantined” section of the city in Arkham City — and into the full space of Gotham itself, though its millions of citizens have been evacuated due to a plot orchestrated by Scarecrow.  Piloting the Batmobile and soaring across rooftops, Batman battles the criminals who remain in its boundaries, including both familiar faces as the “new”creation of the Arkham Knight: a seasoned, familiarly-trained adversary who dresses in a mech-like suit resembling Batman. Exploration, drama, stealth and combat variety are all there in classic Rocksteady sandbox fashion, though the twists and turns of its story may leave some players, even seasoned comic-book readers, a little perplexed. 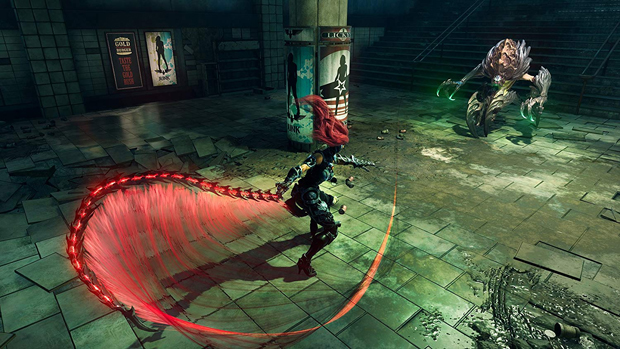 The original Darksiders surprised with its Legend of Zelda-like progression of hack-‘n-slashing and puzzle-solving through a mythical storyline and high-fantasy action, while Darksiders II unleashed even more of developer Vigil’s potential with open maps, expanded loot, and tightened combat.  Vigil has shuttered and will be missed, but the hope was that Gunfire Games — the folks behind the Darksiders II remastered edition — might be able to continue their legacy with the third installment, featuring the female among the Four Horsemen of the Apocalypse, Fury. What they’ve done instead, to mixed successes, is tweak the game’s mechanics to adapt to the current realm of reflexive, deliberately challenging dungeon crawlers. Critics and players seems divided on whether the spike in difficulty seems fitting or cheap, but some agreements can be made on two fronts with Darksiders III: while the graphics are decidedly lower-fi than one might expect of the current generation, the mythology of the setting, the fluidity of the world, and the execution of combat still make this yet another ride worth taking.