It’s tough to know what to expect from the console subscription services during the month of E3. Sometimes, the studios like to go all-out to showcase what kinds of games come bundled with their specific system’s monthly sub, while other times they focus so much attention on their presentation and potential sales attached to the period that the freebies fall to the wayside. Turns out, both the big studios went in the latter direction this time around, and with debatably equal subpar lineups.  At least Sony has beamed down a somewhat high-profile title for PS+ subscribers – a sequel to a popular turn-based science-fiction warfare game – alongside an eclectic mix featuring racing games, a platformer, and a surprisingly objective puzzle game.  Let’s take a gander, shall we? 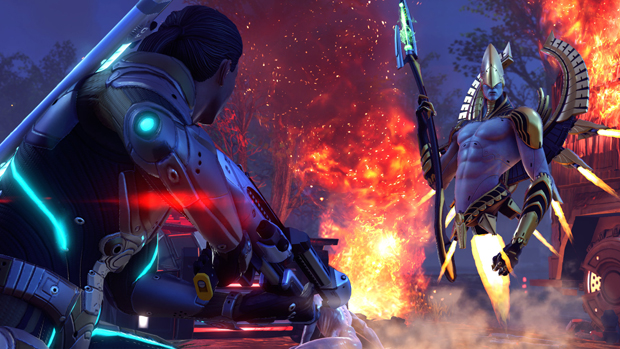 XCOM: Enemy Unknown was a quasi-remake of the mid-‘90s sci-fi game UFO: Enemy Unknown, to which Firaxis and 2K Games found success in its stringent difficulty, tactical versatility, and how they factored into the game’s absorbing premise. The consensus about XCOM 2 is that it improves upon and fine-tunes everything that worked in the first installment, continuing the story twenty years later with Bradford and the XCOM “rebels” against alien conquerors. Sizing up the faster-paced layouts of the battlefield, weathering random encounters, and meeting secondary goals of missions enhance the turn-based mechanics already in place, all while retaining the franchise’s signature difficulty throughout.

Sony’s treading over old ground here with Trials Fusion, offered by their competitors as a free download nearly a year ago now. With a new installment on the way, one wonders whether RedLynx will shake things up enough to justify another lap around the franchise’s tracks, because Fusion’s big downfall among critics and fans alike seemed to be its dire lack of innovation within the concept. Trial-and-error adjustment to levels while riding a dirt bike is the key to the series, and Fusion executes more of the same with their assortment of levels and the mixture of aggravation, memorization, and ultimately victory that comes along with ‘em.  But while players had a good enough time with the tracks and the muscle memory involved with besting them, the lack of evolution in the concept after … uh, Evolution makes one wonder if RedLynx will just rev up the newly-announced installment, Trials Rising, without tweaking things a bit. 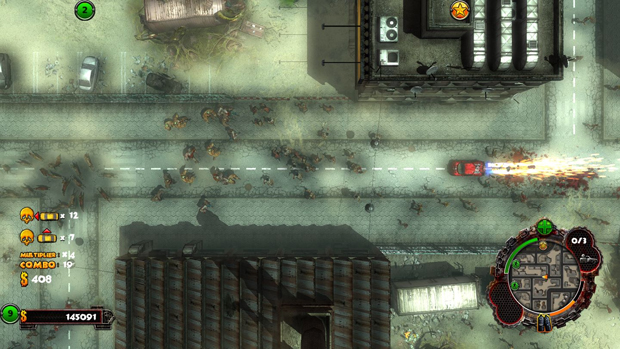 This game from Exor Studios combines two experiences from gaming’s yesteryear into one: top-down vehicular controls dating back to early consoles – memories of Ghostbusters are conjured by this one – and the awkwardness that ensues when someone runs into a pedestrian in the Grand Theft Auto series. Zombie Driver equips the player with an almost Mad Max-like car armed that’s armed to the teeth, drops them in an apocalyptic environment, and then requires them to complete objectives while plowing through and mowing down waves upon waves of hostile zombies.  Objectives range from rescue missions to traditional stage-clearing mayhem, and the player has the option of upgrading the gear on their cars with earned in-game currency, beefing up their ability to take out the brain-eaters. While it sounds fun, critics are quick to point out the brevity of the Zombie Driver’s minimal level count and lack of variation in the concept.

Even with many other heavy-duty military shooters dominating videogame culture, the Ghost Recon series of videogames has continued to go strong for over a decade and a half now. To stay fresh, Red Storm and Ubisoft decided to progress the franchise ahead into a futuristic environment in 2012, jumping ahead to the not-so-distant year of 2024 with its concept.  By jumping ahead just a little bit of time, Future Soldier lets the overall atmosphere of the game remain largely the same, yet opens the door for slightly advanced technology and geopolitical concerns to shake up the cover-based tactical shooting ambitions of the Ghost Recon brand.  Unfortunately, in the process of updating the setting, the game received some skepticism toward its condensing of the more logistical elements of the game’s tactics, leaving it as a simplified futuristic cover-based shooter instead of an embodiment of what Ghost Recon’s really about. 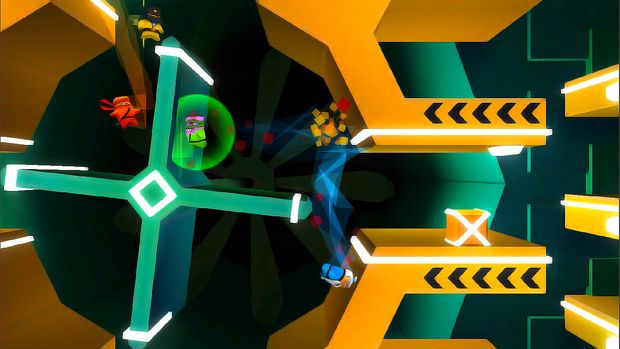 Humor and general vivacity can go a long way with competitive games, making even the most mediocre of titles just a bit more fun by mutually enjoying its energy.  Atomic Ninjas gathers together a host of quirky pint-sized combatants, throws them into neon-hued environments, and gets them to fight one another while analyzing the obstacles of platform-style level design. While it was created a few years prior to Speedrunners, Atomic Ninjas shares some similarities in the methods that the players attempt to knock out their opponents while utilizing the stage’s angles and grappling hooks for quick transport, with a visual style and attitude not unlike that of Castle Crashers. While the design received praise, it’s not enough to prevent critics and players from observing its repetitiveness and general mediocrity.

Finally, Sony have included Squares, a reflex puzzle game in which players are required to rapidly change the color of squares in a grid with the PS Vita’s touchscreen technology. A simple premise paves the way for relentless challenge, and there’s eighty levels of it to plow through along with a format so that the player can create their own designs.