June’s Xbox Games With Gold Not a Hat Trick, But Still a Triumph

You don’t get much more focused on a target audience than with the big title Xbox included with their Games with Gold this month.  With the Stanley Cup hockey championship reaching its end very soon — and with both Blues and Bruins fans biting their fingernails in anticipation of the outcome of Game 7 — it’s admittedly pretty smart for the folks at Microsoft to throw in a hockey simulator so that they can vicariously play out the crashes, brawls, and high-tension slapshots that come with the sport. For those who aren’t hockey fans? Eh, this isn’t a superb month, though there’s one standout title that just about everyone should play if they haven’t already, which has recently been graphically upgraded, and another smaller-scale fighter worth engaging. Let’s dive into the games. 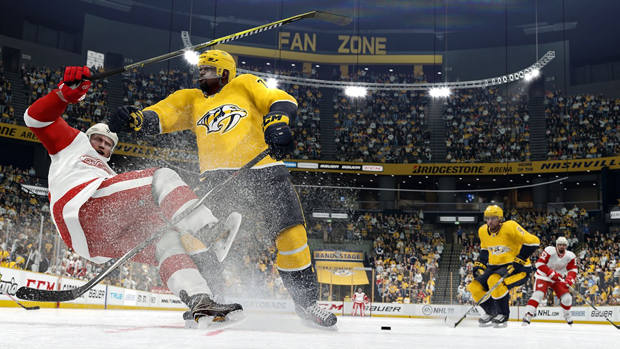 Even for those who don’t really follow the sport, there’s something engaging about the speed and precision of hockey video games that transcends barriers. Even though I grew up in the southern US in an area where there wasn’t much of a hockey culture, great times were still had playing EA’s mid-‘90s NHL titles … perhaps more so with NHLPA ’93, since fights could still break out in that one.  After enduring the growing pains of full 3D conversion in the late-‘90s and a reversal of NHL’s “no fighting in the game” policy, we’ve arrived at NHL ’19, marking nearly — *gasp* — three decades of refinement into its current, wholly realistic simulator form. Few monumental changes have played out over the course of the past several iterations, though reports from players have commended the improvements to skating movement and physics responses above the previous year’s iteration, while also critiquing the customization that was heavily pushed by EA prior to the game’s release.

After a quarter-century of fighting games, it’s no easy task to create a new one that feels, in some way, fresh and different from the rest. Rivals of Aether manages to do so, even if one can identify the clear influences in this pseudo-sequel to Dan Fornace’s “demake” of Super Smash Bros, Super Smash Land. While the arena boundaries and percentage bats recall the iconic Smash Bros mechanics and the beastly combatants trigger some memories of the classic Killer Instinct, the retro graphics and the clever scale of the characters against the battleground makes for a fighter with a distinct attitude.   Rivals of Aether delivers on couch and online multiplayer as well, and the roster of 8 elemental fighters can be expanded to 14 with DLC … including a pair of cameos from other popular indie games. Both critics and players agree that despite its condensed scale and indie roots, this fighter packs a big, full punch. 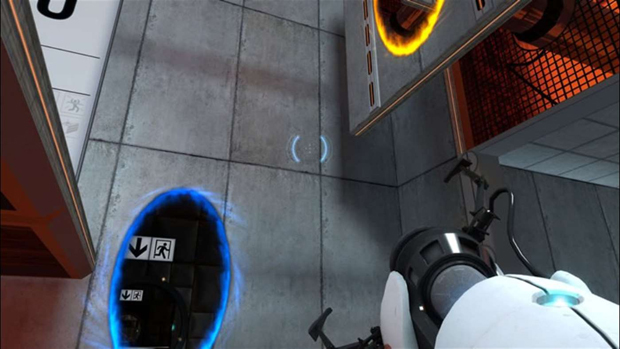 Many who have played the likes of The Turing Test, The Witness, Pneuma: Breath of Life, Quantum Conundrum, and many other first-person puzzle games often have a consistent remark when chatting about each one: “Well, it’s kinda like Portal, except …”  For good reason, too, as Portal remains the gold standard for environmental, atmospheric puzzle experiences, coining its own phrase — “thinking in portals” — to describe the mindset one adopts to get through the challenges thrown at ‘em by GLaDOS, the femme-voice robotic overseer of the obstacle courses designed by Aperture Science. The number of gamers out there who haven’t played Portal must be growing increasingly minuscule, as it’s become such an iconic and quintessential playing experience that just about anyone who can pick up a controller will enjoy, but I doubt that’ll stop almost anyone from snagging this digital copy of Still Alive for free, if only to preserve the option to download it whenever they’d like and jump back into the Enrichment Center.

Rounding out the month’s offerings is a decade-old installment from the niche franchise Earth Defense Force, which isn’t too far off from being a modern-day reimaging of the B-movie sci-fi classic, THEM! Earth Defense Force 2017, also known as EDF 3 in Japan, marks the arrival of this series into North America, and one shouldn’t be too concerned with narrative when jumping into battle with the giant insect antagonist invading the streets of Tokyo.   Beyond the multitude of weapons and collection of different soldiers one can access throughout the game, the objectives are simple: shoot at the insectoid antagonists from a third-person perspective and save the world. Even by the standard of over a decade ago, however, critics were quick to point out the deficiencies in the graphical presentation and the dialogue, as well as its repetitive nature. For those who are tolerant of lower caliber graphics and just need to blast a few insects, however, Earth Defense Force might just hit the spot, if only for a little while.