When one thinks about the summer months, they typically imagine bright sunshine, flickering water, and vibrant fireworks … but not so much Sony and their slate of PS+ freebies for the month of July.  Instead, the big PS4 title this month hinges on a heavy mood – wink, wink – while the other taps into grim curses and violence involved with an open-world fighting game. The others may have a few rays of color involved, but they’re largely uninspired choices that seem born of obligation at this point, and the big draws this month lure players into shadowy, ominous atmospheres that’ll keep one occupied out of the summer heat for a dozen hours or so.  Let’s take a glimpse at the games. 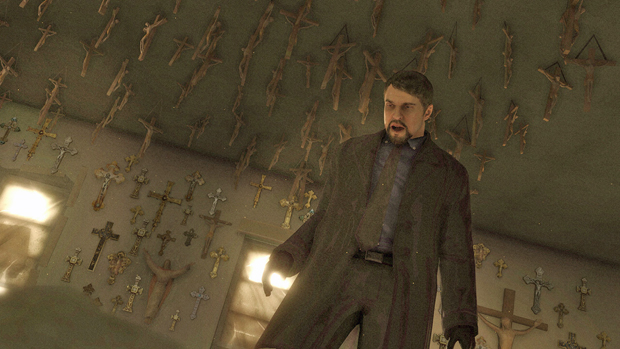 Just two months ago, Sony offered David Cage’s cinematic quasi-videogame Beyond: Two Souls as one of their free downloads, and I mentioned that the one-two punch of Indigo Prophecy and Heavy Rain were responsible for establishing Quantic Dream’s reputation. Well, just two short months later, they’re offering his sophomore effort, Heavy Rain, the one that essentially put him on the map. In the pursuit for the Origami Killer and an abducted child, the story effectively blurs the line between interactive storytelling and actual gaming controls, taking on the perspective of several different people associated with the investigation. Branching choices yield different iterations of the conclusion — nearly two-dozen — though they all follow along the same twisted, insane trajectory through psychological suspense. There are holes that draw the narrative into question, and there isn’t a lot of actual enjoyment to be had with Heavy Rain as a “game”, but there’s no discounting the mesmerizing experience involved here.

Ever since BioWare delivered a shockingly innovative experience with Jade Empire, players have been pining for another open-world, RPG-esque experience hinged on martial arts and customization. A sequel to Jade Empire still hasn’t happened – and likely never will – while other games like Sleeping Dogs and Remember Me nail a few of the ingredients without getting the complete package; one has the open-world aspect, the other has a custom combo feature, etc. Absolver gets rather close to the full idea sand role-playing elements, featuring a fluid ancient open-world atmosphere in which the player customizes their avatar – both their attributes (except for the face, which is covered in a mask) and their fighting style — and engages in hand-to-hand combat with its denizens.  A short campaign, halfhearted reliance on “training” others post-campaign, and a general lack of depth keep it from landing all the right blows, though. 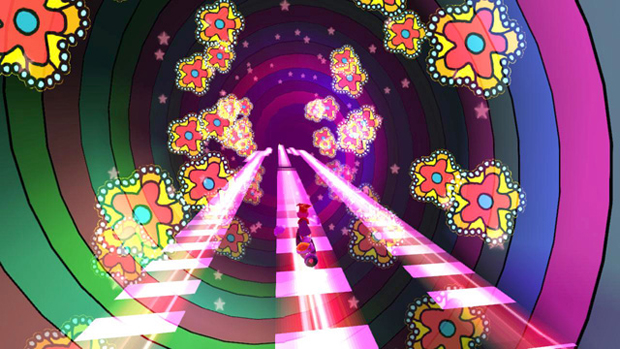 It’s no surprise that both the big subscription services depend on the Rayman franchise for a dose of all-ages fun every couple of months or so. Ubisoft has yet to deliver an outright bad installment, and the reliable platform design and zany aesthetics make for something just about anyone can pick up and enjoy.  Rayman 3 remains a less-popular but still well-regarded entry, a remastered version of Hoodlum Havoc that preserves the majority of the original version’s charms and challenges, give or take a few aesthetic elements laced into Rayman’s battle with Andre and his (hood)lums.  It plays like the original game with gorgeously enhanced visuals, so it’s hard to find anything to complain about there.

If Ghostbusters, Castlevania, and the original Donkey Kong were thrown together in a blender, then you’d have something pretty close to Extreme Exorcism.  A pint-sized platformer with a lot of attitude, the premise follows Mae Barrons as she rids a mansion of the ghostly presences within, forcing the player to bounce between ledges and gather weapons while she’s a bustin’ ghosts.  The kicker? With every victory over one spirit, another one forms that learns from her prior behaviors and copies them, adding additional challenges to her level completions. A novel opponent mechanic, a spunky demeanor, and multiplayer functionality may not have a scared up much attention at release, but perhaps it should have. 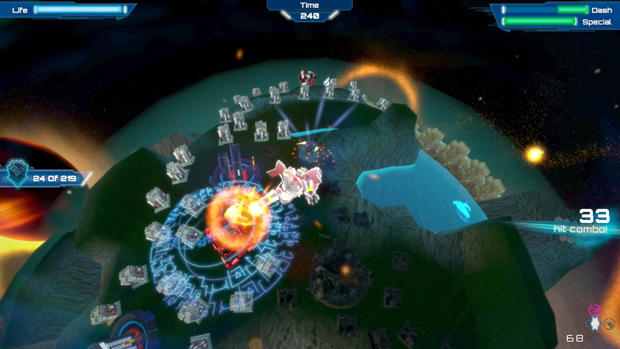 Apparently, the ability to create and destroy your own worlds still isn’t enough for Space Overlords.  Imagine the globe-spinning feel of Super Stardust HD, only with the top-down space shooter gameplay replaced with clunky robots moving around on the land, operating at a much slower pace as they move to destroy objects.  Critics have been nothing but harsh on this title, having little to compliment beyond the noble intentions underneath glitchy, sluggish execution.

Interestingly, over the past few months, Sony has been veering away from their regular rhythm of visual novels.  They’ve somewhat returned to that with Zero Time Dilemma, though it’s a slightly different beast than those other popular interactive stories.  Set in the universe of the long-running manga series, the story relies entirely on escape-room puzzles and moral dilemmas, amplified for effect with lingering shots on the character while contemplating exactly what to do.  Both critics and fans responded well to the suspense and how the subtle gameplay interweaves with the narrative.