Sony recently announced that their PS+ subscription service will stop offering free PS3 and PS Vita games by March of next year, which might be a welcome reprieve considering the unexceptional filler titles that have been included alongside the more marquee goodies for the PS4.  As if they needed to cushion the blow, or perhaps distract from the news, Sony are also offering one of their absolute best slates of free downloads for this month … at least, in terms of their current-gen console. A complex RPG favorite, a (mostly!) family-friendly title that’s been turned into a successful movie, and a batch of those tempting curiosity games — y’know the kind: those that are interesting, but maybe not interesting enough to buy outside of a big sale — make for a sublime arrangement this time around the PlayStation Plus carousel. Let’s dig in. 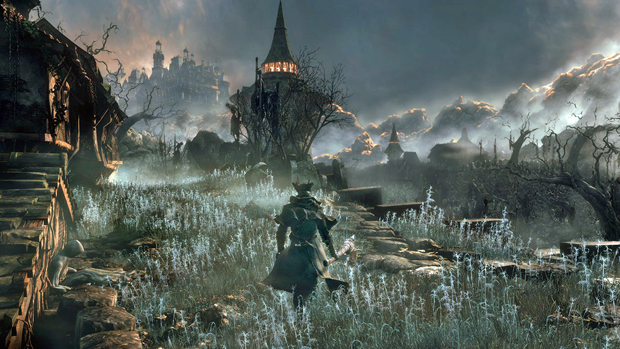 The folks at FromSoftware had been making games for nearly a decade and a half before Demon’s Souls was released, but it’s tough to ignore how crucial the success of that release was upon their stature, both among the industry and how playing their game led to a degree of gamer street cred.  Other, arguably better Souls games have come and gone within that time, which added to their very specific reputation: they’re the makers of those hard-as-hell RPGs. Bloodborne may not have “Souls” in its title, but it emits the same dark, complex, challenging energy as those games, only with a few notable twists on the world-building and weaponry that make it just distinct enough to stand apart from ‘em.  Difficulty is relative; fans of FromSoftware’s catalog may claim it’s not as difficult, but they’re all in a spectrum of their own.  Risk and reward, trial and error, twitch responsiveness … yeah, Bloodborne’s a beast, but one that’s earned the label of being one of the best exclusives, if not the best, on the market.

The Souls games — and, by association, Bloodborne — are incredibly dark and violent, though, so to offset the heavy mature-oriented tone of that title, Sony have also presented to their subscribers a classic lighter-hearted duo: Ratchet and Clank. This installment, which has previously appeared in Ben’s Bargains’ Holiday Gift Guide, was released alongside the movie adaptation of the series, both of which reimagine the story of the original, beloved PS2 game. The third-person mechanics that have evolved across time and releases mix with the classic storytelling devices, in which Ratchet meets and teams up with Clank before rushing to stop the destruction of planets across the galaxy.  While their big-screen debut didn’t make much of an impact, this latest heroic journey with Ratchet and Clank from Insomniac Games may have revved up an idling franchise. 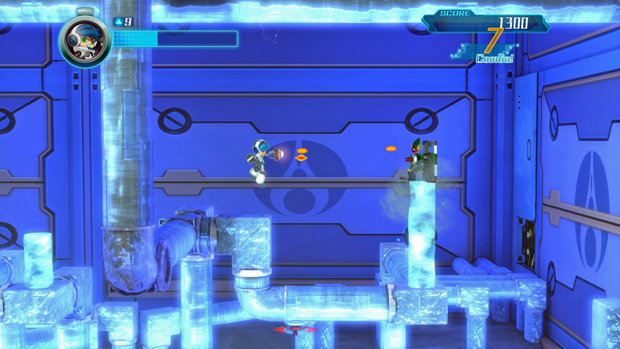 In the early ‘90s, developers took turns throwing different sorts of animals into standard platform games as the main characters. The likes of Gex and Crash Bandicoot proved that enough variation could be drawn from their individual characteristics, controls, and general tone of the setting to keep audiences happy, especially those in their younger demographic.  Legend of Kay arrived roughly a decade after those other games, matching the structure of a Legend of Zelda-style adventure game as the player controls Kay, a feline martial-artist who embarks on a quest to dethrone the authority of the domineering Minister Shen.  Legend of Kay’s blend of martial-arts combat and platform design was remastered for current consoles a few years back, to mediocre reviews directed at its lack of innovation and bland narrative that struggle in the modern climate.

Over the course of a decade — late-‘80s to late-‘90s — the Mega Man franchise received a slew of installments, amounting to eight (8) entries in the primary canon. Despite having a loyal fanbase, the two-dimensional mechanics and duplication of the concept seemed to have soured with Capcom, as the little blue hero received very little attention for the decade after that, leaving fans waiting a long time for the fabled 9th installment.  Desires for that new entry and for a modernization of the concept provided the inspiration behind Deep Silver and Inti Creates’ crowd-funded Mighty No. 9, which duplicates the general look and level design of Mega Man to a degree that almost seems like infringement upon the property.  Despite nostalgia and enthusiasm for a similar game, and snazzy contemporary graphics, the execution of the concept comes up short with problematic controls, hitches in difficulty, and seemingly obligatory design imitation of previous Mega Man titles. (Also available on PS4) 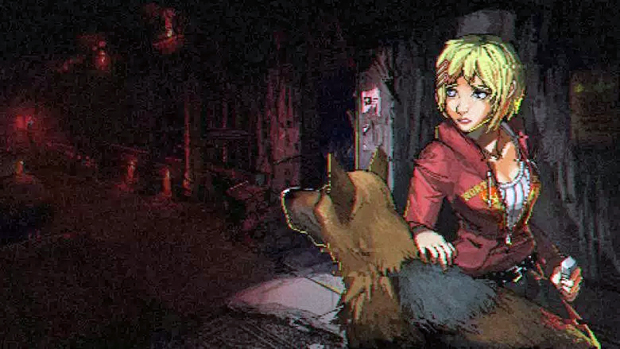 Oddly enough, Claire attempts to fill a similar void to that of the intentions behind Mighty No. 9, only in a backwards way and with the survival horror genre.  In the vein of Silent Hill, the game features a young female protagonist — Claire — who gets lost and immersed in a nightmarish, metaphorical realm shaped by her traumatic experiences. While different from most experiences of its ilk, the two-dimensional pixel-based graphics capture the same shadowy atmosphere as its predecessors, where it’s unclear whether a physical or emotional terror awaits on the other side of corners or doors. Reality warps, mysteries are unearthed, and monsters emerge from the darkness as classic gaming sights-‘n-sounds mesh with survival horror accoutrements, though critics of the game will point out the problems of its mechanics as, well, a game. (Also available on PS4)

Tucked in with the rest of the recognizable names is Bombing Busters, a straightforward action-puzzle experience with more than a few similarities to the perennial NES favorite Bomberman.  What it lacks is differentiation from its inspiration, emulating the concept too closely without many distinguishing traits.   (Also available on PS4)