February’s PS+ offerings function similarly to how the main character in one of the included titles operates, gathering together shiny, colorful games with little rhyme or reason behind their selection outside of getting to the requisite size for the month.  There’s a fairly even distribution between the style of gaming – two third-person adventures, two 2D platformers, and two turn-based RPGs – but drawing those similarities and mentioning the anime-style artwork of a pair of ‘em is about as cohesive as this selection gets this time around. Without a strong, popular title and without very many of the games receiving terribly high critical or commercial marks, what’s left is a marginal hodgepodge for Sony’s subscription service that hasn’t gathered together a whole lot of noteworthy value this time.  Let’s look at the individual parts. 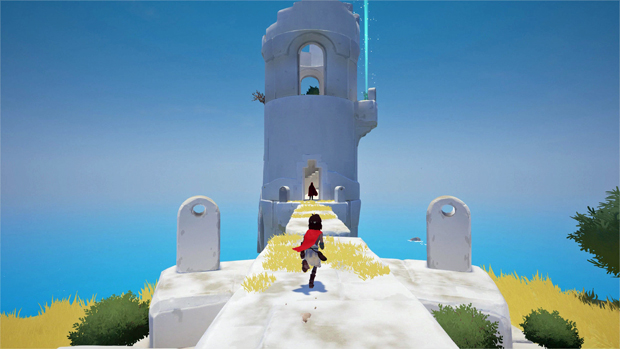 Game storytelling has taken on different shapes over, say, the past decade and a half, where the poetic purpose of a game can oftentimes be enough to offset the shortness of its length or the simplicity of its gameplay. Tequila Works’ RiME is one of such games, borrowing a similar aesthetic and flow from the successes of Team ICO and thatgamecompany as it tells the story of a young boy stranded on an island.  Basic controls allow the boy to interact with his environment while in search of a man in a read cloak, which interweaves with the storytelling involved with flashbacks to how he arrived in the first place. While there are environmental puzzles and secrets to discover in RiME, the shallow mechanics tend to be secondary to the overarching purpose of the narrative, which taps into deeper reflections of the nature of grief itself.

The Katamari series got the ball rolling with the experience of adding more and more stuff onto an object or character being moved around by the player. The spherical shape taken on by the amassed stuff offered a limited and specific experience, though, one that isn’t exactly dictated by the normal characteristics of a humanoid entity moving around in normal fashion.  Knack brings together the mechanics of platform games and standard third-person controls with the idea of the character gaining size as they move closer to … well, stuff, more specifically with ancient relics as they snap onto the body of Knack. The character’s shifts in size, from barely knee-high to as tall as a building, impact the capabilities that they’re able to unleash around the environment, including being able to break off bits to unleash big attacks against an army of goblins. There’s novelty in Knack, but many cite a lack of variety and true gameplay meaningfulness as pieces missing from the puzzle. 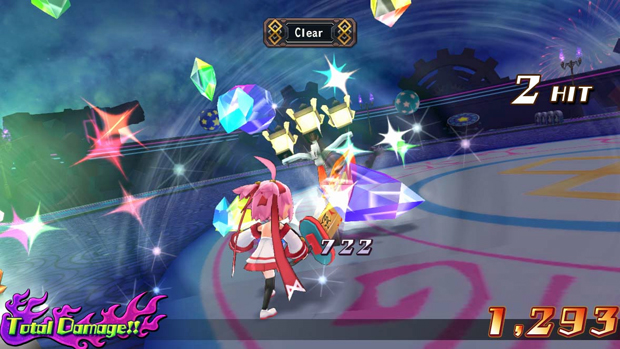 With its timed bombs, moving stalagmites, and fickle rotating platforms, Spelunker developed a reputation for being exceedingly difficult upon its release on the NES, and that hasn’t really eased up over time. Therefore, it wouldn’t be difficult to design a remake that somehow managed to be less difficult … yet Irem Software didn’t exactly achieve that with Spelunker HD. Hinged on deep (literal) exploration and excavation of trap-riddled tunnels, the game ensures that there are plenty of obstacles to complicate the journey downward (or, occasionally, upward), grasping onto old-school control mechanisms with suitable, if shrug-worthy — and optional! — HD graphics and multiplayer functionality.  The difficulty’s still there for both fans and critics to note the frustration involved with playing the game, so proceed with caution.

The sequel to Mugen Souls, this installment switches up protagonists but latches onto the same kind of gameplay, as well as the saccharine – and scantily-clad — anime attitude.  Instead of Chou-Chou, the powers of the universe have transferred over to Syrma, who must engage a threat to her realm that has recently come to light. A recognizable fusion of turn-based and battlefield-roaming combat, echoing Compile Heart’s other anime-themed RPGs, adds rudimentary gameplay that gets the game between interactions, whose exaggerated nature hasn’t been received well by many. 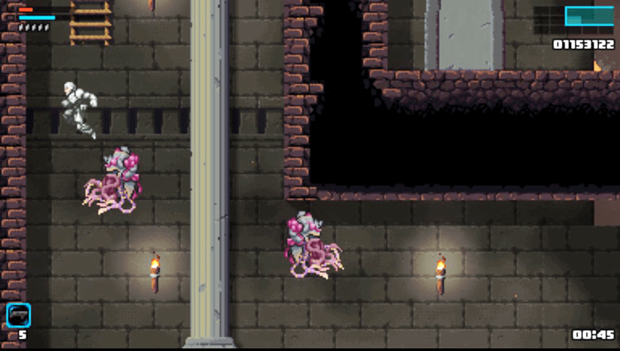 Sometimes, all a game’s gotta do is trigger a memory of a bygone era to make one identify with it. Exile’s End should have no problem doing so for players who’ve experienced the delights of Metroid and Castlevania-style games, hinged on a group of mercenaries unleashed on a remote planet in search of a the son of a powerful corporation. Chief among them is Jameson, an older solider harboring a complex past, and his pursuits to revitalize communications unearth more about the operation than intended. With wall-to-wall tropes driving the story, Exile’s End puts into motion its retro gaming design as Jameson explores and navigates staggered layers of the facility, though critics are quick to cite its old-school mechanics as time-worn negatives instead of elements that provoke nostalgia.

There are plenty of turn-based warfare games and almost as many set in fantasy environments that involve magic use, but few games have combined that kind of battle strategy with sorcery weapons. That’s a gap Grand Kingdom hopes to fill, in which four kingdoms squabble over the continent of Resonail, leaving the fighting itself to be done by mercenaries who embark on quests for their lords. Once movements are strategically selected across the battlefield, the game opens into anime-style conversations between the soldiers and then into more traditional turn-based warfare.  Fans of the likes of Final Fantasy Tactics will feel quite comfortable in the smartly colorful presentation and the relatively deep mechanics of battle, yielding a new online tactics-style franchise for the modern era.