Beercade: the arcade game that rewards winners with beer 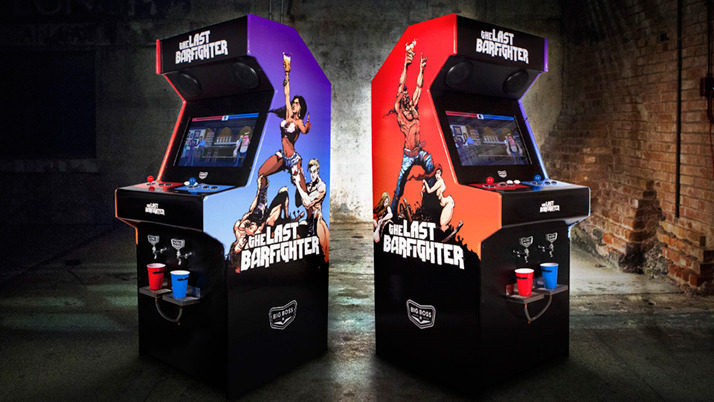 Developed by the McKinney creative agency, the Beercade replaces the coin slots on a traditional arcade machine with beer taps and encourages players to compete for some frosty, ice cold beer. Featuring a custom made game called The Last Barfighter, two players battle in a Street Fighter style of game featuring a dive bar setting, a crazy group of silly characters and a ridiculous set of fighting moves that include hurling fire, butt smacks and impaling characters with unicorn horns.

To start, the players must first place their cups underneath the blue and red taps. The developers of the machine have included two sensors within the taps that are triggered once the cups are in place. 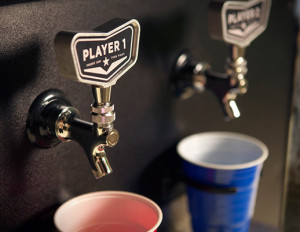 Players battle up to three rounds and the first person that wins two rounds will trigger their tap. The loser gets nothing and has to wait for another player for a shot at a free beer.

The arcade machine can house one full-sized keg and is set to dispense approximately three ounces of beer for sample tasting. However, the machine could easily be tweaked for longer pours.

The machine was specifically created for Big Boss Brewing Company, a brewery located within Raleigh, North Carolina. While it can be found at the brewery on a regular basis, the Beercade is displayed at local festivals, fairs and other events in the area.

The CheckOut Wednesday Giveaway has ended! Congrats to Michael G. as our grand prize winner of the iCade Arcade! Also, congrats to Tom A. as our runner up! Both of you should have emails in your inbox from us. To everyone else, tune back in tomorrow morning for a new giveaway. (and bring your lightsabers, hint, hint)
arcadebeergamingvideo games