So you’re up in a tiffy about that newly announced The Legend of Zelda: Majora’s Mask 3D bundle ($50). Nintendo figurines are all the rage right now, whether they’ve got NFC chips inside them or not, apparently. This Skull Kid figure, for instance, can’t help but pique you’re interest. All those Majora’s Mask memories are set to be rekindled come this 3DS upgrade.

You might as well dig right on in. If you want to go absolutely nuts, consider the Ultimate Limited Edition Bundle ($85), which groups that Skull Kid figurine with an official strategy guide. 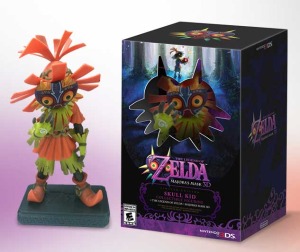 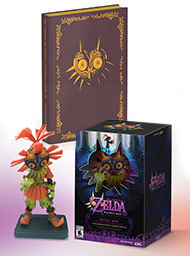 You can also just buy the strategy guide separately if that binding is just too fancy to pass up on. With only the figurine, the package is just $10 more than the game itself at $50. The strategy guide bundle, on the other hand, pumps it up to $85.

But before you do any of that, The Legend of Zelda Majora’s Mask 3D isn’t the only recent game worthy of a cute little extra bundled in. In fact, some of those games don’t even belong to Nintendo (gasp!). Sony’s got its own tradition of adorableness in the LittleBigPlanet franchise. LittleBigPlanet 3 is absolutely no exception. Indeed, the plush bundle ($60) is exactly what you’d expect: 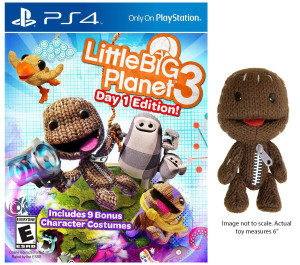 If you just can’t get enough Nintendo and you don’t already have an amiibo, consider for a moment these two bundles ($70 each) currently being offered at GameStop. No, they don’t come with games (those bundles will arrive eventually, though), but they do come with accessories bound to be quite useful for a console designed specifically for families and less important groups of people to play together. 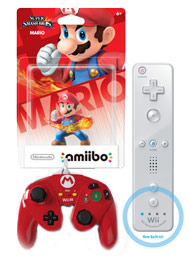 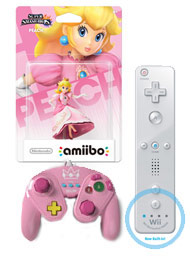 And in the “it’s basically a Nintendo game” category, we’ve got the Western release of Monster Hunter 4 Ultimate for the Nintendo 3DS. The pin included in GameStop pre-orders might not quite be as huggable as the Sackboy, but it might be just as adorable. This one might go quick. You’e got a couple months before the game’s March release date. 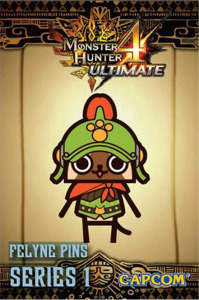 Our final item on this list isn’t attached to a video game, due mostly to the fact that nobody came up with the obvious idea to make a Guardians of the Galaxy video game. Nevertheless, it’s at GameStop so its existence on this list is justified. Yes, this is the dancing baby Groot desired by all. 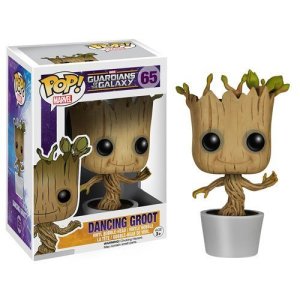 These Funko POP! bobbleheads are all the rage over at GameStop. Added to the Guardians of the Galaxy collection is a Howard the Duck figure. Frozen fans might be satisfied as well. Just don’t stray from Ben’s too long.