Basically, Nvidia connects to your existing gaming libraries, on services like Steam & Epic, and allows you to play cloud-based copies of those games via GeForce Now

This could be a particularly inexpensive solution for people that have an older PC or Macs, unable to push high-end graphic performance. The service also works on Nvidia Shield devices as well as Android devices (with 2GB with Android 5.0 (L) or later).

At launch, Nvidia is offering two tiers, a free-to-play option and a $5-a-month Founders edition. The 1st tier is limited to 1-hour sessions and you have to wait in a queue to connect. The Founders level offers a priority queue as well as sessions up to 6 hours as well as RTX (ray tracing) activated. 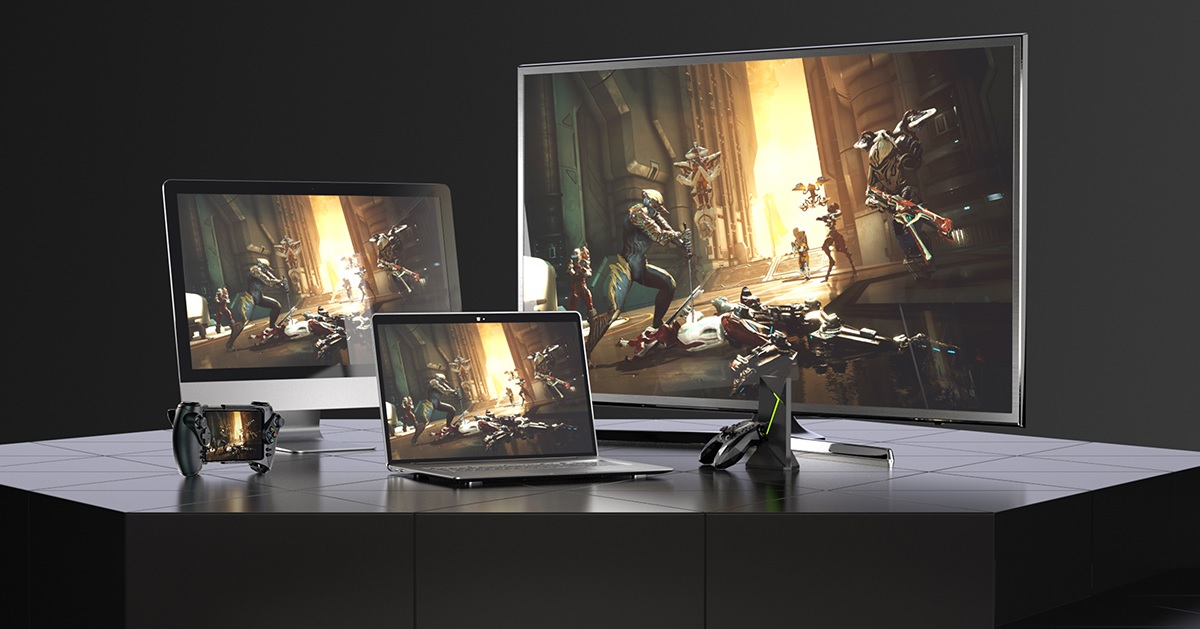 Of course, the quality of your stream is going to be highly dependent on the bandwidth you pay for. For instance, streaming at the highest bitrate at 1080p and 60 frames per second will require a 50 Mbps download speed. And if you have monthly data caps with your ISP, you could quickly hit your cap as that setting streams 15 GB of data per hour.

Of course, you can scale down data use with Nvidia’s preset data profiles. You also have the option of scaling up to 4K resolution and 120 frames per second. Be aware that anyone else on your network could potentially reduce the quality of your gaming stream if using other services like Netflix.

With high-end gaming PC’s potentially costing in the thousands (depending on how much you sink into your monitor / gaming cards), Geforce Now could be a bargain option for someone that simply can’t afford to upgrade for new, advanced games like CyberPunk 2077.

You can sign up for the free tier here. Just FYI, the Founders edition does come with a 90-day free trial. You can play for the first 90 days before being charged. Check out the video below to see GeForce Now on multiple platforms: