Home   >   Awesomeness   >   Shut Up and Take My Money: The New Chromecast Devices

Shut Up and Take My Money: The New Chromecast Devices

Announced today at Google’s Nexus press conference, the new Chromecast is a revision of the original model that offers up a faster Wi-Fi connection (5GHz 802.11ac) as well as data pre-fetching (basically loading content about movies / TV shows as soon as you launch an app).

The new Chromecast supports a barrage of new apps from Showtime and Sling TV as well as sports apps from the NBA and NHL. It also offers up greater support for mobile gaming—basically gaming on your smartphone or tablet while watching it on the big screen. 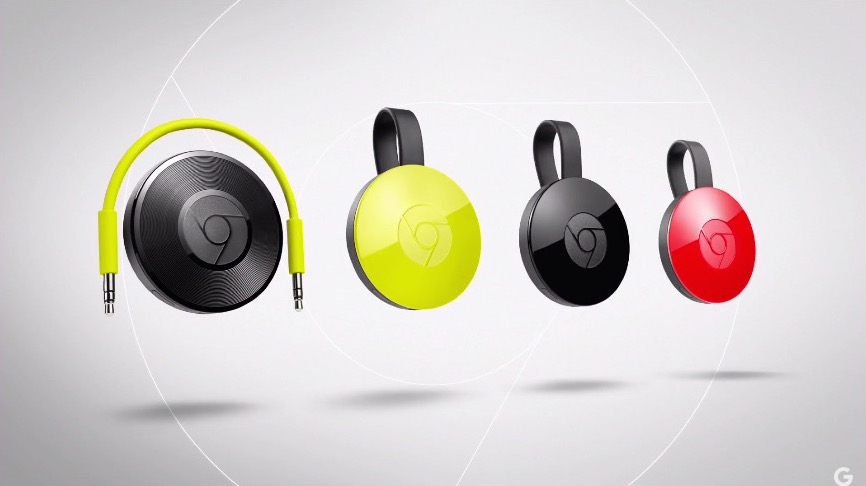 The new Chromecast also has a different design than the older model. Rather than using the USB stick mold, Google has opted for a round, puck-like design that’s available in three colors; black, red and yellow. It’s connected to your television via HDMI and will retail for the same price point as the last model: $35.

In addition to the Chromecast for your home theater, Google has created a second device in the Chromecast line, the Chromecast Audio. This device plugs into any speaker in your home, basically allowing you to stream music from your mobile devices. It also offers a guest mode, ideal for parties when guests want to stream their own music.

The Chromecast Audio isn’t limited to your own music collection either. You can stream music from Spotify to a Chromecast Audio device. Mostly identical in design to the new Chromecast, the Chromecast Audio will also be priced at $35. Both devices should be available today at retailers such as Best Buy and Walmart as well as the Google Play store.

Check Out the Chromecast on Google