We’ve all experienced that moment of inspiration in comics — when a superhero says something that both personifies their mission in life as well as their moral fortitude. Graphic designer Adam Thompson took notice of a few selected moments and added them within his “Heroic Words of Wisdom” series of the major DC comic heroes.

“In my mind, one of the most famous pieces of comics dialogue is the oath sworn by Green Lantern. I gave this some deeper thought and realized that the oath is, in a way, applicable to real life. Anyone, should they choose, can swear an oath to stand against evil. Then it hit me. Have all comic heroes said things that are applicable in real life? Have they all said things that can inspire any of us, comic fan or not?“

Beyond his work with the main DC crew, Thompson’s other work involves The Avengers, minimalist movie posters and other takes on superhero culture. You can take a look at his full portfolio on Behance here. Be sure to check out his full collection of DC Superhero quotes below: 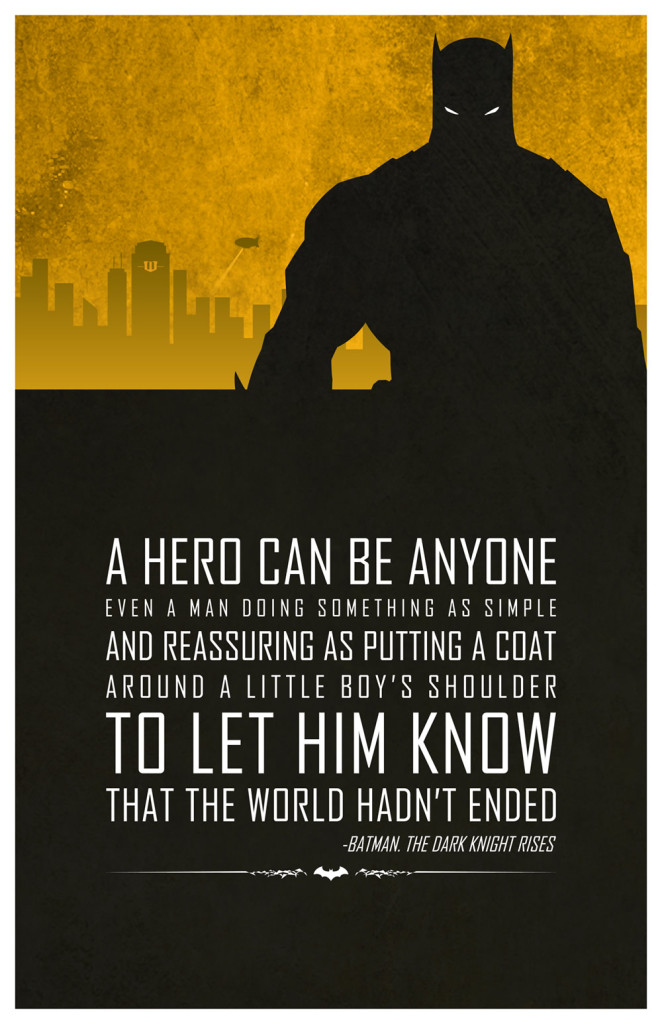 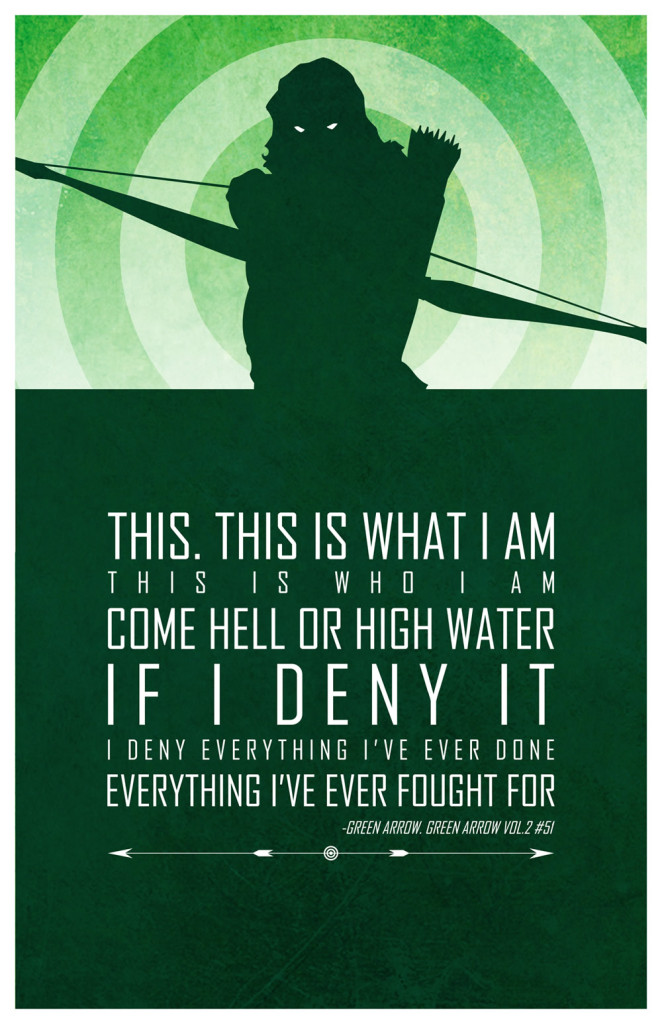 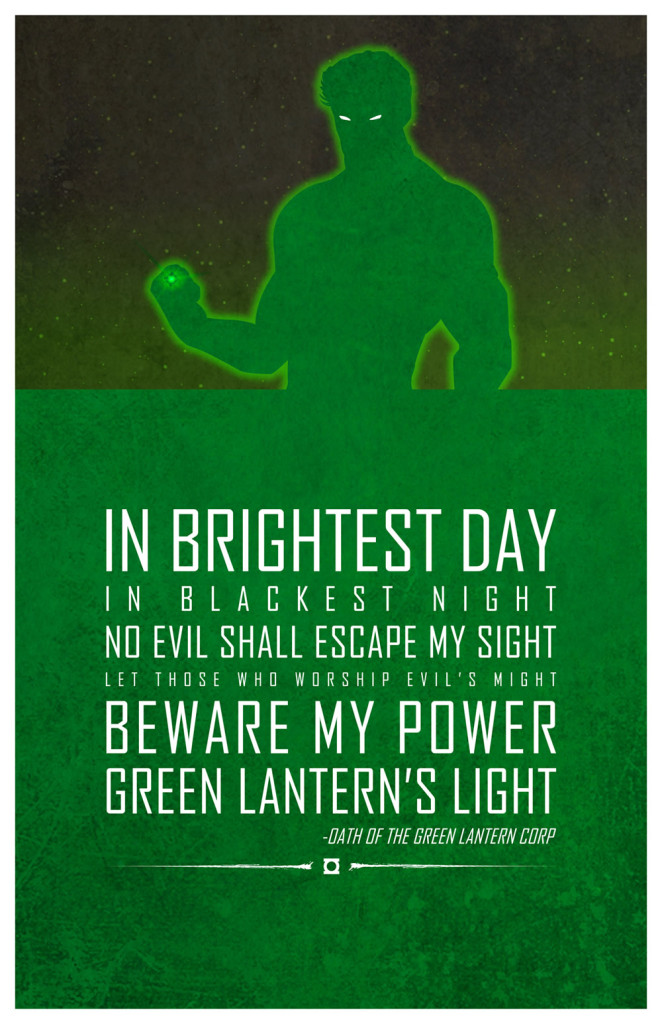 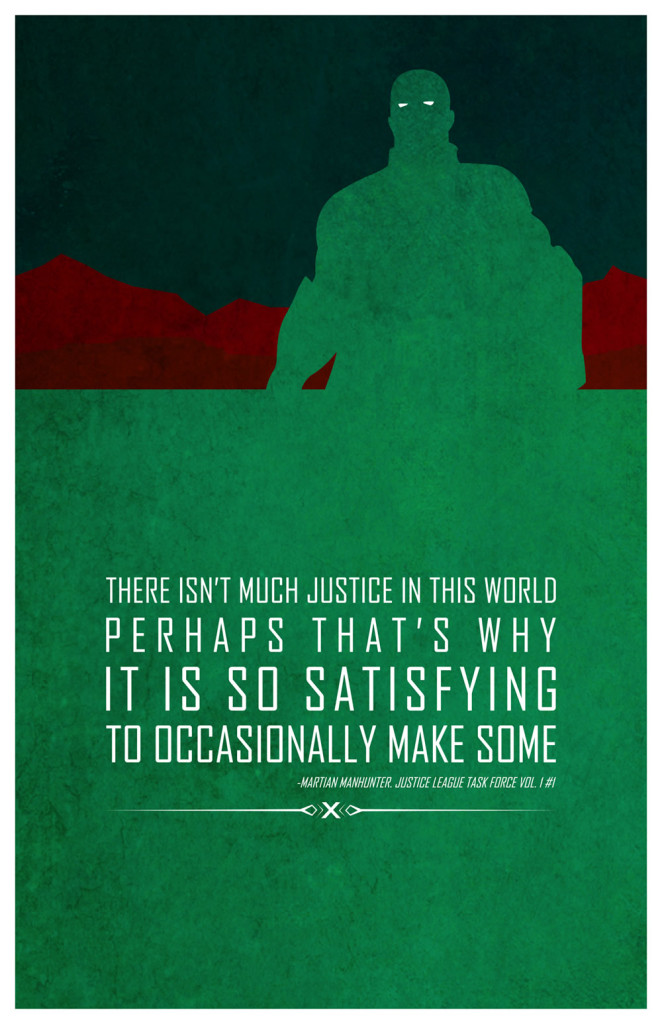 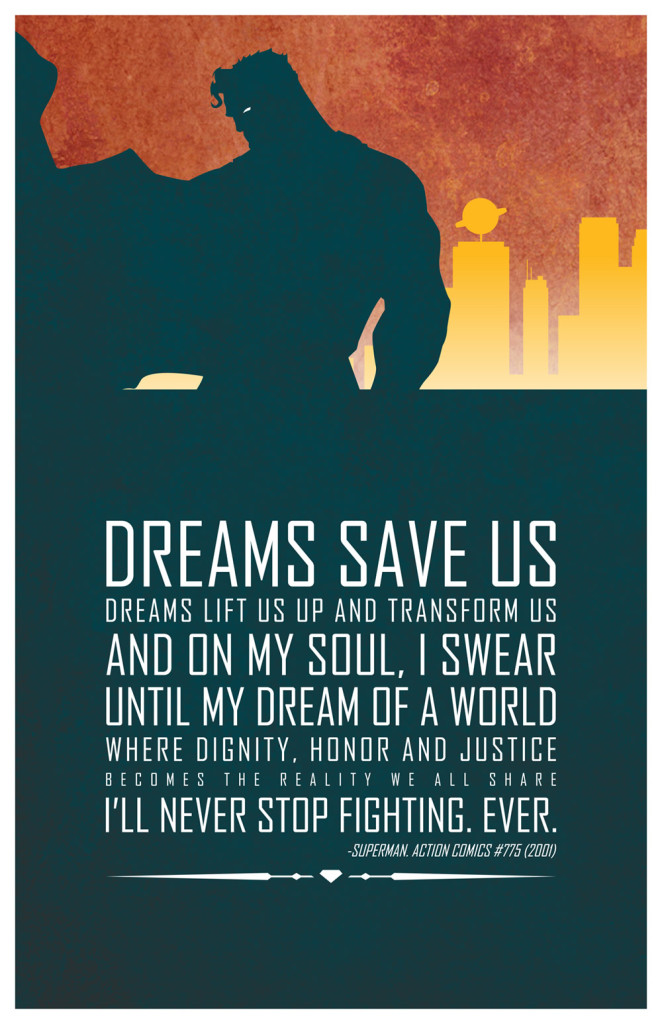 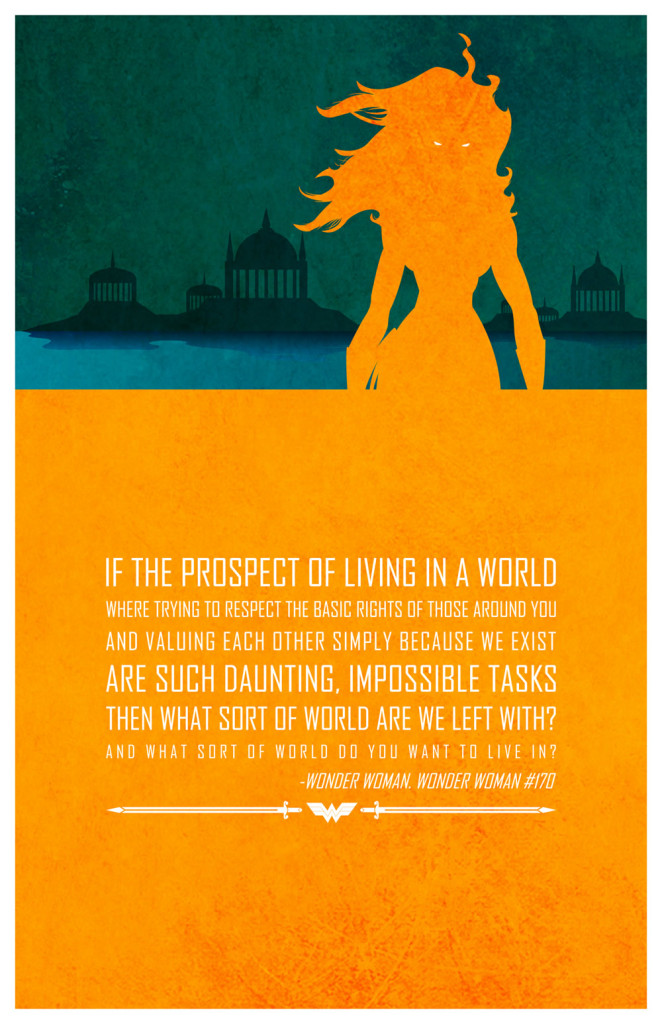 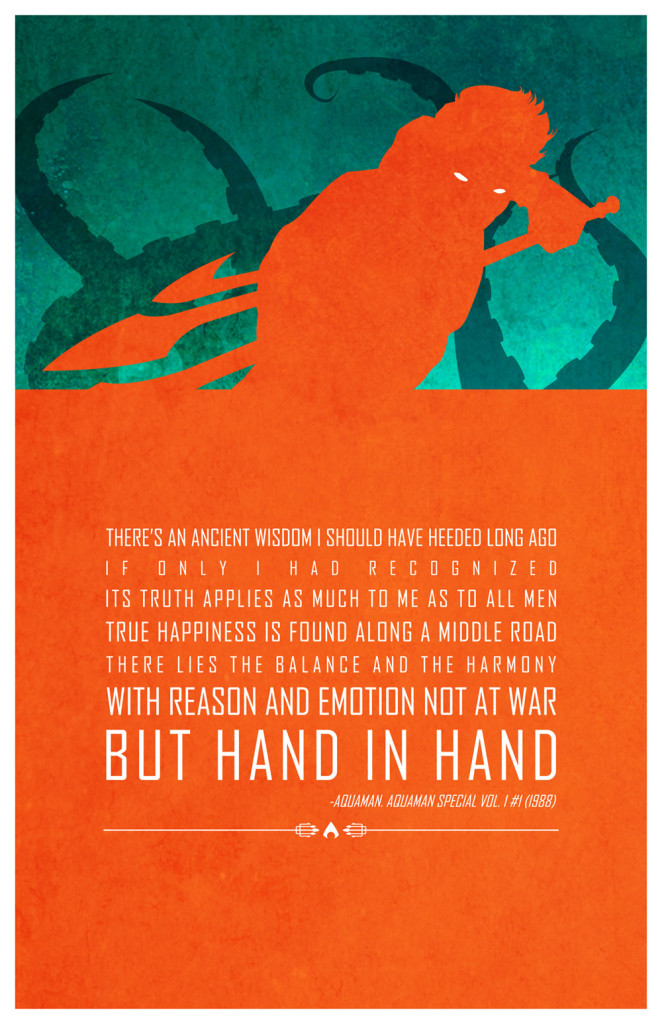 Which quote do you find the most inspirational?
BatmanDCflashpostersSuperman