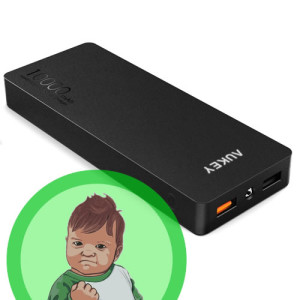 Power is always a necessity in today’s world of smartphones, tablets, laptops and every other mobile device that we carry around. Battery manufacturers have certainly recognized this need, thus the influx of portable battery chargers has somewhat exploded over the past five years. One such battery is the Aukey 10000mAh model, a battery that includes a Qualcomm Quick Charge 2.0 port for 2.4 amp charging of supported Android devices and 2.0 amp charging for supported Apple devices.

The Aukey 10000mAh Battery is 6.5 inches tall, just under 3 inches in width and less than an inch thick; roughly the size of two decks of cards stacked end to end.. The compact design makes it ideal for travel, perhaps more so than competing models from companies like Jackery. On one end of the portable battery, you will find a 1 amp charging port as well as the Qualcomm Quick Charge 2.0 port. In between the two port, you will find a LED light that can be activated with the power button on the side. On the opposite side from the power button, you will find the micro USB charging port. 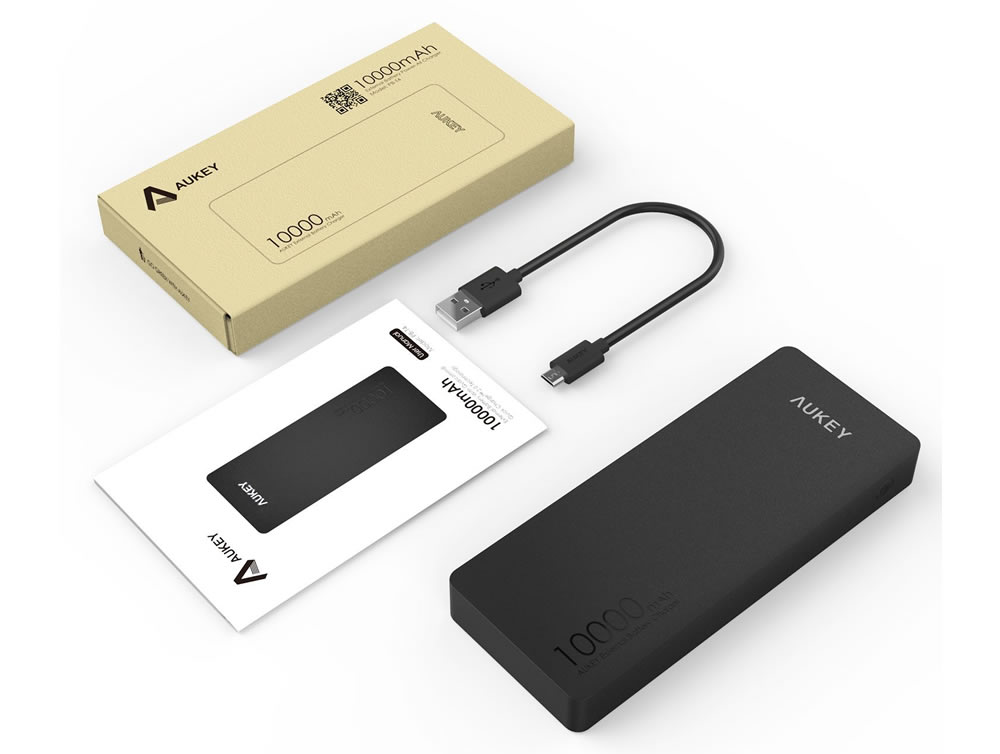 The battery is also lightweight, far less than one pound in weight. There are no power meters on the battery to indicate remaining power levels. Instead, Aukey uses indicator lights to provide an estimated range. By pressing the power button once, you can check the power. A white light means there’s 60 to 100 percent of the battery power left. A green light means 20 to 60 percent and a red light means between 0 and 20 percent of battery life left.

I performed a few timing tests with Aukey’s 10000mAh model, specifically putting it up against other chargers. Charging an iPhone 6 Plus from 50 percent battery life to 100 percent took about 75 minutes using the orange quick charge port; slower than a 2.4 amp wall plug that knocked it out the same in just under 60 minutes. However, I could find no decrease in charging speed between a 2.4 amp wall plug and the Aukey battery when charging up a Samsung Galaxy S6. It was charging at the same rate, ideal for anyone that needs a quick charge during a commute.

On average, you will probably get nearly two full charges for smartphones and one full charge for a tablet. When the Aukey battery is completely dead, it consistently took me just under five hours to completely recharge it using a 2.4 amp wall plug. The secondary 1 amp port performs pretty much identically to any standard iPhone charger from Apple. It’s roughly half the speed of the quick charge port, even less so when using an Android device. However, it’s nice when you have multiple devices to charge, ideal for families perhaps. 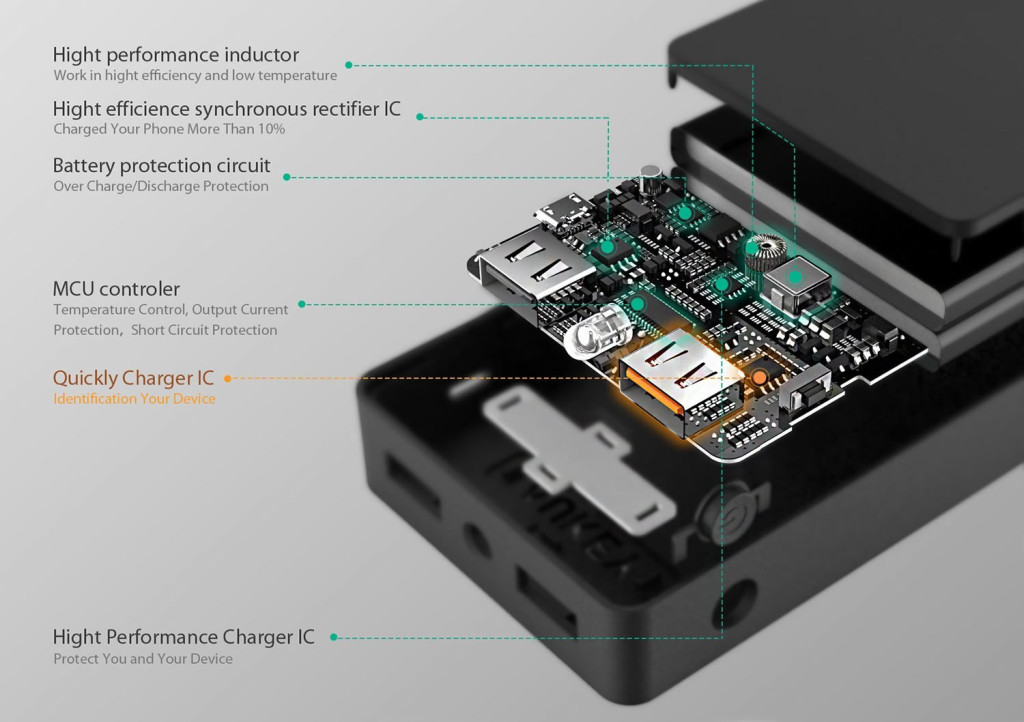 I didn’t have any issues with overheating. That can often be an issue with portable batteries, but the Aukey model stayed cool to the touch both when recharging the internal battery and charging up my mobile devices. I also didn’t have any issues with turning the LED light at the top of the battery on and off. The light is fairly bright, but I can’t imagine a scenario at home where I would be able to find the black battery in the dark. However, I can see how it would be useful when carrying it around in a laptop bag, ideal when searching through the bag at night or using the light to illuminate the lock on a car or front door.

If you have one of the Android devices listed at the bottom of the review, then this is definitely a great mobile charger. It would be ideal for anyone that runs out of battery during the day and doesn’t have access to any power outlets. If you have an iPhone, the Aukey battery is fast, just not as fast as a 2.4 amp wall charger. On average, the sale price on this model is usually around $30. That’s roughly the same sale price as the Jackery Giant+, a 12,000 mAh charger. However, the Aukey battery has a much thinner width, basically more portable, and a higher power rating for Android charging.