If you’re shopping for a new premium laptop this holiday season, you’ll discover that the “one size fits all” laptop is less common while niches have become the trend. There are 2-in-1 laptops (like the Lenovo Yoga), hybrid tablet/laptops (like the Surface Pro), gaming laptops, desktop replacement beasts, ultrabooks, fancy Chromebooks and, of course, Macs.

Intel’s 8th Generation Core processors (aka Coffee Lake) have made their way onto many higher end laptops just in time for the holidays. Just don’t expect Apple to join that game until the spring.

Our picks from last year could all easily be on this list again in their 2017 iterations. Let’s briefly review them because they’re still worth considering:

Now let’s take a look at 5 more premium laptops that are ready to join that esteemed lineup in 2017. 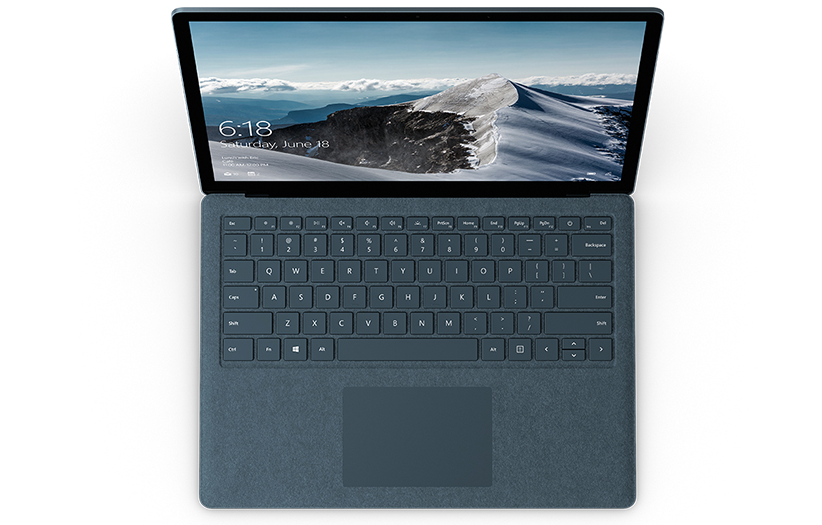 The Surface Laptop is still a premium laptop with premium specs and price tag, but its most controversial and talked-about “feature” is the Alcantara fabric around the keyboard. It’s been compared to the carpet in cars and it’s the most noticeable thing about the laptop when you first see it.

Base specs are a 7th gen Core i5 processor, 4GB memory and 128GB SSD. If possible, bump up to 8GB memory and 256GB SSD (for another $300), but decide before you buy, because you can’t upgrade later. It comes in 4 colors, but annoyingly the more attractive colors like Cobalt Blue are only available at the higher $1299 price point.

Also annoying: the Surface Laptop comes pre-installed with the walled-off Windows 10 S. The good news is you can upgrade to Windows 10 Pro for free by the end of 2017. Don’t forget to do that! 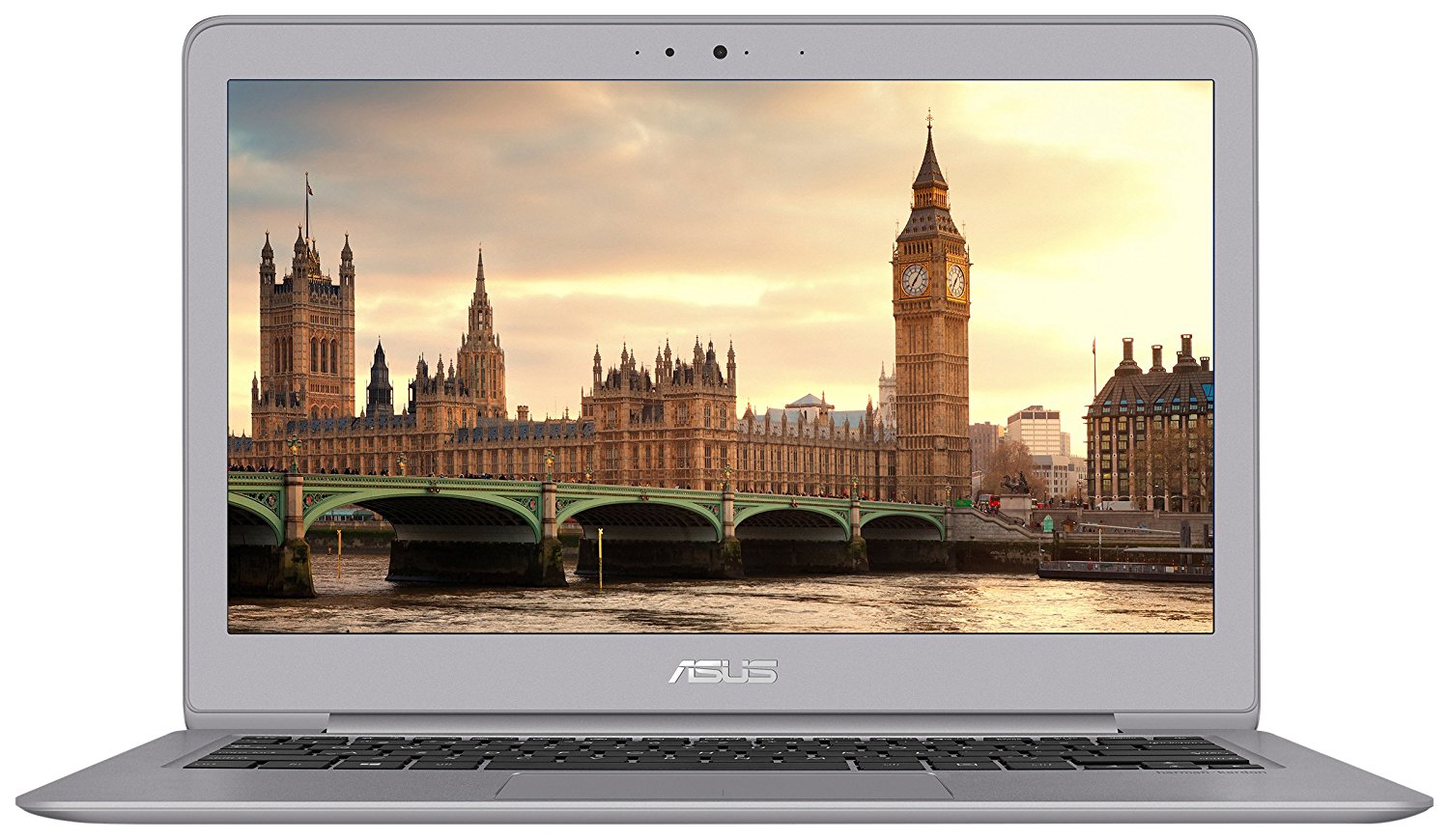 The ASUS Zenbook UX330UA-AH55 proves you can get a premium ultrabook for well under $1000 without sacrificing build quality or specs. If you plan to spend over $500 on a laptop, this is probably the best value on the market.

The Zenbook 13 has an amazing price when you get a Core i5-8250U processor, full HD display, aluminum alloy unibody chassis, 256GB SSD, backlit keyboard, fingerprint reader and USB-C Gen 1 port all in a half-inch thin package weighing about 2.5 pounds. There also three standard USB 3.0 ports so you don’t have to worry about adapters.

ASUS has paid a lot of attention to the details, but there are some issues like lack of upgradeability (pretty standard for ultrabooks these days), no touchscreen option and bezels that are about 5 years behind the times. It also really looks like the (now-dated) MacBook Air, but maybe you’re OK with that. 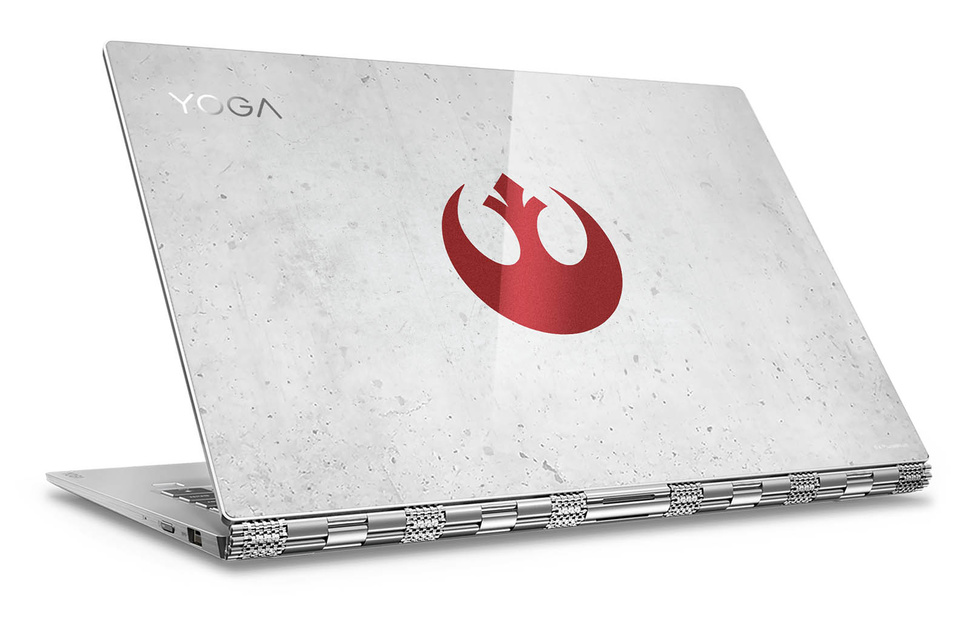 In 2017, Lenovo upgraded its flagship 2-in-1 with 8th gen Intel processors and new “far-field” mics for use with Cortana from as far as 12 feet away, much like an Amazon Echo. The Yoga 920 keeps the unique, attention-getting watch band-style hinge of its predecessors.

The base model is frequently discounted on the Lenovo online store and will get you the Core i5-8250U processor, full HD touchscreen display, 256GB SSD and 8GB memory. It unfortunately doesn’t include the new Lenovo Active Pen 2 ($60), which behaves similarly to a Wacom pen. Of course, shell out a lot more money and you can upgrade to more powerful specs with 4K UHD display, Core i7 and 1TB SSD.

For Star Wars aficionados, the Yoga 920 will also be available in December in Rebel or Imperial Gorilla Glass cover designs (already available for the Yoga 910, which we’ve seen on Ben’s for as low as $930)

Despite all the metal and glass, it’s still just a shade over 3 lbs. and a mere 0.55” thin and remains one of the more stunning laptops out there, this side of the HP Spectre. 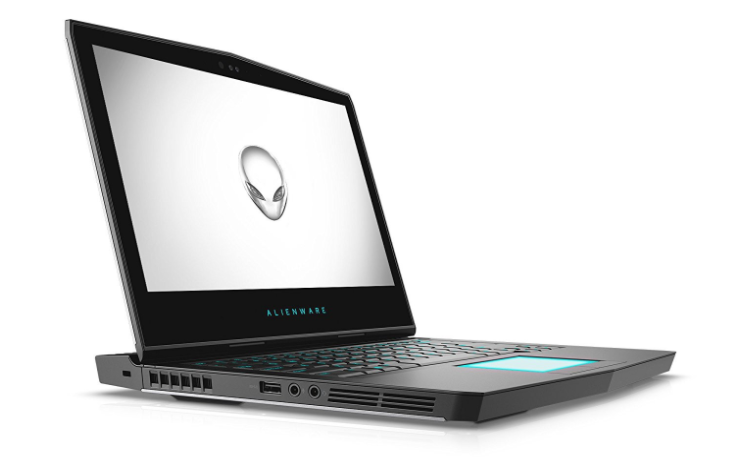 The redesigned Alienware 13 R3 hit the market this year as the first gaming laptop with an OLED display, and the 2560 x 1440 touchscreen is a beauty to behold.

The Alienware 13 R3 has also got a big, ahem, rear end because Dell moved the heatsinks behind the screen and used what’s called a “hinge-forward” design (about 1.5 inches forward). It allows the overall laptop to be under an inch (0.87”). While it’s relatively small for a gaming laptop,  it’s still pretty chunky at nearly 6 lbs. Beauty is in the eye of the beholder but let’s just say this machine is, uh, super, super boxy.

The VR-ready OLED model is packed with powerful specs: a 7th Gen Core i7 Quad-Core processor with 6GB GTX 1080 discrete graphics, 16GB RAM and 512GB SSD. You can easily get smooth video at 30 fps but not necessarily at 60 fps. Extra bling: there are four customizable keyboard lighting zones and even a backlight for the trackpad. 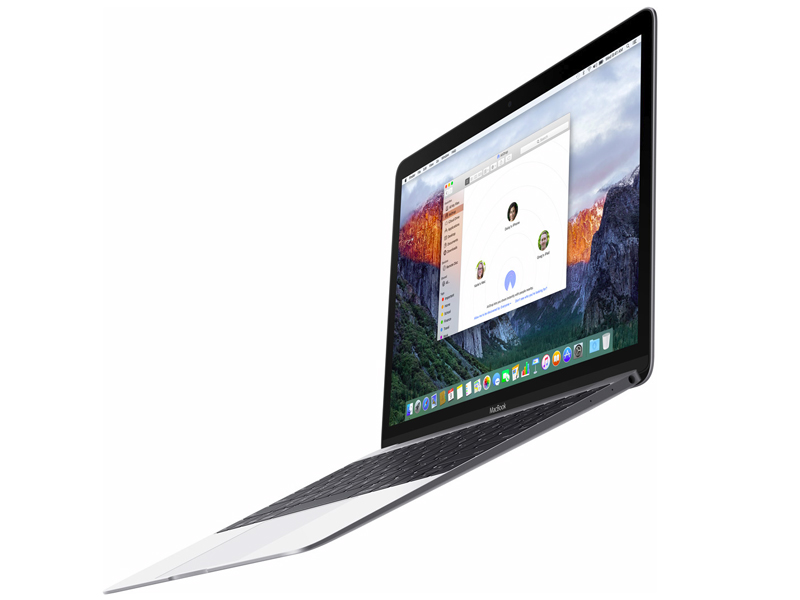 In its third iteration, the vanilla MacBook gets its biggest change in the form of an improved keyboard. The controversial “flat” keyboard has been replaced with one that has more tactile response—a good move by Apple that should convince some potential buyers who’ve been on the fence.

For years, MacBooks have been market leaders in terms of design and build quality, but in 2017 it does feel like the competition (such as Microsoft’s Surface Line) is catching up in those areas. Still, if you live and breathe in the Mac ecosystem and don’t need the serious muscle that the Pro series provides, the MacBook is really your only portable choice and you’ll probably enjoy using it more. The MacBook Air sadly now feels like a relic.

The base model with a Kaby Lake Core m3 CPU starts at $1299, which seems high considering the comparable $1299 Surface Laptop configuration has a Core i5 processor, but if you’ve worked with Macs long enough, you’re obviously willing to make that tradeoff.

With the Macbook 2017, you’re getting a delightfully lightweight (2 lbs.), half-inch slice of minimalist aluminum tech goodness that will warm the cockles of your Apple-lovin’ heart.