This first generation of NERF Star Wars toys will likely lay the groundwork for more advanced toys modeled after large blasters in all future Star Wars films. However, there’s plenty to appreciate in this group of toys, ideal for killing time while waiting in line in December.

Outfitted with a removable barrel extension as well as a folding stock, this two-foot long Stormtrooper Blaster comes with three darts and fires one long dart at a time. Appropriate for ages five and up, this blaster design was modeled after the Star Wars Rebels animated series. (MSRP: $25)

Including a shoulder stock, tactical rail and a removable scope, the First Order Stormtrooper Deluxe Blaster comes with a clip that holds up to 12 darts. Rated for children six years and up, the deluxe blaster can fire darts up to 65 feet. (MSRP: $40)

Modeled after the iconic bowcaster used by Chewbacca, the NERF version of the bowcaster includes a removable scope, tactical rail and five foam darts. Due to the addition of the string, this toy is rated for children eight years and up. (MSRP: $25) 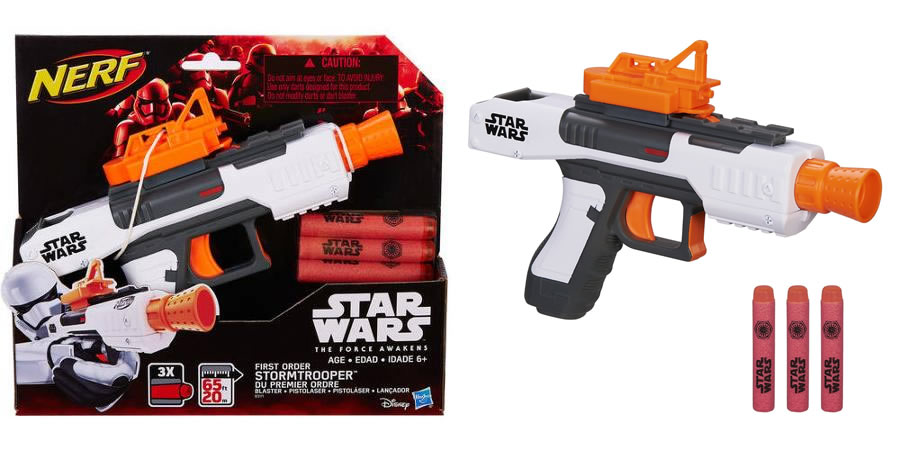 Also including a removable sight as well as a tactical rail, the smaller First Order Stormtrooper Blaster is modeled after a traditional pistol. The NERF blaster comes with three darts which can be fired up to 65 feet away. (MSRP: $20) 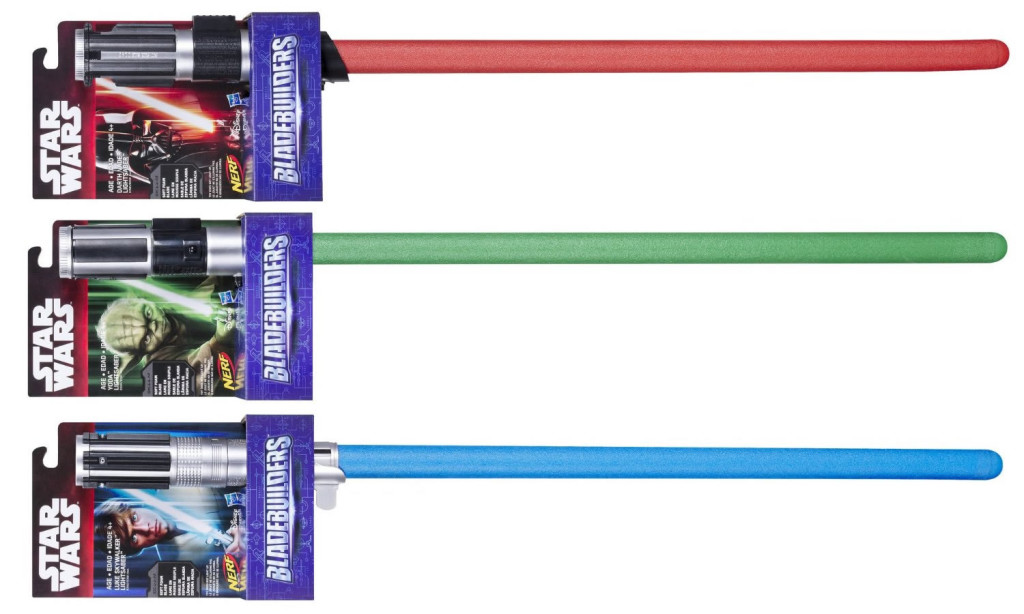 Rated for children ages four and up, the NERF lightsabers are a simple toy designed to replicate sabers carried by Luke, Yoda and Darth Vader. Be aware that reviews indicate the Nerf material breaks easily. If you are looking for a faux lightsaber that will take more of a beating, take a look at extendable, plastic lightsaber toys, like the The Force Awakens Kylo Ren Lightsaber. (MSRP: $15)