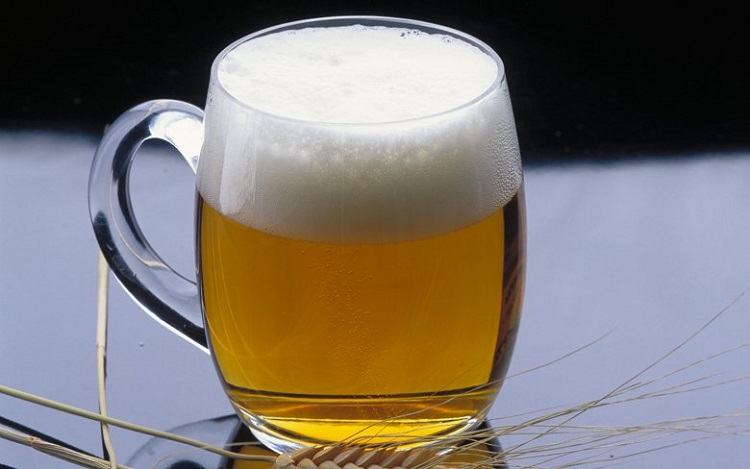 If your favorite brand of beer is simply one that is cold or one that someone else hands to you, you probably don’t make up the target audience for the increasing number of home brewing machines appearing. But if you’re someone who has tried nearly every microbrew out there and now are ready for the challenge of creating beer at home, you’re in luck! Several new, easy to use home beer brewing machines are well worth considering.

In the product list that follows, we’re taking a closer look at automated systems, where you add the ingredients and let the machine do all of the work. But if you want a bit more control over the brewing process, we’ve put together a great list of the six key products you’ll need to get started with home brewing without using an automated system. And if you’re looking for some deals on homebrewing products, we’ve collected those too. 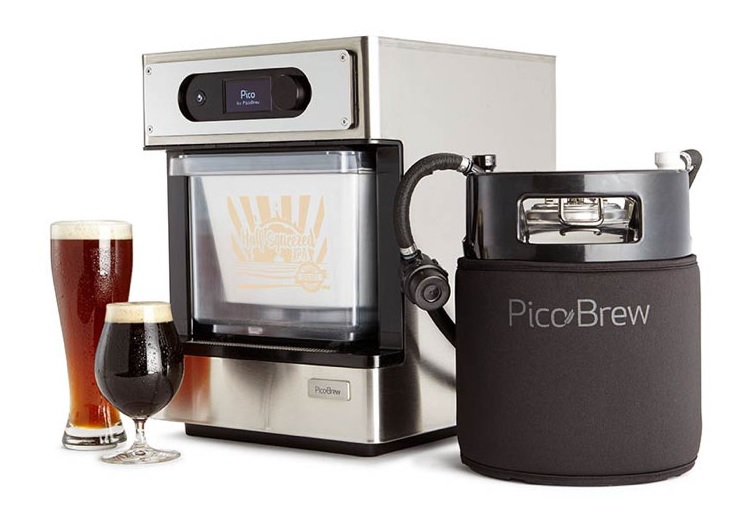 The PicoBrew home brewing machine was officially unveiled at CES 2017, after a successful Kickstarter campaign. It can make up to 5 liters of beer with dozens of beer brand recipes available from various brewers. You’ll purchase PicoPaks ($20-$30 each) that contain ingredients to match recipes for specific brands of beer from brewers. It takes a few hours to brew the beer with the PicoPak, and you’ll have to ferment the grains for 5-plus days before it’s ready to drink. The 5 liters is equal to about 12-14 bottles of beer, so this isn’t a cheap option versus purchasing beer from the store.

For those who want a little more control over the brewing process, PicoBrew is working on a system that allows you to order customized PicoPaks to change the taste of the beer by adjusting the grains included. You can pick the ingredients and the amount of each grain. Eventually, you’ll even be able to promote your own recipes through the PicoBrew Developers Program, earning a commission if others purchase your recipe, which is a really cool idea.

One of PicoBrew’s best features is the ability to clean the unit thoroughly after each use with a minimum amount of time and effort involved. This is an impressive invention that’s extremely easy to use.

The Brewie is a large appliance that can brew about 5 gallons of beer at one time. Brewie offers brewing with ingredients the company provides or with your own ingredients.

When working from your own ingredients, you can adjust the amounts you use for each batch, so it provides a bit more freedom than the PicoBrew. The company will give you recipes to try out with your own ingredients. After you’ve picked the recipe you want and added the ingredients, the rest of the process is automated. The front of the device includes a touch screen display to receive updates on the process and to issue commands.

Or you can purchase a pre-made “Brewie Pad,” which contains all of the ingredients needed for a particular recipe. The Brewie Pad even includes an RFID card that contains the instructions for the brewing process for your recipe. You just have to scan the card on the unit’s RFID reader, and the machine takes care of the rest.

You can order the Brewie, but only through the company’s web site at the time of this writing. And be prepared to spend some money, as the Brewie will cost you a couple of thousand dollars. 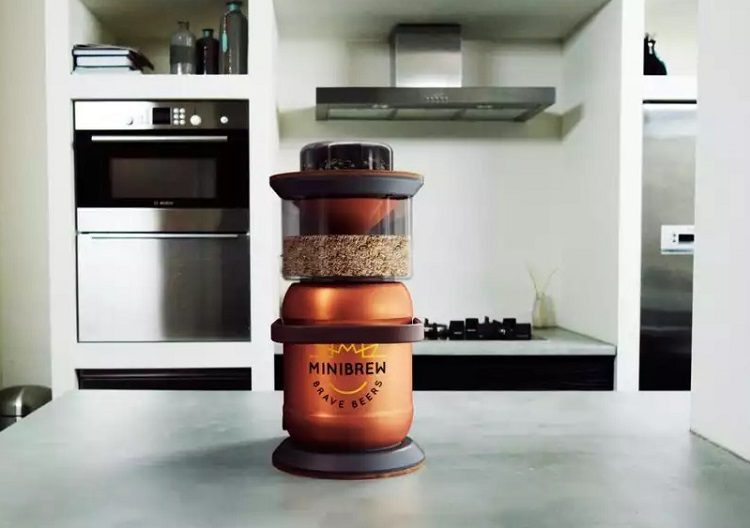 The MiniBrew comes from a European company that developed its product through an Indiegogo campaign and presented its product at CES 2017. The MiniBrew is sold through Indiegogo too for several hundred dollars, although you may have to wait a few months to receive one.

MiniBrew greatly simplifies the process of brewing beer at home, as you just add the ingredients and the machine does the rest. The unit even has a smartphone app included with it to count down the time until the MiniBrew is finished with your beer and it’s ready to drink. It can make up to 5 liters of beer at a time.

As with PicoBrew, the company has partnered with numerous brewers, allowing you to recreate their recipes at home. 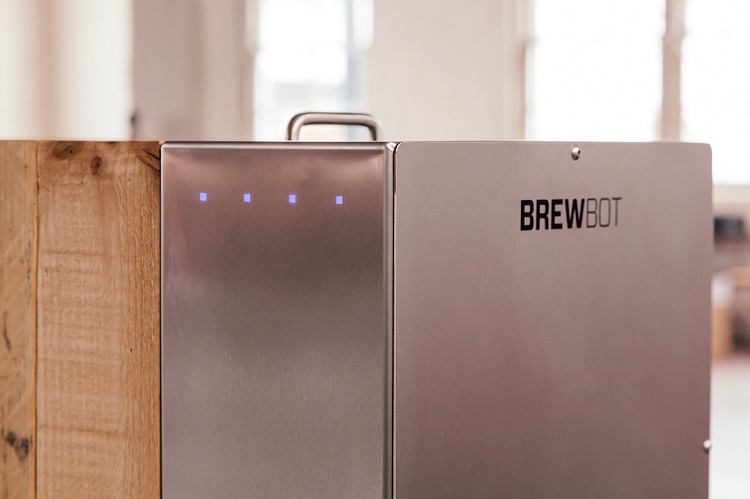 Brewbot is from a Northern Ireland company, offering a huge cabinet allowing the brewing of up to 30 liters of beer at a time (roughly 84 bottles of beer). The Brewbot is fully automated, using a smartphone app to keep the brewer updated on its process.

It’s aimed more at restaurants or bars than home users because of its size and cost of several thousand dollars. Still, if you have the money, Brewbot is the biggest option out there for the home brewer who wants to keep things simple but still wants a huge volume. 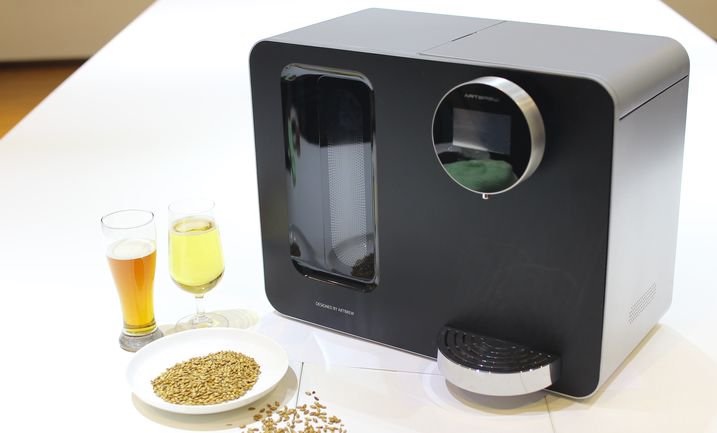 iGulu, formerly called Artbrew, is another automated home brewing system that’s working on raising funds through an Indiegogo campaign. And iGulu’s Indiegogo page is the only place to order the device at this point.

Once you have your ingredients, you’ll be following the instructions on the LCD screen on the device to create the type of beer you want to brew. The LCD screen and the accompanying smartphone app will keep you updated on the brewing process, which can take a week to three weeks for the entire brewing and fermentation process. The iGulu’s price for its Indiegogo supporters is several hundred dollars. 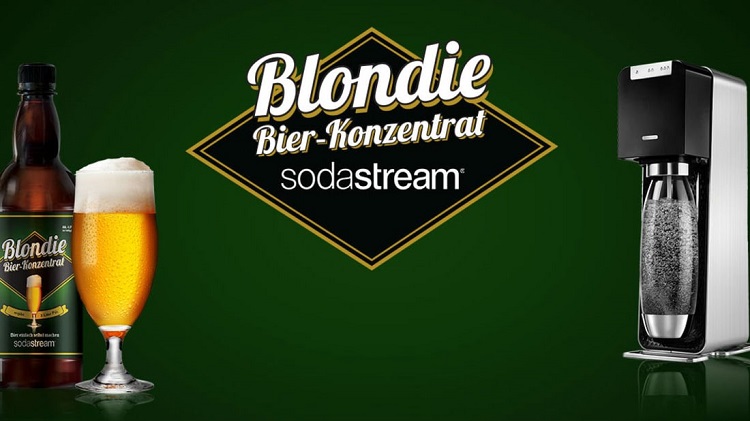 Now, even though the beer brewing machines listed above are easy to use, they aren’t quite the Crock Pots of beer brewing. All of the automated beer brewing machines listed here will require at least five days to brew and ferment the beer, so you can’t expect to set the machine up at breakfast time and have a cold, homemade brew in your hand by the time you get home from work. But there’s one other even easier option that speeds up the process of making beer at home.

SodaStream, the company that allows you to create soda at home, has created a similarly designed beer making machine called the Beer Bar. (I can’t quite bring myself to call it a home brewing machine.) According to SodaStream, you’ll mix water with a “beer concentrate” to create SodaStream’s Blondie brand of beer. It’s only available in certain European countries at the time of this writing, but the company plans to expand it to other locations in the future. At least initially, the concentrate is inexpensive, as you can make six to eight bottles of beer from it for only a few dollars.

At this point, it’s nothing more than an announcement, but Anheuser-Busch (AB InBev) and Keurig Green Mountain will be collaborating on an interesting in-home alcohol brewing machine. Consumers will have the ability to create beer, hard liquor, cocktails, and mixers with the machine at home.

Keurig’s expertise is in coffee brewing with pods at home, but the joint venture will make use of the Keurig Kold machine technology, which appeared in an at-home soda making machine a couple of years ago that the company has since discontinued. Anheuser-Busch will be contributing its beer and alcohol brewing know-how to the joint venture.

Anheuser-Busch offered a draft beer storage appliance called Draftmark several years ago, but it’s no longer available. It stored about 1 gallon of popular beer brands with refills available. So the company has some experience with providing beer-at-home options.

Love the name on this beer brewing system. This isn’t quite the same as the other simple home brew machines on our list, as you have to remove the grain manually before beginning the boiling process. But it’s also larger than the most of the automated home brewing options listed above, offering the ability to create 5 gallons (almost 19 liters) at one time. So if you want a bit more of a challenge right out of the box with your home brewing … this is an offer that you (probably) can’t refuse.