War, Fantasy, and Kombat Power Up the Can’t-Miss Video Games of April 2019

Ever since the ‘90s, upon its first at-home release, Mortal Kombat has intimidated competitors in the video game business.  No matter how many years go by, it seems as if the industry operates under the assumption that as soon as gamers get the latest gory brawler in their hands, they’ll be preoccupied for quite some time and ignore just about everything else. Looking at the releases for the month of April, whether intentional or not, that mantra looks to have reemerged in full-force: aside from Mortal Kombat 11 entering the fray, there isn’t a lot of new content getting released this month.  Instead, the other releases fall into a few categories: remasters of classic Final Fantasy titles, another time-sink destined to pull attention away from anything else coming out this month; and several ports of other action-RPG time sinks on the Nintendo Switch.  The best other titles can hope for is to coexist with the rest, something that’s entirely possible with the niches — and substitutions — filled by the others. 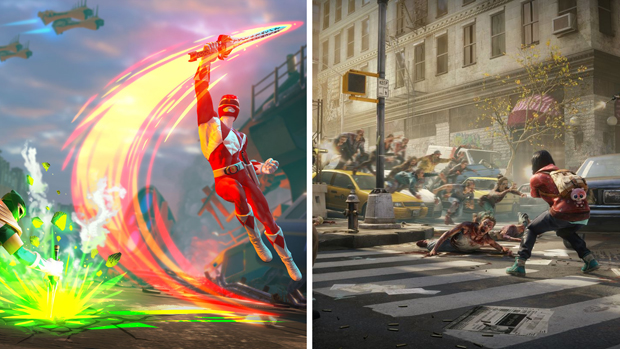 Power Rangers: Battle For the Grid

Oftentimes, whenever some kids are getting excited about M-rated games like Mortal Kombat, it helps for there to be a more reserved, teen-slanted take on the same concept so that more conservative households can jump into it instead of the bloodier, more violent alternative.  Unfortunately, that can result in what seems like pale, restrictive, deliberately younger-audience imitations that aren’t received very well. Power Rangers: Battle For the Grid was released a week earlier on the Xbox One and Nintendo Switch, and now squares off for battle on the PS4, telling a new story in the universe of colorful dino-ninjas and the mecha-vehicle “zords” that coincide with their designated colors/outfits.  The usage of vintage Power Ranger costumes – for both the heroes and the villains – meshes with standard 2D fighting design in what should tap into a mighty amount of fam-friendly nostalgia.  This one’s an inexpensive download at $20, which should curb some expectations.

Over the past half year or so, a few titles bearing the Final Fantasy name have made their way onto the Xbox One, but none of ‘em have been those iconic experiences that folks associate with being landmark PlayStation exclusives from generations past; even the 360 didn’t get to enjoy any of the ports. Well, the time has finally come for the green gaming machine — and Nintendo’s Switch — to relish those high-fantasy Japanese RPG titles, starting with Final Fantasy X and X-2 in the oft-released HD remastered package from  Square Enix.  Tidus may not be the greatest protagonist the series has seen, but the mythical tragedy entwined in his story and the world-building involved with the atmosphere and the plot’s trajectory more than make up for a little whining.  Complimented by the series’ traditional, yet deep and refined RPG system, this remains one of the greats, drastically improved through its makeover.

Recently, it was revealed that the planned sequel to the first World War Z film had somewhat officially been scrapped, much to the … well, apathy of many movie fans. On top of being a rough adaptation of a great book, it turned out to be little more than a passable zombie movie with mundane moral dilemmas for the genre.  Similarly to the confusion behind Telltale’s adaptation of The Walking Dead comics (instead of from the show), folks should know that this video game bearing the World War Z name serves as a loose version of the movie’s take on the story instead of from Max Brooks’ novel: a cascade of variations that probably lacks just about all of the source material’s substance.  With that out of the way? To be honest, the third-person zombie apocalypse gameplay looks hectic, somewhat referential, and possibly as engrossing as some of Resident Evil’s more vigorous moments. 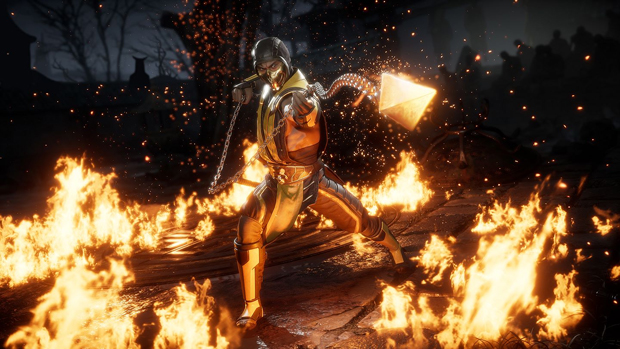 Ah, I remember when there were alternate releases of the original Mortal Kombat on home consoles, differentiated by the amount of violence available to each one: Nintendo’s version got the shaft with underwhelming “censored” versions of fatalities, allowing the unedited Genesis version to come out as the victor. Can you imagine if someone tried to pull that now? Regardless of the console it’s being played on, Mortal Kombat 11 will be unleashing its full violent glory across all modern systems, sporting graphics and gameplay similar to Mortal Kombat X from a few years back.  What’s different? Complimenting the seemingly more outlandish and violent Fatalities and Brutalities, accentuated by the insane reveal trailer, a series of new interim attacks and clapback gaps in combat lend it new versatility.  And, of course, there’s a roster of novel combatants both new and returning — Baraka’s beefy body and sword extensions look toothy and terrifying; Kano reminds me of his ‘90s movie appearance; Noob Saibot personifies nostalgia — that should get the blood pumping in just about any fan of the franchise.

But wait, Final Fantasy fans, there’s more! Two weeks is enough time to get through one and jump into another, right?  This one might offer something a little more substantial and inviting, though, as it’s not just a graphically-polished port of an older title.  Final Fantasy XII arrives on Xbox One and Nintendo Switch in its Zodiac Age incarnation, a version of the classic game released on the PlayStation in 2017.  While everything about the tale of politics and sky pirates in the realm of Ivalice remains intact in this port –along with the other extensive improvements made to the Final Fantasy formula that included a more open-world combat interaction system, camera control, and many other character-tailoring toolbox options – this version of FFXII comes equipped with the Zodiac Job System improvements to the game.  That includes 60fps graphical overhauls, speed-up controls, New Game+ (and New Game-), and of course the replay-enhancing Zodiac Job mechanics. Sure, the changes FFXII made to the franchise’s formula are still polarizing among devotees, but that shouldn’t deter anyone from embarking on this journey. 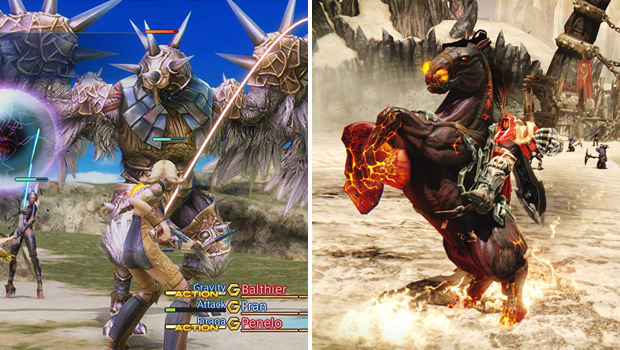 Scattered throughout the month of April are a number of worthwhile ports to the Switch that should be pursued, including two personal favorites of mine.  The Warmastered Edition of the original Darksiders leaps into the fray on April 2nd, while Dragon’s Dogma: Dark Arisen accepts its destiny and charges forth for the first time on Nintendo’s consoles on the 23rd.  Also, it would be a travesty to not at least mention the arrival of the Phoenix Wright: Ace Attorney catalog onto current-gen consoles, making its case for visual-novel dominance on April 9th on the Xbox One, PS4, Switch, and PC.