Six Rad Video Game Releases Worth Blitzing Through This August

The coming of fall means two very important things that frequently overlap with individuals, often with those of the video game culture: the arrival of football season, and the drive to watch more horror movies as Halloween approaches. August, of course, comes with the built-in expectation for one of gaming’s longest running and predictably high-quality titles that speaks to the sports fans out there, while a few new, spooky entries in the horror and apocalyptic genre will be bringing up the rear for that seasonal excitement.  Gamers who don’t fall into enthusiasts of those categories shouldn’t fret, though, because there’s plenty to look forward to in this reasonably stacked month, from an atmospheric third-person loot shooter to a newly revamped installment of a beloved action-RPG series. Let’s huddle up and talk about this month’s plays. 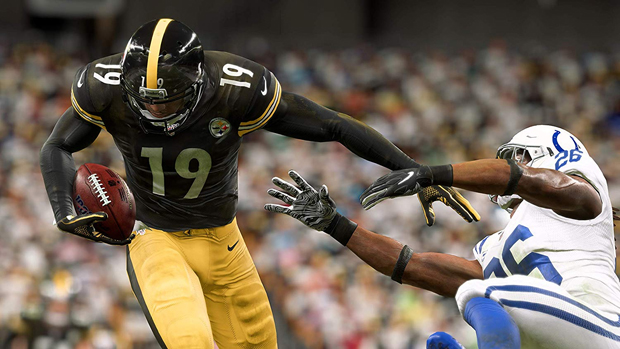 Fun fact: EA’s Madden football games have been around for over 30 years now, with the first game being released on DOS in 1988 and on consoles in 1990. Obviously, tons of things have changed about Madden during that span; yeah, it catches flak for offering only incremental changes and roster rotations year after year, but y’know what I mean. One thing hasn’t changed since its release, though, and that’s its dominance in the market coupled with its overwhelming popularity, something that’s only achievable if they maintain a high-enough quality to keep competitors at bay.  Despite a few big moves from lower-ball indie titles, Madden NFL 20 doesn’t seem to be straying from that pattern, tweaking its roster and controls while also incorporating a revamped career story mode for something new.  Sure, at this point deep in the console life cycle, it’s more of the same; however, EA have done just enough to sustain and make it another worthwhile upgrade, asserting that it’s still a nimble franchise at 30. Madden’s blitzing onto Xbox One, PS4 and PC. 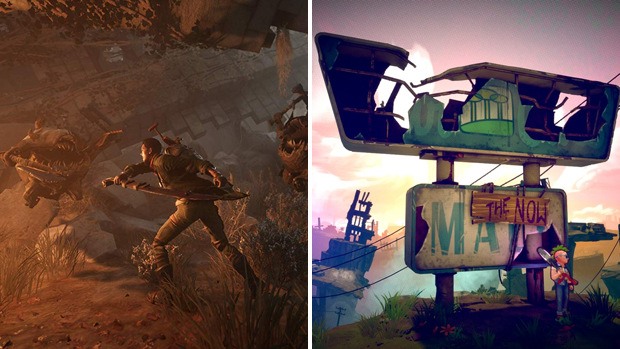 Remnant: From the Ashes

Sometimes, releasing a video game is all about timing: creating and delivering on an experience during a period when something similar hasn’t made its way onto the market in a while. In the absence of third-person sci-fi shooters like Gears of War and dungeon action-RPGs like Dark Souls, and hitting the market just before two big loot/sandbox post-apocalyptic games in the form of Borderlands 3 and The Outer Limits, Gunfire Games are hoping to strike at just the right moment with Remnant: From the Ashes.  In the wake of hostile demons arriving from another dimension that decimated most of the population, the player takes control of one of the “remnants” of humankind and navigates through portals, discovering why they’re here, how to defeat them, and how many of the critters they can mow down along the way. With its gloomy atmosphere, a wealth of artillery available to pick up, and the ability to charge forward either by yourself or with two other party members — playable solo or together, online or not — Remnant: From the Ashes has the potential to scratch a bunch of different itches at once.  Survivors will be exploring Remnant on PS4, Xbox One, and PC.

Psychonauts will forever ensure that many will be interested in just about anything Double Fine decides to release, and that enthusiasm has led to them releasing other games with immense personalities, notably the metal actioner Brutal Legend and the Costume Quest RPG series. Rad, their latest creation, can’t even get past its three-letter title without having an amusing play on words: it’s a isometric post-apocalyptic action game where the main character continuously mutates due to radiation, and it’s … well, potentially pretty rad. In a world where humanity has faced not one, but two near-extinction events, the main characters wanders a wasteland with bat in-hand and encounters numerous points where rads will grant them a host of new abilities, which completely changes the combat against oddly morphed monsters scattered throughout the neon glow of the landscape. Branded a roguelike for its ever-changing properties, Rad holds the potential to live up to its name.  Know what else is Rad? The game’s materializing on all major consoles, Switch included, and PC on the same day. 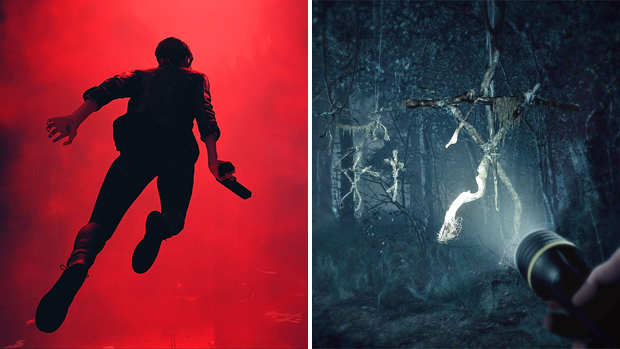 While Remedy Entertainment may be best known for their efforts in the Max Payne series, it’s in their other outlandish horror and science-fiction games — Alan Wake and Quantum Break — where they discovered the label’s real sense of identity. They’re reaching even further with their ambitions with Control, a third-person sci-fi actioner where the new director of a supernatural government agency, Jesse, discovers that she has other-worldly powers and must use them to defeat a force that’s invaded her bureau’s headquarters and continues to distort reality.  The versatile shooting gameplay seems reminiscent of BioShock, where the player can choose whether to use Jesse’s advanced weapon or utilize her supernatural ability to levitate and manipulate things in her surroundings, giving the player plenty of options in how to engage combat and solving environmental obstacles. There’s still a lot of mystery around the game, but Remedy have certainly pulled a lot of interest toward their latest. Xbox One, PS4, and PC players will gain a firmer grasp on Remedy’s enigmas at release.

InXile’s iteration of The Bard’s Tale fantasy-action series built its cult following by maxing out its two key pillars: top-down isometric gameplay that echoed other games of the genre, and a palpable sense of humor woven throughout an alluring narrative. Along with the absence of Cary Elwes as the voice of the lead character, The Bard’s Tale IV has also moved away from those familiar aspects and brought their RPG experience into a space that’s much more old-school. Despite moving through the 3D world from a first-person perspective, the inventory and combat systems reach way back to the turn-based games of yore … and while that’s uniquely satisfying in theory, critics weren’t too thrilled with the original cut’s fusion of elements, graphical presentation, and general abundance of bugs.  That’s hopefully where this Director’s Cut will come into play, updating it with new content and “thousands” of fixes ranging from interface tweaks and character creation tools to new gear, combat functions, and an “engine update”. Consoles, PC, Mac, and Linux will be regaled by its tunes soon enough.

To this day, the original Blair Witch Project remains a polarizing film.  Some can’t stand the persistent motion and infuriating (and, uh, snotty) reactions from characters, while others — myself included here — can still get entirely wrapped up in the found-footage eeriness captured in every frame, dictated by its clever sound design, well-crafted visual language, and  appropriately frantic attitudes from the actors. Regardless of which “camp” one falls into here, the concept of a survival-horror video game set within the films’ earthy, haunted landscape should be intriguing for those who appreciate interactive horror adventures on their consoles.  Bloober Team, the folks behind the exquisitely unnerving Layers of Fear series, are the ones who have undertaken the challenge in their adaptation of Blair Witch to the video game format, and they’re one of a few studios capable of doing it justice. Here’s hoping they’re able to get natural performances out of the VOs to complement their tight grip on psychologically demanding atmosphere.  Blair Witch will be scaring up audiences exclusively on the Xbox One and PC.

The Switch is a little light on attention this month, though, with it seeing a few noteworthy ports: Pillars of Eternity on August 8, Sword Art Online on August 9, and Friday the 13th on the, uh, 13th. Other releases worth keeping an eye on are the stealth narrative-based game The Church in the Darkness, which comes to all major platforms on the August 2; Episode 4 of Life is Strange 2 materializes on the August 22; and the World of Warcraft: Classic experience will be up and roaring on August 27.