Set Your Sights on These Handsome Video Game Releases in September

Some months have an even sprinkling of genres and themes throughout the video game release cycle, but others have a very clear target audience on which they’ve set their sights. September’s one of the latter, as there’s no denying that it’s the month of the franchise shooter. Across all platforms, gamers will be weaving through post-apocalyptic wastes in one of the most popular loot-based FPS experiences out there, while on one specific platform players will be delving into the 5th proper installment into a console-making exclusive shooter.  Underneath those, however, lies a bounty of other goodies for those not-so-included to grab and gun and head into warfare, especially the classic fantasy and RPG folks out there who like their battle with a little more dungeon crawling, blade clanking, and spellcasting. 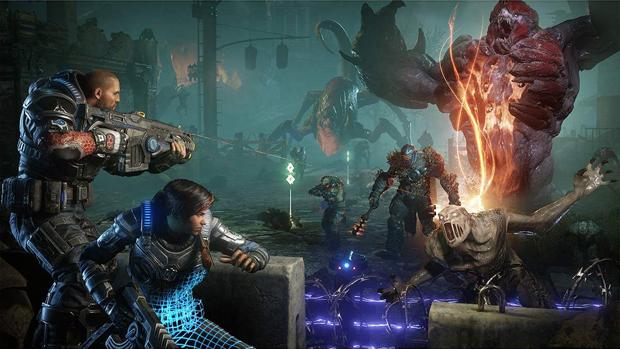 Click Here to Pre-Order Gears of War 5 on Amazon

For years and years, devotees of all walks of life have been clamoring for a polished, rejuvenated release of the iconic PS1 role-playing experience that is Final Fantasy VII: demand that resulted in an upcoming big, glitzy remake instead of a more straightforward cleanup job. Perhaps it’s somewhat bittersweet that fans of the franchise itself have received yet another of such remasters that isn’t their beloved game, in the form of the less well-received but ultimately underappreciated FFVIII.  It’s a prime opportunity for more players out there to go on Squall’s romantic journey toward becoming a magic-using mercenary, one that drastically and daringly reworks a significant amount of what hallmarked the mechanics of FFVII, seemingly for the sake of just trying something new. Alas, this remaster has its missteps that haven’t sat well with the fandom, a result of tweaked models and questionable backdrop upscaling against the crisp characters, with many putting it in the same category as the flawed yet enjoyable (and recently ported) rerelease of FFIX.

Since the conclusion of the trilogy proper, the Gears of War franchise has struggled to find the right way to move on and move forward in a way that’ll continue to fully satisfy its legion of fans. While The Coalition certainly made a respectable and effective attempt with Gears of War 4, succeeding with carrying over the robust third-person cover shooter gameplay, their sequel’s decision to keep its claws so deep into the original character storytelling prevented the campaign from growing and reaching new, different heights. By turning its focus onto a fresh character arc – that of Kait from GOW 4, a former Outcast-turned Gear with a unique heritage – Gears of War 5 endeavors to capture the intense gameplay that has hallmarked the series for so long while also allowing its storyline to evolve beyond the same-old moving parts.    Early word about The Coalition’s game has been marred by talk about bugs and progression issues, but also claims about it being among the best, most forward-thinking installments in the franchise. 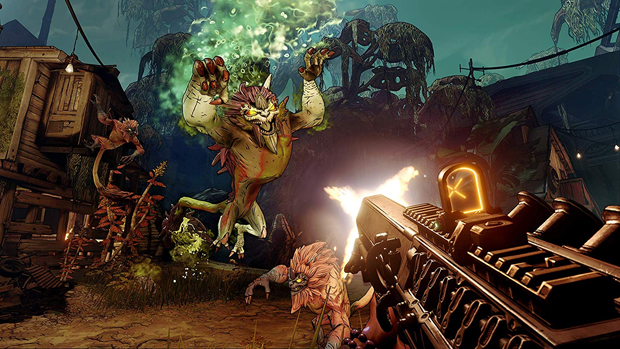 In-between sequels, or midquels, can throw off one’s awareness of a franchise’s release schedule. No matter how you look at Borderlands and its Pre-Sequel, however, it’s still been a half-decade since players have been able to explore the western-infused apocalyptic wastelands … and even longer since they’ve been allowed to continue the story proper following the demise of series favorite Handsome Jack. In stumbles Borderlands 3, and with it comes the expected arsenal of quests, challenging enemies, and lots and lots (and lots!) of randomly generated loot ripe for the customized player-character to gear themselves up. Gearbox seems to be making subtle tweaks to that formula here and there in how they’ll reach “one billion guns”, setting their sights on other physical combat facets – drawing inspiration from other contemporary shooters – as well as the necessity to travel outside of Pandora via a homebase spacecraft. And yeah, local and online multiplayer is tagging along for the ride as well. 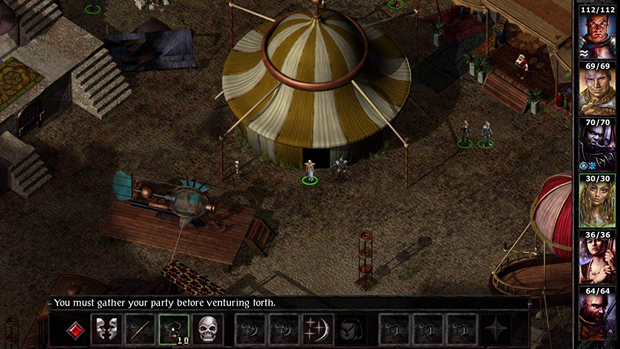 RPG makers don’t have it easy nowadays, with constant comparisons being drawn to the depth, versatility, and all-around freedom of the PC games from yesteryear; BioWare, in particular, gets heat for this in the current climate. While nostalgia and an appreciation for that classic gaming style may fuel a consistent interest in remastered iterations of these games, it’s hard to ignore the notion that Beamdog may just be sprucing ‘em all up so that the curious can experience them – in a slightly modernized form – as a frame of reference whenever they’re mentioned in conversation. In late September, Beamdog will be porting over many years of hard work in this spectrum to a broader audience: Baldur’s Gate, Siege of Dragonspear, Baldur’s Gate II, Icewind Dale, and Planespace Torment will all be making their console debut on the 24th in their Enhanced Edition forms. This new availability will ensure that players both old and new will remain enthralled by the classics for years to come, while contemporary RPGs continue to be compared with ’em.   Digital copies will be available on the 24th, while physical copies will be ready for purchase on October 15.

The FIFA series is another among EA’s repertoire of sports games that has managed to rope in those who aren’t exactly fans or practitioners of the sport, simply because it’s a lot of fun … and, perhaps, because it was once almost like a digital version of foosball in its earliest forms, but I digress.  FIFA 20 likely marks yet another subtle evolution of the simulation realism that has been achieved in recent years, with its biggest addition being a big new mode called VOLTA, focusing on street play and customization with a bunch of locations where you can pick up a game. It looks like a very solid release this year, but perhaps even more interestingly is that this marks the first year that PS3 and 360 versions won’t be made available.  You know a console’s fully closing up shop when Madden and, especially, FIFA aren’t showing up on ‘em anymore.

On the sports side of things, NHL 20 will also be moving toward the goal on September 13, while FIFA competitor PES2020 will go for the goal on September 10. The Switch will be getting a few ports and remakes this month, too: the Spiro Reignited Trilogy will soar in on September 3; The Legend of Zelda: Link’s Awakening will enjoy a remake on September 20; Darksiders II: Deathinitive Edition slices its way onto Nintendo’s system on the 26th; and Ori and the Blind Forest branches out from its Xbox One exclusive status on the 27th.  And, of course, it’s worth noting that Tropico 6 continues its reign by moving from PC onto consoles on the same day.