With the recent release of a demo for a long-anticipated remake that’s coming out next month (April), the year in video games feels like it’s finally starting to kick into gear. The release schedule’s catching up to that enthusiasm a little bit, as March delivers a handful of interesting new adventures to embark upon, though it’s all a little scattered between consoles as exclusives … except for one big damn shooter. Let’s dig in. 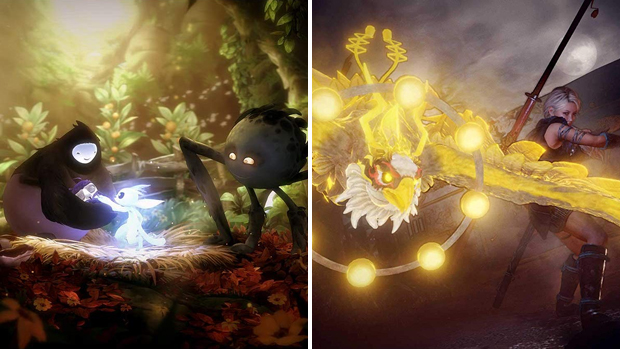 Ori and the Will of the Wisps — March 11

With platform action video games, it can be incredibly difficult to hit the sweet spot between family-friendly fun and genuine challenging design, tilting either too easy for seasoned gamers or too tough for an intended widespread audience. Ori and the Blind Forest did a tremendous job of landing in the center almost perfectly, while also boasting dazzling fantasy visuals and supremely endearing characters wrapped up in an emotional story.  Hopes are naturally running high, then, for Ori and the Will of the Wisps, in which developer Moon Studios continues its exhilarating tales of the forest in an equally whimsical design space.  Some tweaks to the gameplay and upgrade systems  shouldn’t intrude on what Moon Studios hopes to replicate in this sequel.

With the Ninja Gaiden franchise currently on the backburner to a few iffy releases in the early-2010s, Team Ninja has been exploring other avenues for their brand of challenging martial-arts gameplay. Nioh became a vessel for that, and after years of tough development that involved adapting – and abandoning — an unused script from Akira Kurosawa and preventing it from becoming a Ninja Gaiden replica, it received both critical acclaim and a stamp of (mostly) approval from the intended audience.  More importantly, it stands out as yet another daunting challenge from the developer, which naturally escalates hopes for what’s to come in Nioh 2.  This time’s a little different, though, as Team Ninja will be exploring the realm of character creation … and the early demos for what’s capable are rather impressive. Here’s hoping the effort put into customization won’t detract from their hard-hitting design.

If you’re a fan of sports video games, choosing between consoles really isn’t much of a big deal since the vast majority of titles are available across all platforms. That is, unless you’re a baseball fan.  Sure, there are baseball games available on all of ’em  – Super Mega Baseball is an under-the-radar gem and should be a stronger competitor – but in terms of authentic simulators with updated rostors, the choices have remained slim: either MLB The Show, or MLB The Show. That has remained one of the PlayStation’s most surprising exclusives, something that continues into 2020 with their latest iteration of the franchise. Changes are likely to be marginal between this year’s release and last year beyond roster updates and the inclusion of Minor League player representation, if for no other reason than The Show 2020 marks the last time that the franchise will be exclusive to the PlayStation. While no hard info has been revealed, the assumption is that it’ll be coming to Xbox and possibly PC in 2021.

One of the easiest ways to trigger memories in old-school computer gamers is to mention the one-two punch of Wolfenstein and Doom. These two games from id Software have been responsible for countless hours of entrancement by way of immersive, innovative 3D graphics and intense shooter gameplay, a legacy that paved the way for countless other first-person shooters.  Doom itself has lingered in the shadow of the likes of Halo and Gears of War for roughly a decade and a half now, though, waiting for the right time to reemerge in the 2016 reboot, which received reviews that were a far cry from the unyielding praise received by the games of yesteryear.  With Doom Eternal, id Software sets its sights on reestablishing that reputation by taking everything that worked in the reboot – quite a bit – and escalating the firepower and versatility movement as the Doom Slayer works to purge demons invading Earth.  And hey, it’ll be on Stadia for those who are interested. 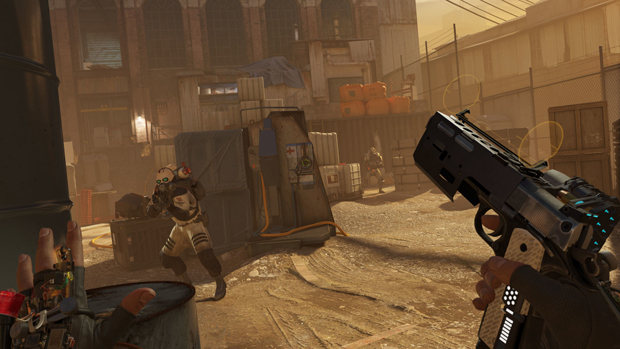 Pre-Purchase Half Life: Alyx at Steam

Well, folks, here it is: irrefutable proof that there’s still life left in the Half-Life franchise, and that Valve hasn’t decided to complete abandon it. Yes, of course Valve’s sticking with a PC-only release right now; yes, it’s designed as a virtual reality experience; and yes, it’s a mid-quel instead of that much desired sequel that’s become the source of jokes and memes and everything in between.  However, Half-Life: Alyx does bring players back into the familiar world that hasn’t been revisited in roughly 13 years, telling the story of how the popular character from the franchise, Alyx, and her father flesh out the resistance to the alien forces of the Combine before they hook up with Freeman. Boasted as being the next step in storytelling for the franchise, as well as being non-episodic and roughly the same lengthy end-to-end as Half-Life 2, Alyx marks the proving grounds for one of Valve’s largest and most audacious team efforts … and a possible precursor for more to come.

A few interesting odd-and-end ports and sequels are also coming out in March.  Two tie into video games being released later in the month: Black Mesa, an unofficial remake of the original Half-Life, has been given the green light from Value for an official release and will be made available ahead of Alyx on March 6; and Doom 64 will be receiving a rerelease on all major platforms on March 20. Animal Crossing: New Horizons will continue the slice-of-life simulator game series on the DS on the same day as Doom 64, and Nintendo Switch players will have the chance to play the gleefully violent sci-fi superhero sandbox spoof Saints Row IV: Re-Elected on March 27.  Finally, the latest installment of the SMT: Persona series will see a worldwide release of its upgraded version, Persona 5 Royal, on March 27.