Sequels may be incredibly common and expected in the gaming industry, but there’s something a little peculiar about the caliber of titles hitting consoles and PCs in March.  The sixth installment in a niche audience fighting game; the fifth run through one of Capcom’s longstanding action titles; the sixth time we’ve experienced a certain island construction simulator.   They’re all relatively popular and profitable franchises; however, they aren’t quite popular enough to have branched into the upper tiers of anticipation, leaving this month feeling jam-packed, evenly-spaced, but also like things are going through the motions in these early-year releases.   At least we’ve got some brand-new Lovecraftian mystery lying in wait … hopefully. Let’s take a closer look. 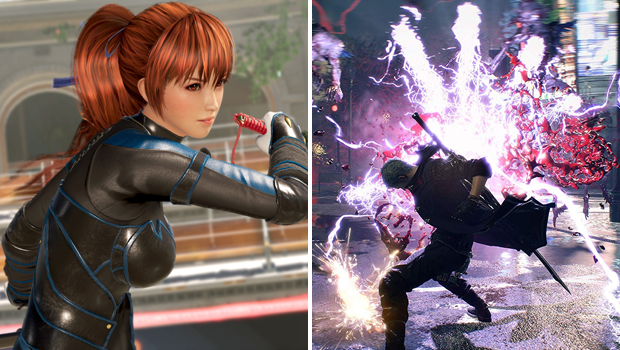 When a franchise indicates that they’re going to tweak their gaming structure and strategies with the hope of making it more “accessible” to new players, it can raise a few red flags. That might signal the removal of possible fan-favorite intricacies, or the intensification of others for more of its signature “Wow!” factor. With its lightning fast pace, combo chains, and … uh, embellished characters, Dead or Alive already has plenty of that going on, though its stature as a cult favorite 3D fighting struggles underneath other titans of the genre. By removing the tag-team mechanics, toning down the sexualization of characters, and adding costume and accessory customization, Team Ninja hopes to modernize and streamline the franchise that has been duking it out for over two decades now. Available on Xbox One and PS4.

The third-person action series Devil May Cry has reached that point in its life cycle where it’s experimented with a different protagonist … and discovered that a chunk of its popularity revolves around playing as the original character.  Thus, they’re bringing back Dante for Devil May Cry 5 as an equal force, teaming up with new protagonist Nero as they charge into a new lair of demonic activity to thwart a plot for someone to become the new ruler of the Underworld.  Capcom isn’t attempting to break away from what already works, tapping into the same style of ultra-fast combat that rewards the player based on style; the point system returns as an objective measurement, while the music also changes in tone and richness based on one’s success in battle. With series veteran Hideaki Itsuno at the helm and running on the graphic engine of the latest Resident Evil, expectations are high for DMC 5. Available on Xbox One and PS4. 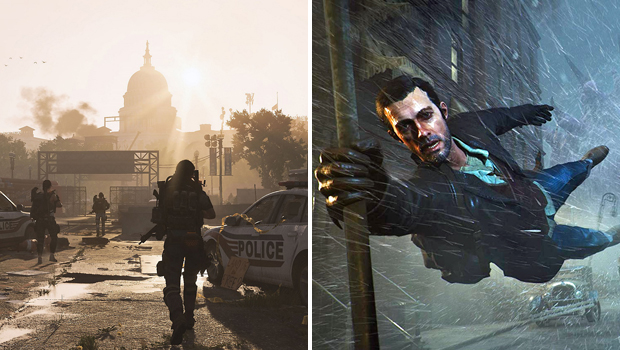 Teases of the realism and scope of The Division were responsible for some of the most impactful moments during the period when the current generation of consoles were being unveiled.  The result may not have been quite as immersive or effective, but the apocalyptic atmosphere — centered on a disease spread by dollar bill exchanges in New York — and the role-playing mechanics laced within the third-person shooting mechanisms were enough to build an audience for Massive Entertainment’s new property.  As with many other recent sequels and installments, The Division 2 aims to take the experience into a predominately online environment, relocated from NY to Washington DC some years after the original.  While the campaign and ending can be played alone, the design of Ubisoft’s follow-up focuses on multiplayer-geared skirmishes set within the civil war breaking out between groups of survivors in the area.  Available on Xbox One, PS4, and PC.

Best known for their experiments with Sherlock Holmes in a gameplay environment, developer Frogwares has hopped onto the Lovecraftian train with The Sinking City.  Set in a flooded version of New England where the citizens are suffering from the madness that’s so common in Lovecraft-inspired environments, the game centers on mystery, interrogation, and detection in the vein of the studio’s prior moderately successfully outings with Holmes.   Since the open-world location has been submerged in water, a key part of The Sinking City as a game will hinge on navigating the layout of the city in a boat, guiding the investigator between key areas in a third-person perspective. Frogwares has been aiming for nearly 40 hours of gameplay, so there’s bound to be a lot to explore and investigate in the darkness. All info suggests that Frogwares will still release The Sinking City on March 21, coming to Xbox, PS4, and PC. 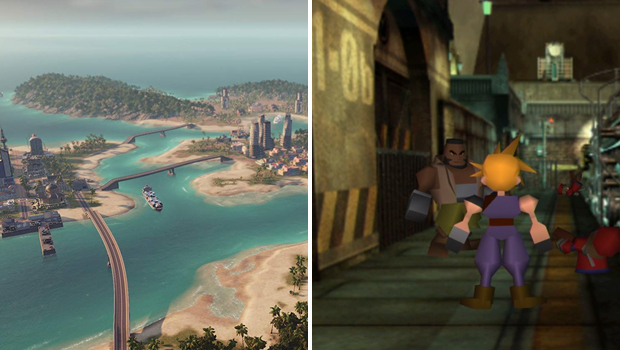 After a lengthy stay with studio Haemimont Games – a decade this year; three installments – the Tropico franchise has again switched up developers and moved to Limbic Entertainment for Tropico 6. Taking on the responsibilities as “El Presidente” by making decisions about what to build and where to build it on a tropical island, the player navigates through several eras of development and political climate in a gaming setup reminiscent of the classic simulator Sim City.  What distinguishes this installment can be found in customization and responsiveness, in which the player can further tinker with the appearance of El Presidente and their living space, while “fully simulated” citizens respond to even more decisions made about their quality of life.  The setting also focuses on expanding across several smaller islands that make up an “archipelago” instead of just one island. Available on Xbox One, PS4, and PC.

Finally, there’s a pair of re-releases that should pique the interest of franchise fans.  At the tail end of March, fans of Assassin’s Creed will get the chance to revisit the glory of Native American Connor’s 18th-century story in the remastered Assassin’s Creed III, another in Ubisoft’s line of polished updates to their classic titles; no word on whether they’ve “improved” that endlessly frustrating final chase sequence. Perhaps more noteworthy is the release of Final Fantasy VII on the Xbox One (and Switch).  While, yes, the game has been offered countless other times on different formats with almost zero improvement made to audiovisual quality, the appearance of this once mighty exclusive on a non-PlayStation console is certainly worth soaking in.  FFVII drops in on March 26th, while ACIII takes the dive on March 29th.

ToeJam and Earl will also get Back in the Groove on March 1 with their first new release in a decade-and-a-half, while the PS4 exclusive shooter Left Alive will hit the western gaming sphere on March 5.