This will eventually be a momentous year for video games, for better or for worse, but it’s taking some time for the engine to warm up in these early months. February doesn’t do much to help that, really, idly cranking out a few compilations and ports to satisfy players’ comfort zone desires, even though there a few interesting new offerings that might raise the temperature just a little bit. Between a continuation of playing through holiday gifts, waiting on tax refunds to get here, and the lead-up to some heavy-hitting games and new consoles, it’s not hard to understand why the release schedule is still light and undemanding leading through this second month of 2020, but let’s check in on what’s here. 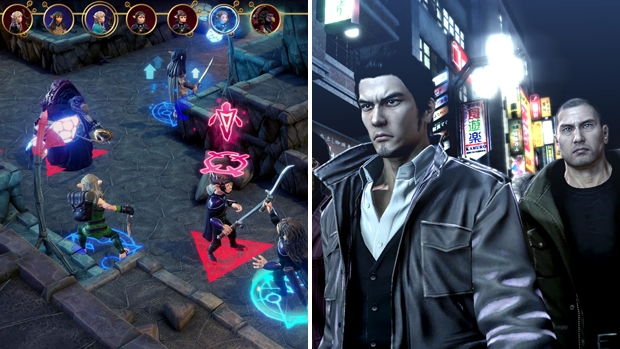 Many folks probably have fond memories of their first experience with Final Fantasy Tactics, in which the popular role-playing franchise ventured into new territory with pure grid-based tactics combat.  Some may have been reserved about that, but it’s so good that the substance of the gameplay largely overpowered any of that.  The Dark Crystal: Age of Resistance isn’t too far-removed from that feeling: it takes the world created by Jim Henson’s cinematic masterwork of fantasy puppetry, one that just received a Netflix TV sequel of the same name as the game, and plops it into the design space of a tactics experience.  Even more than FF Tactics, Age of Resistance will rely on the quality of the tactics gameplay, as the feeling of seeing the Jim Henson property in a videogame environment will fade quickly.

Back in the days when Sony’s PlayStation Plus service offered free legacy games to subscribers, there was a month where Yakuza 5 on the PS3 stood out as the attention grabber of its lot. There, I mentioned that it would be an ample opportunity for players to get involved with what many consider to be one of the franchise’s most undeservedly overlooked entries … and perhaps this PS4 port will be another opportunity.  Released in Japan during the summer of last year, Yakuza 5 Remastered will be included in the Yakuza Remastered Collection, which includes entries 3-5 with upgraded visuals, previously cut content for both narrative and mini-games, and a newly revised translation into English.  The physical release comes in a snazzy package, too, including sweet red-dragon foldout packaging for Yakuza 3 and 4 and a PS3-era case presentation for Yakuza 5 (no PS3 disc included). 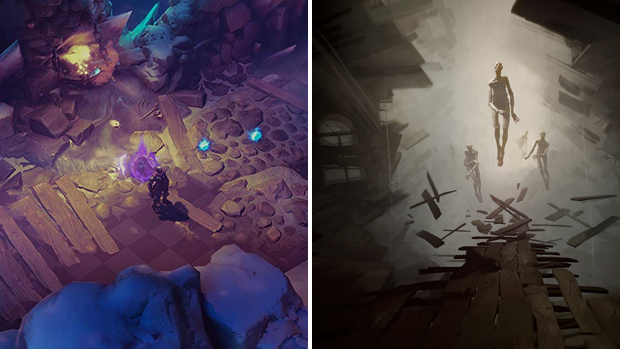 Google’s Stadia system remains in its infancy, but it’s fairly safe to assume that the cloud-based format didn’t revolutionize gaming the way its creators had hoped amid its release.  In the push to draw attention, they were able to secure a noteworthy franchise name for a (mostly) exclusive game release: Darksiders, in the form of their Genesis isometric hack-‘n-slasher. While it isn’t a prime installment in the franchise, being a prequel that introduces the fourth horseman of the apocalypse, Strife, the hectic action and multiplayer options seems to suit the Darksiders universe quite well, offering Stadia players a Diablo-like experience that couldn’t be played on consoles. That exclusive window has closed, though, and now all players can get their hands on this slightly different prequel, as it’s being released on all three major consoles; it was also already available on PC.

Several years of accolades for their presentations at trade shows have built to the release of Dreams, MediaMolecule’s way of letting average players go out and make their own game.  Sure, the concept isn’t exactly new in the era of level creator functions and app building assistants, but the promise of Dreams goes well beyond all that.  If their early presentations – and early impressions – are accurate, the amount of versatility at the user’s fingertips will be unparalleled, allowing them to build anything from first-person exploration games through lush environments to fast-paced racers, challenging platformers, even 8-bit retro actioners. Users will be able to explore others creations in one section of the game or, of course, delve into the “Dream Shaping” area and brew something up for themselves using all sorts of artistic tools. Dreams seems to good to be true, which could end up being a good thing … at least, for people on the PS4 who can enjoy this exclusive. 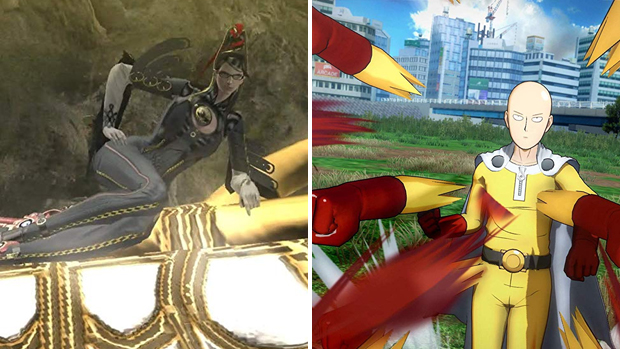 The balance between fun and frustrating can be very difficult for developers to nail down in the current era of gaming. Those that want their games to pose a real challenge to players don’t want the experience to be too miserable, else word-of-mouth could drive more mainstream, less hardcore audiences away from making purchases. One developer that has mastered that balance is Japan’s PlatinumGames, and it’s a quality they’ve had essentially since their conception a decade ago now. Out of the gate, they released Bayonetta and Vanquish in 2009 and 2010 respectively, both of which are fast-paced, complex action experiences that offer some adversity to players even on their lowest difficulty levels … and get way more difficult when that switch gets turned up.  Between the gunslinging witch and the jet-propelled sliding sci-fi hero,  PlatinumGames also understands the outright enjoyment of making craziness happen onscreen, experiences they’re carrying over in HD ports to new consoles.

How can someone possibly make a fighting game around a character who can win a match by landing literally one attack? I’m not sure it’s a rhetorical question that should really be answered, but Bandai and Spike Chunsoft are up to the challenge in trying to bring the popular webcomic character, One-Punch Man, to the gaming sphere. On the surface, A Hero Nobody Knows looks like most other 3D anime-inspired fighting games, perhaps with goofy personality through the eccentric characters’ attacks and dialogue. Where it differs is, if course, whenever Saitama (One-Punch Man) is selected as a combatant teammate: he’s invincible to all other contestants and wins the battle if he lands one punch, but he’s humorously late to every square off and forces his weaker teammates to survive until then. Fans will likely get a charge out of it, but it’s going to take a lot to overcome that gimmick.

There are a number of noteworthy ports and re-releases coming out this month: Street Fighter V: Chapionship Edition will enter the lobby on PS4 and PC on Valentine’s Day; Devil May Cry 3 will engage in battle on the Switch on the 20th; Samurai Showdown will also square off with the Switch on the 25th; and the Mega Man Zero and ZX Legacy Collection shall fire off on February 25 for pretty much all formats. There’s also a new Persona and Dynasty Warriors mash-up entitled Persona 5 Scramble arriving on February 20, and it’s worth pointing out that the Switch will be getting the Metro Redux remastered package of Metro 2033 and Metro: Last Light late in the month as well.