This PlayStation 4 bundle is ideal for a Fortnite fan, as it includes $20 of in-game Fortnite currency as well as exclusive digital items. This bundle normally sells for $299.99. 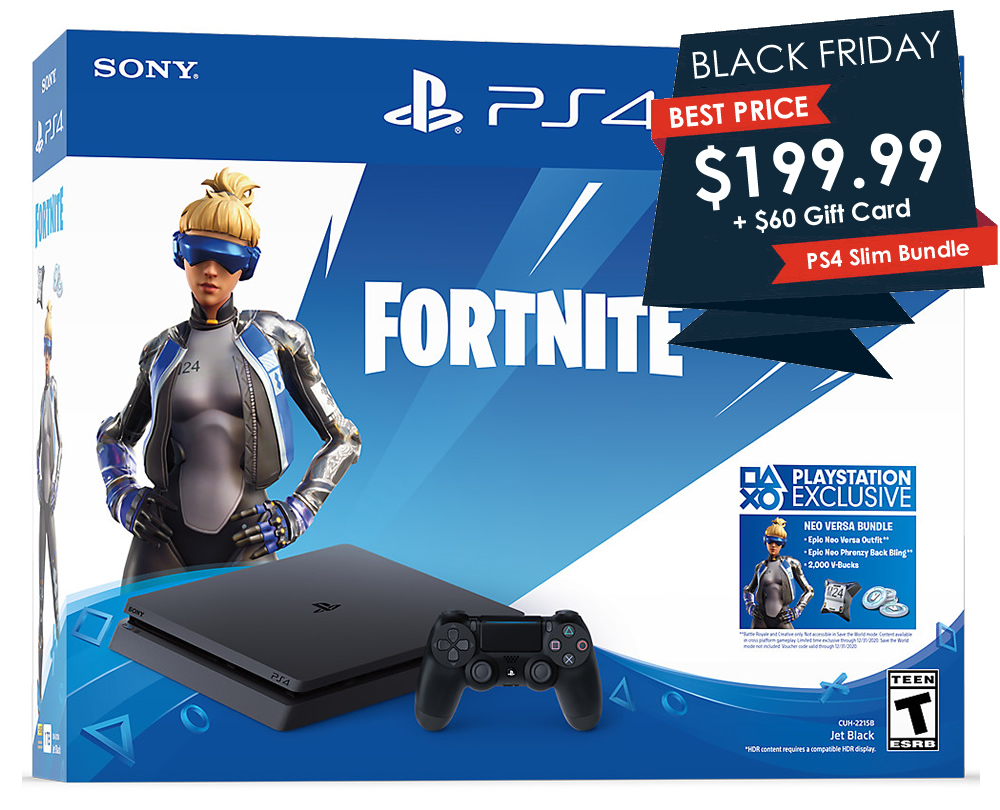 Unlike the Xbox One offers, there are a limited number of PS4 deals that offer a bonus gift card this year; a shift from offers during Black Friday 2018.  However, Kohl’s is still one of them.

This bundle includes three of the best-reviewed games in the PS4 generation, The Last of Us, God of War and Horizon: Zero Dawn. These 3 games can typically be found for $60 total typically. 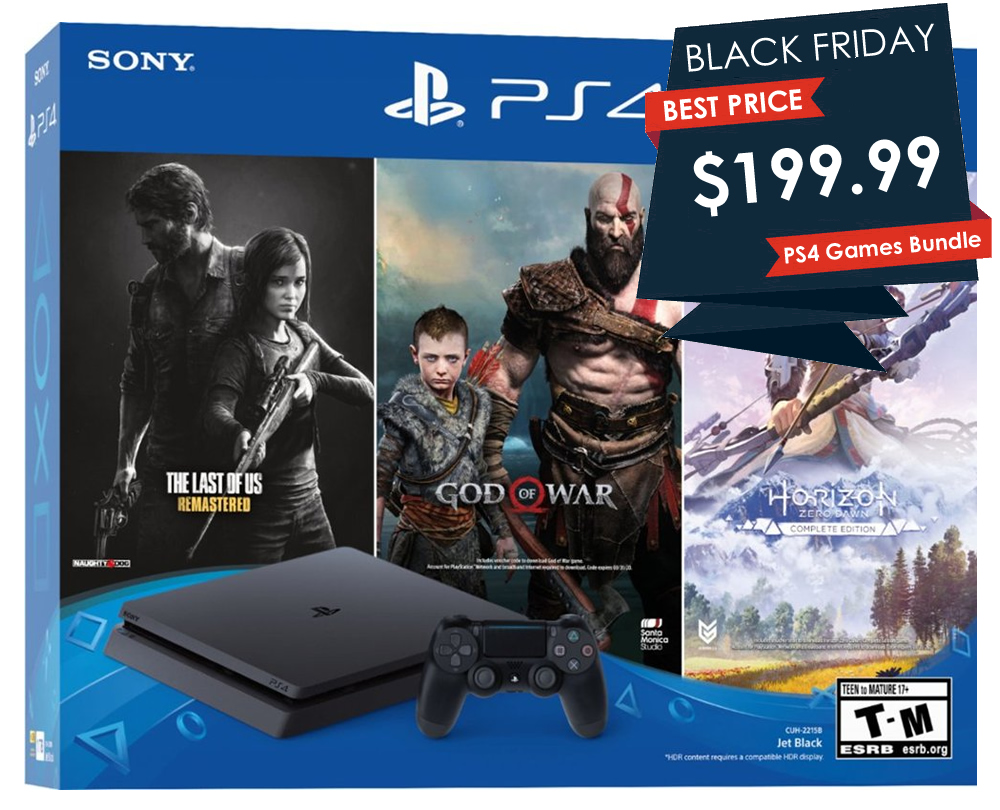 This bundle is being offered at multiple retailers at $100 off the $299.99 MSRP. Best Buy is probably your best bet on Black Friday, due to significant inventory.

You will likely find this bundle at Amazon, Target, Sam’s Club, Costco and many other retailers this month; both online and in-store.

If you already have a PS4 (or want to add VR to the above console deals), you can’t go wrong with the PSVR bundles on Black Friday. This bundle normally sells for $299.99. 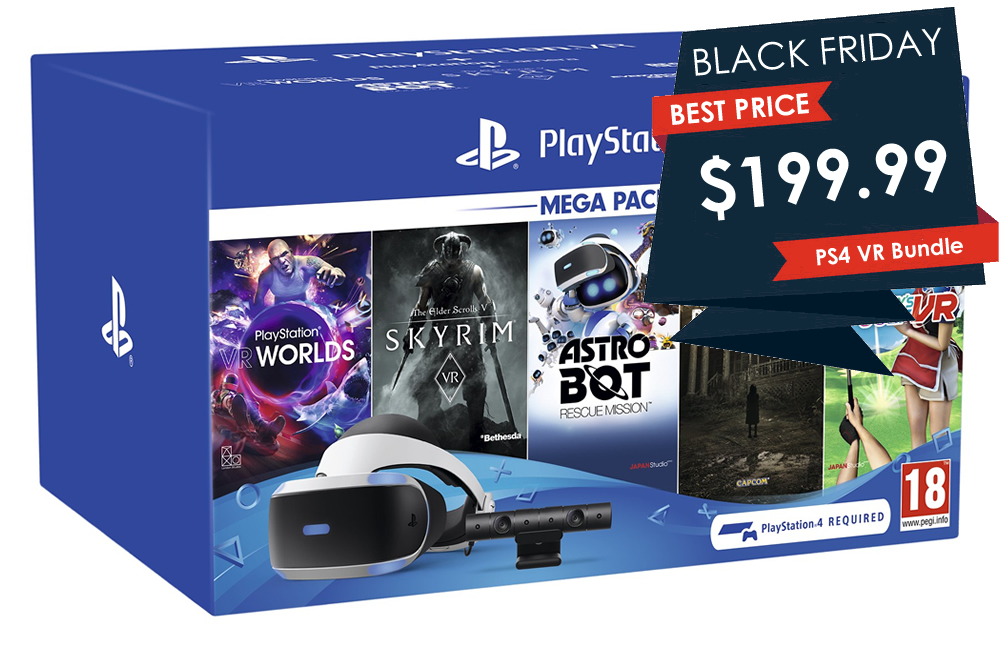 This particular bundle is exception because it offers $100+ in bundled games along with the VR headset. Those games include Skyrim, Astro Bot, Resident Evil, Golf VR, and PlayStation Worlds; (Total MSRP: $145).

You will find plenty of PSVR bundles for a similar sales price, but this it likely the best deal when it comes to bundled VR games (which are priced at a premium compared to regular PS4 games).

Sony just announced all retailers that carry the Pro will be discounting the base model from $399.99 to $299.99 for Black Friday sales. You can read more on their blog post here. But GameStop will be offering a bonus $25 gift coupon with the purchase of a White Glacier PS4 Pro, at the $299 sale price. 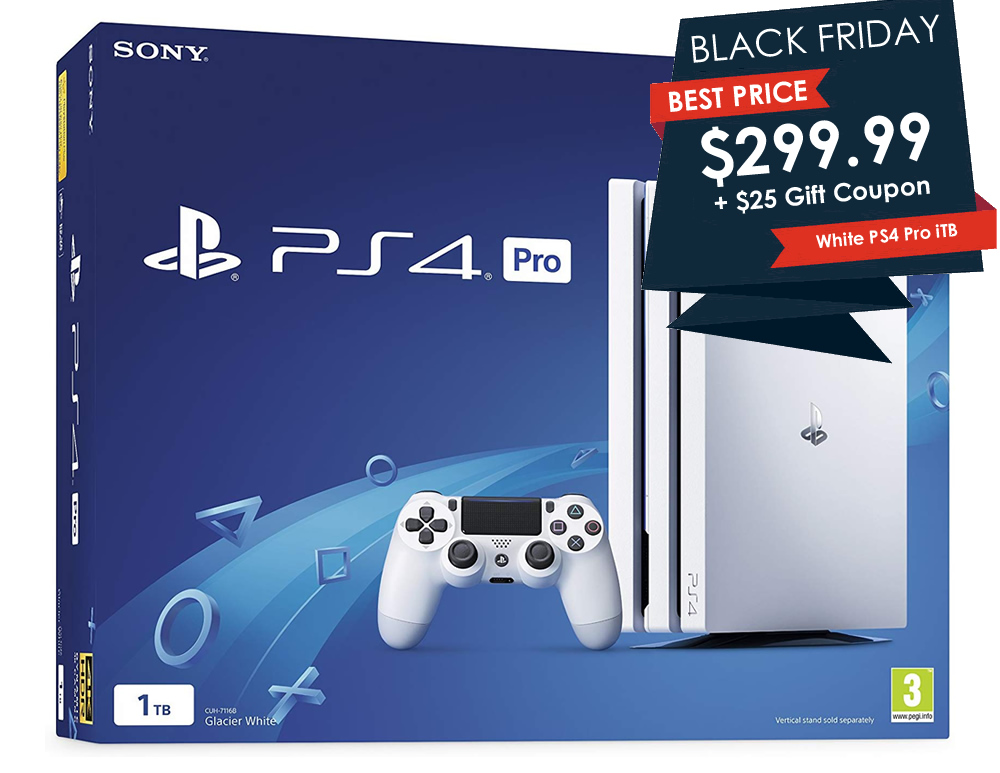 Just FYI, you can already find deals like this in the Ben’s feed, which discounted the PS4 Pro to $294 with an extra controller as a bonus.

Regarding online sales, be aware that deals in these price ranges started around mid-November at various online retailers. Watch the main Ben’s feed for the latest gaming deals.
Black Fridaygaming dealsPlayStation 4PS4