October tends to be a busy month for videogame releases, and it’s tough to know whether it’s a good idea or not for the Xbox Games With Gold and other subscription services to offer substantial games for their freebies during that month.  This October is especially challenging, with a Spider-Man game that swung in at the end of September with a stellar reputation, a new and genuinely novel Assassin’s Creed game trying to leave its mark on the open-world climate, and the long-awaited sequel to Red Dead Redemption waiting to gallop onto that same scene in just a few weeks.  All three are designated time-sinks, and instead of attempting to compete with how those games effortlessly demand gamers’ attention, the October Games With Gold have decided to stay exceedingly low-key, to such a degree that they’ve missed opportunities to build enthusiasm or even celebrate the Halloween season. Let’s take a closer look. 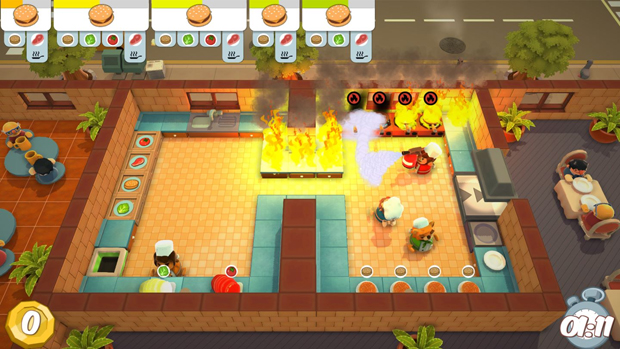 There aren’t many ways in which a cooking simulator – perhaps a Hell’s Kitchen type of line-preparation management — could become a legitimately interesting gaming experience, with the longstanding stylus-based Cooking Mama series on Nintendo’s DS being the best execution in the same ballpark. Hey, they even tried a Hell’s Kitchen game, to … uh, foreseeable results.  In steps Overcooked, a cooperation-based blend of puzzle-solving and reflexes, in which multiple players get together and prepare meals under both semi-normal and outlandish circumstances. On top of pirate ships and moving cars alongside other standard kitchen layouts, the game exercises playfulness in throwing challenges at its chefs, while the management of ingredient gathering, preparation, and kitchen integrity creates a vibrantly chaotic environment to keep sorted out. No online gameplay tends to be a sour spot for players, though.

Belgian developer Haemimont Games is probably best known as the driving force behind the continuation of Tropico installments – Tropico 3 through 5 – and as the creators of the Omerta strategy gangster game, excelling in the city-building and RTS fronts.  Every developer needs a change of pace, though, and that’s where Victor Vran comes into play.  Almost isometric in its third-person perspective, this action-RPG follows a Van Helsing-like demon hunter who arrives in a gothic city to wipe out its monstrous threats and assist the civilians. Players can customize Victor’s combat style through weaponry and consumable modifications, and the depth of its modifications takes it closer to the realm of dungeon crawlers than standard action fare. Critics and players are iffy when it comes to the storytelling and the odd injections of humor, but the core action mechanics and tailored customizations scare up enough excitement to overlook those issues. 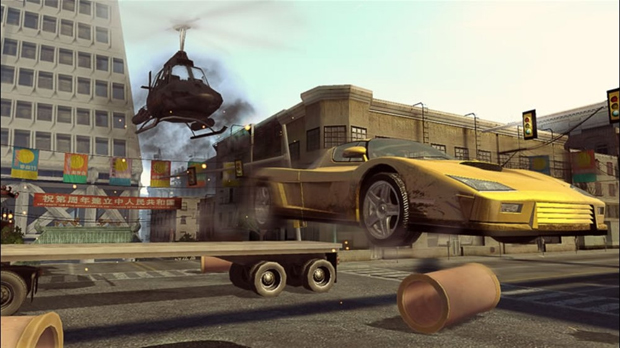 The mantra of the Stuntman franchise hinges on learning from one’s mistakes to more expertly – and with greater style – reach the finish line.  Over a decade ago, Paradigm Entertainment took that mantra to heart when crafting Ignition, the second and only sequel. Despite the enthralling premise of piloting cars through explosive tracks embedded in movie sets, criticism was rampant toward the frustrating difficulty levels, which causes players to hit the brakes on that infectious drive to give the tracks just one more go-around to see if they can get it.  Without sacrificing the exhilaration of the premise, Ignition fine-tunes the difficulty level so that the thrill of each of the six parody tracks lies in enjoying the ride instead of the struggle to progress, better aligning challenge and reward.

The Hitman franchise rapidly approaches its 20th anniversary, and it’ll be seeing a new installment released in a little over a month: Hitman 2, a non-episodic sequel to the 2016 revival of Agent 47’s escapades. All the entries in the franchise have earned largely positive marks from both critics and players for its stealth assassination mechanics and fluidity, but perhaps the most well-regarded one is Blood Money … y’know, the one released shortly before the live-action movie starring Timothy Olyphant.  Those who’ve played Blood Money rarely cite innovation as a reason why it’s the better of the lot, as much of the core gameplay infrastructure remains the same in it as in previous installments.  However, this Hitman triumphs over the others due to its refinement of the concept, from the variety of ways to complete missions to capable AI opponents and elevated audiovisual polish.