Most of the time, the titles made available through the Games with Gold program on the Xbox have enough substance and interest to extract at least some compelling talking points about their inclusion. Sometimes, that can be the germ of a unifying theme or subversion of a genre, or perhaps the different games compliment one another as examples of the balance between big-budget and indie experiences.  Honestly, that’s fairly difficult to do with this cycle of releases for March, which features zero AAA offerings, esoteric indie efforts, and middling movie tie-ins. Granted, two of the titles are intriguing enough to consider a download, but it’s a rough month if that’s the most enthusiasm one can muster.  Let’s take a closer look. 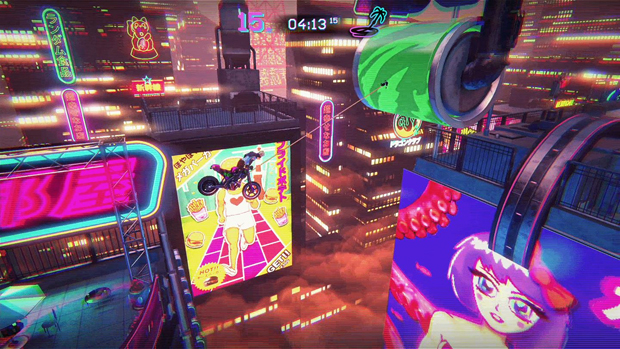 The name “Blood Dragon” will likely trigger thoughts of the standalone open-world game from the folks responsible for Far Cry, in which a blatant ‘80s aesthetic gets slathered atop a somewhat short but visually and viscerally captivating romp.  Trials of the Blood Dragon borrows a similar neon-punk aesthetic as it tackles the Trials formula, adopting an atmosphere more similar to Sunset Overdrive as the descendants of  Rex Power Colt Man — Slayter and Roxanne — engage the franchise’s unique platform and timed racing mechanics.  A few new surprises are worked into the mix, such as shooting mechanics and actual 2.5D third-person controls, but critics have noted that these new moving parts don’t fully click with the core Trials experience.

If you’ve ever played a difficult first-person shooter game, you’ve probably engaged a specific level or stretch of obstacles between save points, learned what challenges lurk behind different corners, and then adjusted your strategy according to progress beyond that point. With its minimal, polygon-driven art style, SuperHOT takes the seed of that concept and morphs it into an in-game mechanic, in which time in the game doesn’t pass until the player moves the main character. This allows for a strategic analysis of the levels’ layouts to occur, which are tied to a meta-level story in which completing these levels gets the player closer to unlocking the SuperHOT experience.  Novelty of its concept and visual design overcome its relative simplicity of gameplay, dropping it among the better crowd-funded indies out there. 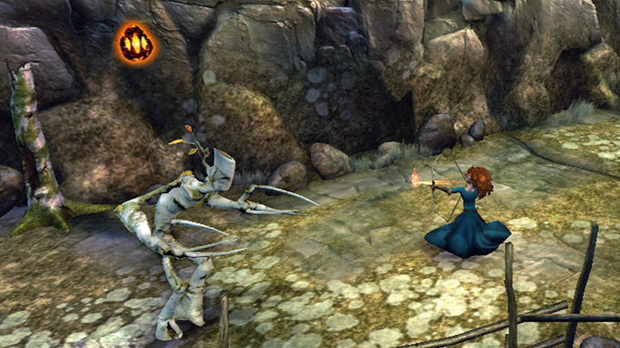 The inclusion of Brave in this month’s Games With Gold is particularly odd.  There isn’t a lot to the experience, functioning much like other licensed games in its straightforward third-person take on the tale of Merida, a Scottish princess whose desire for independence inflicts mystical consequences upon her family.   The archery aspects and level progression are standard stuff for tie-ins, which were popular upon its release due to the prominence of the Hunger Games books and movies, proving to be sufficient enough to satisfy its intended audiences … and little beyond that.  Brave’s only real distinguishing trait, beyond the Pixar characterization, ended up being the Kinect functionality with its “archery range” mode … which is no longer pertinent since that device has essentially been decommissioned.

While Gabe Newell usually receives props for the successes of Valve’s original game productions, it was designer Kim Smith and her team who were responsible for Portal, the first-person puzzle game that gave birth to the idea of “thinking with portals”.  Quantum Conundrum is Swift’s latest production, under the Airtight Games development wing, which again finds a silent protagonist manipulating environments — and dimensions — to reach the end of a level. While the concepts may share some similarities, the differences lies in the setting, in which the pre-teen nephew of a prominent physicist most fix an experiment gone awry that resulted in a foursome of dimensions to be created. Once the character gains access to a special glove, inventive physics tap into a similar puzzle-solving creativity and fluidity to Swift’s prior creations, producing a tweaked, bubbly outing that’ll probably get the player “thinking with dimensions”.