Xbox Games With Gold for June: A Weak Retro Brew

Microsoft has been stuck in a slump of passable monthly freebies for its Xbox Games With Gold subscribers for quite a while now, almost as if they’ve run out of available options.  These past months would have been a great time to get aggressive with the quality of their titles; instead, they’ve stayed very low-key by offering games that draw little attention to their service. Here’s what we’ve got this month: a platform game whose sequel was a Games with Gold title several months ago; a coffee shop simulator; a legacy Xbox title that’s getting an HD remake next month; and a side-scrolling airplane shooter. Instead of dazzling subscribers by digging into their high-profile back of tricks with tons of other substantive titles, they’re going light and passive once again, marking yet another shrug-worthy month. Let’s take a closer look, though. 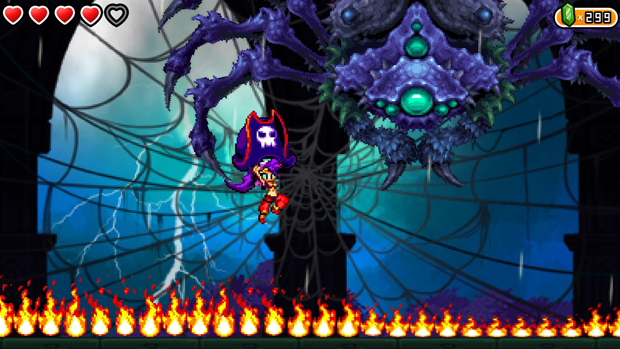 The Shantae series of platformers has a richer, longer history that one might expect, dating back to 2002 with its eponymous debut on the Game Boy Color. Since then, the property has bounced around between platforms – mostly on Nintendo devices – but has ultimately found a comfortable home on most consoles, beginning with a port of The Pirate’s Curse. Controlling the half-genie, hair-whipping Shantae, players navigate through colorful and moderately challenging platform levels as Shantae pursues the origin of Dark Magic that’s plaguing Scuttle Town and beyond. With a gameplay style not unlike a combo of Castlevania and Mega Man, Shantae and the Pirate’s Curse sends its hero across multiple islands and through dense, lovingly crafted levels rendered with beautiful retro graphics.  The limited difficulty and borrowed concept might not fully satisfy the most hardcore or experienced platform players, but Shantae and the Pirate’s Curse conjures plenty of magic for the rest.

Visual novels, or other types of dialogue-based adventures, push the boundaries of the videogame platform by drawing players into unique storylines that justify this absence of traditional gameplay. Coffee Talk takes that concept perhaps a bit too far: those who play it become a barista at a coffee shop, which prompts them to converse with customers, make latte art, and check in on social media.  Luckily, there’s a deeper hook to the game, in that the characters who come into the coffee shop are of the mythical variety … so you’re conversing with elves and werewolves about their personal problems instead of humans. Both critics and players seem to agree that the Coffee Talk experience has a narrow audience focus, on those who are both interested specifically in visual novels and are comfortable with a slower, leisurely pace even for the subgenre. 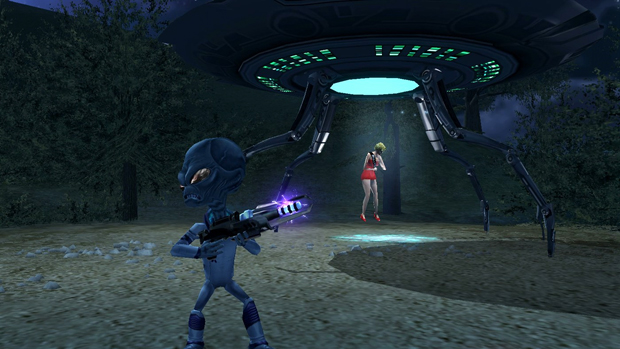 Couldn’t possibly imagine why Microsoft has made the original Xbox version of Destroy All Humans! available as a free download this month.  It can’t possibly have anything to do with generating buzz for the remake that’s coming out next month, can it? Those are pretty big shoes to fill, though, as the love and attention that Pandemic Studio poured into the Destroy All Humans franchise – among others – has transformed the defunct studio into the stuff of legends.  The original Destroy All Humans! got the concept down as soon as it arrived, dropping Crypto-137 onto a peculiar version of Earth to rescue his compadre, Crypto-136, who has been wounded and captured by the government. The humor behind these stereotypical aliens interacting with our world, and our world covering up whatever destruction he unleashes in his rescue attempt, is delightful … and the action remains some of the most zany and engaging to come out of the PS2 era.

The pickings are slim when it comes to arcade-style airplane games, which can be surprising considering the longstanding popularity of titles like R-Type and Ikaruga that lend themselves well to that concept. Sine Mora taps into that idea with a slight fantasy twist, crafting an alternate steampunk-ish world of unpredictable states of the Earth’s crust, talking animals, planes that can operate just as well underwater … and the nuclear bombardments on the verge of happening. A side-scrolling, 2.5D shoot-‘em-up, Sine Mora feels exceptionally retro in its graphical presentation and control scheme, but the artistic polish and overarching attitude of the created world give it a unique edge.  While some genre fans may take umbrage with the fact that the perspective is horizontal instead of vertical, both critics and players seem to agree that the thrill and the rewarding difficulty’s there for Sine Mora to take flight.