Ah, the dog days of summer: the period where some huddle up indoors with their Xbox systems and air conditioning, or others will — by choice or not — head out into the baking sun in search of adventure or bodies of water to dip into.  Plenty do a bit of both, of course, but the draw to get outdoors becomes its most powerful in the month of July, which understandably plays into the caliber of the free titles made available through the various gaming subscription services. This month’s Games With Gold are a strong reflection of that, offering two under-the-radar indies for current-gen systems and two largely forgotten sequels to recognizable franchises for the legacy format. It’s a little bit of brawling and shooting, designed to tide subscribers over until the later months.  Let’s check ‘em out. 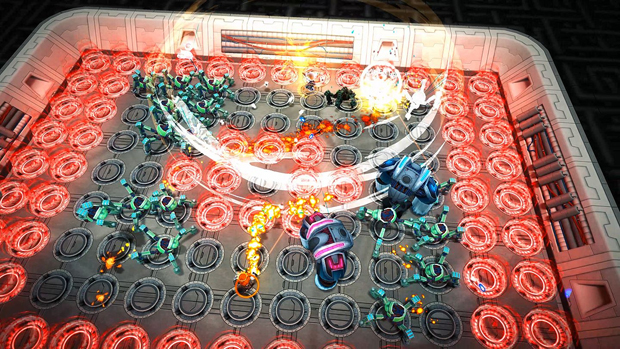 Twin-stick shooting controls may be dated, but they’re also a reliable framework for fast-paced, precise gameplay and an ideal vehicle for an experience with personality. That’s exactly what Witch Beam have done with Assault Androids Cactus, a jubilant shooter that eschews innovation and depth of plotting for pure, unadulterated fun.  Nine female science-fiction heroines find themselves crashed aboard a space freighter that needs to be retaken from hostile robots.  That, of course, means waves upon waves of mechanical enemies are just waiting to be mowed down by the female heroes, each of which has her own different set of artillery groupings that can be employed across the game’s two-dozen plus stages.  Repetition never really has a chance to set in with how vibrant and chaotic the gameplay gets in Assault Android Cactus, though console players have reported sporadic framerate issues in connection to that.

Puzzle games are a dime a dozen across all gaming platforms, but it isn’t all to often that one sees cooperative puzzle games, in which multiple players work together to reach solutions in levels. Death Squared maneuvers into place to deliver that kind of experience, where up to four players control energy devices that control the motion of cute little robot blocks on a grid.  The players manipulate different portions of the layout, and while there aren’t any actual portals that form here and there, one can’t help but reminded of the spatial manipulations and positionings of the multiplayer aspects in Portal 2 with the gameplay. There’s a single player mode, but it’s pretty apparent that Death Squared was designed with the cooperation of multiple players in mind, and the more the merrier. 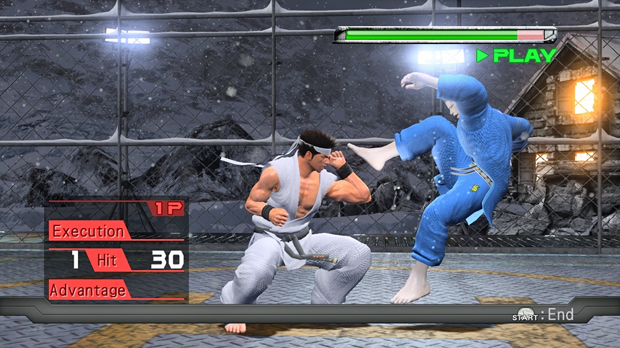 During the fighting game craze of the early- to mid-‘90s, Virtua Fighter started out as a novel alternative to its competition by executing polygon-based 3D combat.  Even the tag “Virtua” triggered thoughts about its precision-based controls and combos within the space as a more realistic take on its rivals, a design element that was eve later adopted — well, attempted — by some of ‘em. It’s that aspect that kept Virtua Fighter brawling alongside the others for nearly two decades, across many iterations that lead to Virtua Fighter 5: Final Showdown as the finisher of the franchise.  Cobbling together vast improvements made to the fifth installment since its arcade release and a host of new features both big and small, this definitive version of the game has been hailed as the crowning achievement of the franchise’s history.

Nearly a half-dozen different installments and almost a decade of stealth experiences made up the Splinter Cell franchise before the development of Conviction, a such a long period naturally sets its audience up for certain expectations for the latest iteration. So, when Conviction steered more toward swift, overt action above tactical stealth — and stripped away some of its intricate covert mechanisms — one could understand if its loyal base might be taken aback. For the most part, they rolled with the punches and enjoyed Conviction for the bolder and more direct shooting retooling of the concept that it became, complete with several fresh multiplayer modes. Since the next installment, Blacklist, reintroduced many of those neglected stealth aspects, the overall success of Ubisoft’s attempt at making Splinter Cell more a more accessible and action-oriented shooter is debatable.