An easy way to get on the good graces of console owners is to offer exclusives for free through their subscription service, something that Microsoft sets its sights on with August’s Games With Gold for the Xbox One. While the likes of Halo may be considered more iconic and signature to the brand, the franchise of which Microsoft has offered the latest installment as a freebie comes in at a very close second or third, and arguably the biggest name-maker of the 360 generation.  Another is a little lower-key, but it’s also well-regarded and provides a unique hack-‘n-slash RPG alternative to some of the others out there. On top of that, they’ve also thrown in one of the later installments from their popular racing exclusive, as well as a reputable entry in one of gaming’s longest-standing franchises.  It’s a pretty solid month, so let’s focus in on the titles. 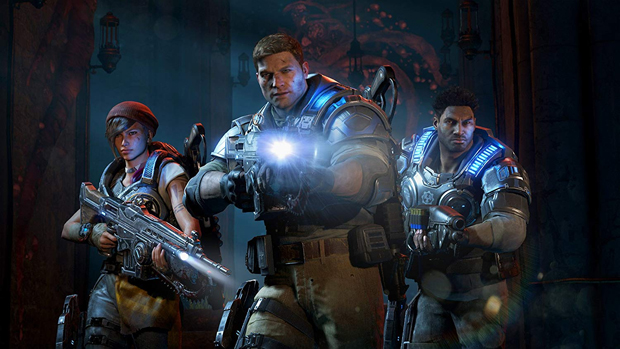 Yes, the gritty violence and unyielding machismo contributed to the popularity of Gears of War upon its release in ’06, but underneath the amusing aesthetics lies a tightly executed third-person shooter with clever usage of cover and an undeniably effective apocalyptic atmosphere. And it only got better after the first, resulting in one of the more reputable trilogies of last generation, to such a degree that fans were still yearning for more even after the COG wrapped up the war against the Locusts in the final entry. After the middling and somewhat poorly-received attempt at a midquel or spinoff with Gears of War: Judgment, the franchise decides to go the popular route by jumping ahead a quarter century into the future with the proper sequel Gears of War 4, in which the son of protagonist Marcus Fenix battles against both human and monster foes in the familiar over-the-shoulder shooter paradigm. It may leg just a bit behind, but Gears of War 4 gets the franchise back on track.

The fifth installment in the Forza Motorsport series served as an early showcase of what the current-gen Xbox console could do in the graphics department, but as is often the case with launch releases like this, there’s generous room for improvement in shifting the gears to the second.  This one does indeed build upon the first, offering the same caliber of precision, realism and visual spectacle as the launch title alongside some noteworthy upgrades. Those included improved weather and daylight features, as well as an upgrade to the multiplayer functionality. Both critics and players responded well to the additions, celebrating both its variety and simulation excellence, and the continued support for the game has resulted in a bevy of new vehicles worth a spin. 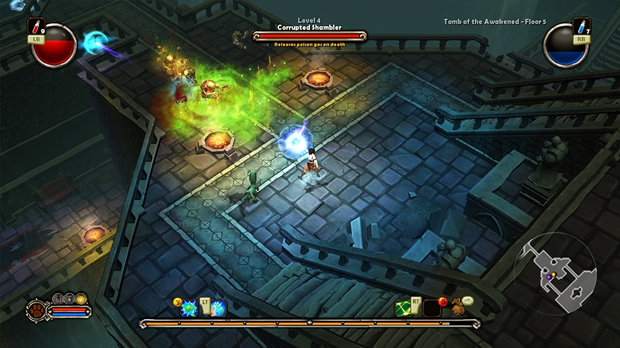 The release of Diablo 3 was an unusual time for gamers, in that both the legendary hack-‘n-slash franchise caught heat for its persistent online connectivity and its streamlining of the concept. It opened the door for alternatives to shine in the light of Blizzard’s missteps, one of which was Torchlight II, a massively upgraded sequel that stood toe-to-toe with the juggernaut.  The franchise had to start somewhere, though, and it began with a smaller scale, yet just as charming dungeon crawler with the original Torchlight. Perhaps it isn’t the longest – around 15-20 hours – or the most in-depth in terms of quest structure and narrative, but the general attitude driving it forward, the amount of obtainable loot, and the fluidity of the action-RPG mechanics make up for its milder shortcomings. It provided a wonderful clone-slash-substitute during the dry spell, managing to create enough of a foothold to lead into something frequently considered to be the superior modern dungeon-crawling experience.

If you’re thirsty for more Castlevania action after last month, don’t fret: Microsoft’s got you covered with another journey into the gothic, beast-ridden realm curated by Konami. From developer Murcuty Steam, Lords of Shadow arrives at the tail end of the period where God of War dominated the action scene, naturally leading any and all third-person action RPG-ish games into a comparison with the juggernaut. Now, Lords of Shadow didn’t really help this by utilizing whip-lashing style of combat heavily reminiscent of Kratos’ weapons, but that shouldn’t lead one to think that’s all there is to the trials of protagonist Gabriel.  Thing is, most elements in Lords of Shadow can be traced to other franchises, and that’s where the game struggles in areas where it really needed to shine.  Castlevania needed to expand and discover a new life on modern consoles, and the derivative nature of it couldn’t quite get to the heart of that matter.