At times, it takes a little effort to find a connective thread between Sony’s PS+ freebies for a given month, but there’s a fairly clear system to September’s round of goodies.  All six of the games can be viewed as journeys in one form or another, yet Sony has delivered two “types” of journeys for each console. One type sports traditional gameplay mechanics and progression — action-RPGs, side-scrolling, platforming — while the other breaks the mold with novel, creative spins on its controls and artistic pursuits.  This forms into a fairly well-received, diverse cluster of gaming experiences that are worth embarking upon. Let’s get to it. 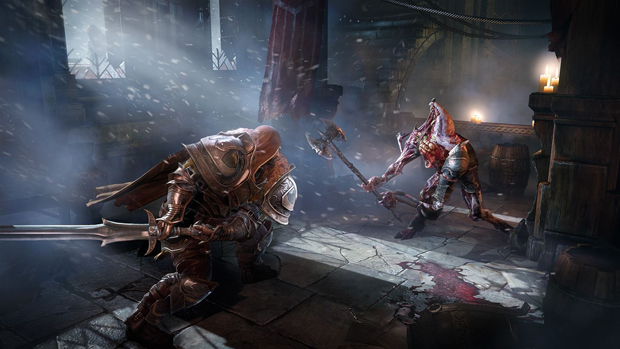 Lords of the Fallen

It takes a certain type of player to appreciate incremental progression and unyielding difficulty in their games, but the Souls franchise has repeatedly and successfully tapped into that niche for the past half-decade. Other action-RPGs have attempted to achieve similar results, with Lords of the Fallen standing out as one that aims to closely mirror the experience. A unique arrangement of classes and concentration types allows the player to customize their version of the protagonist, a recently released criminal named Harkyn, as they navigate through dim, cramped medieval dungeons and caverns. While tactically engaging enemies as they appear, the player decides whether to progress with or without using checkpoints that subtract from experience multipliers, factoring into the game’s risk-and-reward system that earned mixed reviews for how it worked alongside Lords of the Fallen‘s more merciful difficulty level.

The conversation about video games being a form of art has taken off over the past four or five years, delving into whether the interactivity and design of the medium has earned that distinction. In a way, the critically-acclaimed Journey both helps and hinders that argument. The composition of the game’s visuals and narrative drop it so squarely into the realm of artistry that others pale in comparison, designed more to be relished as an experience in the vein of Thatgamecompany’s other works, Flow and Flower.  The fact that it has zero dialogue and only lasts about 2-3 hours shouldn’t be a deterrent, but an invitation to engage in a truly novel experience through painterly deserts, sumptuous music, and effortlessly flowing gameplay. This one’s also available on the PS3. 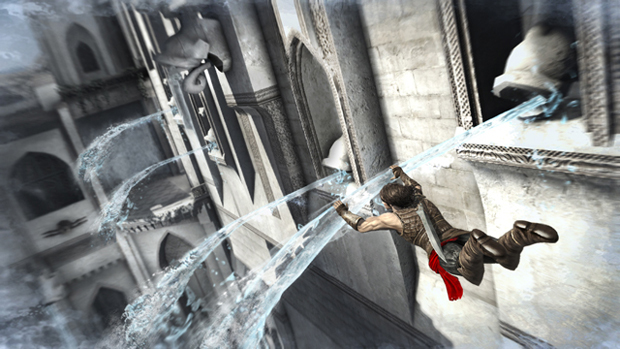 Prince of Persia: The Forgotten Sands

Similar to how they offered a gradual, scattershot feed of God of War games, Sony has now made Prince of Persia: The Forgotten Sands free for download on the PSN two months after doing the same thing with Revelations, the PSP’s rebranded version of a sequel in the franchise. Warrior Within. This one takes place between the first game of this story arc, The Sands of Time, and Warrior Within, bridging the gap between the two both in its narrative and in the aesthetics; it mixes the whimsy of the first game with the grittier edge of the second. Telling a majestic story of brotherhood, djinns, and sand curses, Ubisoft furthers the Prince’s legacy with standard combat and ho-hum plotting designed to coincide with the Jake Gyllenhaal-starring film released the same year, but it makes up for its shortcomings with the kind of exhilarating wall-running and ledge-scaling that fans of the franchise have come to expect.

What happens when a game has terrific atmosphere and ambitious virtual-reality exploration, yet lacks the controls and the storytelling to tie it all together? Ask Datura, Plastic’s attempts at entering the PlayStation Move market (though the game also works with a standard Dualshock 3 controller). The player assumes the identity of an ambiguous protagonist working their way through a mysterious forest, to which an “experimental” narrative takes over with a series of interactive puzzles that deepen the game’s intrigue. Unfortunately, both critics and players felt Datura was a short adventure through a semi-creepy forest that ultimately went nowhere, making very little sense while doing so. 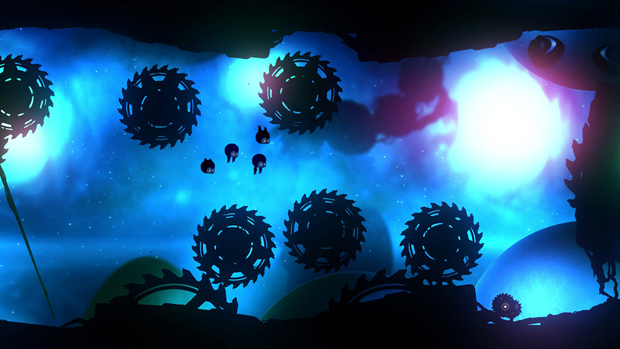 Imagine a mash-up of the shadowy platform design of LIMBO and the environmental conscientiousness of World of Goo, and you’ve got the gist of Badland, the side-scrolling adventure from Frogmind. Originally conceived as a mobile smartphone game, the side-scrolling puzzler incorporates simple controls into a dazzling environment that progresses through stages of the day. Each of these days gets more and more difficult as the little black creature scuttles, flaps, and clones itself through tiered levels, though those spikes in difficulty might not be substantial enough to provide much of a challenge for many gamers.   Triple-digit levels and co-op offer heaps of content for those who get lost in the adventure through the forest, though.  This one’s also available on the PS3 and PS4.

Visual novels haven’t taken off in the West in the same way that point-and-click adventures or interactive stories like Telltale’s games have, but they’ve found a comfortable niche among the anime fans out there.  Among the plethora of options on the market, Idea Factory’s Amnesia: Memories fits somewhere right in the middle in terms of quality. Fusing together elements of mysterious storytelling with a heavy focus on romance-simulator trappings, Amnesia: Memories focuses on a female protagonist who attempts to recapture the memories she’s lost through the genre’s customary choice-based conversation system. The reception from both critics and fans of the otome style of visual novels remains lukewarm, a mix of praise for the tone and paths taken by the story as well as issues with the insubstantial characterization.