Sony’s PS+ Titles for December Not Legendary, But Adventurous

Ending 2017 on a relatively high note, Sony’s PS+ subscription service has taken the successes and stumbles of their offerings this year and applied it to their December slate, though one can’t help but notice that the positive vibes of this arrangement comes from rereleased titles.  They’ve included something of a cult favorite, near-AAA title that’s been remastered for current consoles, as well as included the first two installments of noteworthy old-school puzzle adventure franchise that, uh, hasn’t been remastered so much. The other ones range from movie tie-ins to a standard top-down shooter and a silhouette-based platform game, running the gamut in quality. There’s a decent level of variety here, though, both in the styles of the game and general reception from critics and players. Let’s dive in! 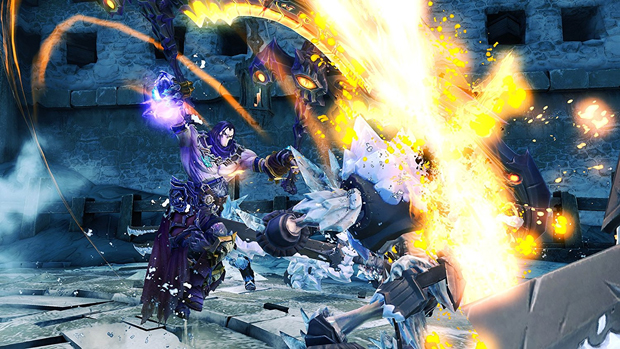 The Darksiders franchise was one of those that flew largely under the radar during the last console generation. It’s a shame that it did, beause Vigil Games found a way of borrowing the best of the Legend of Zelda series and applied it to modern gaming visuals and controls. While the first focused on the escapades of War, one of the four horsemen of the apocalypse who fights to redeem himself in the wake of Earth’s collapse, the sequel centers on another of the horsemen, Death, who works at the same time to clear War’s name of wrongdoing.  Gameplay concepts remain similar between the two, featuring gated ability progression and upgrade hack-‘n-slash combat. However, Darksiders II adds more freedom to the equation with open-world exploration and fast-travel capabilities for easy of movement. This remastered Deathinitive version of Darksiders II was published by Nordic Games, who acquired the rights to the franchise after Vigil and THQ became defunct.

Nearly every animated movie or television franchise reaches a point where its characters lose some, if not all, of their appeal with the release of yet another story. Kung Fu Panda is a prime example, where the antics of Jack Black’s martial-artist panda have gradually turned from amusing to repetitive over the course of three films. That sentiment carries over into the tie-in game for the film, Showdown of Legendary Legends, a youth-oriented duplication of the Super Smash Bros. formula featuring the characters and similar locations found in the film.   Both players and critics had little to say about the gameplay and controls,  other than to point out the obviousness of its merchandising endeavors. 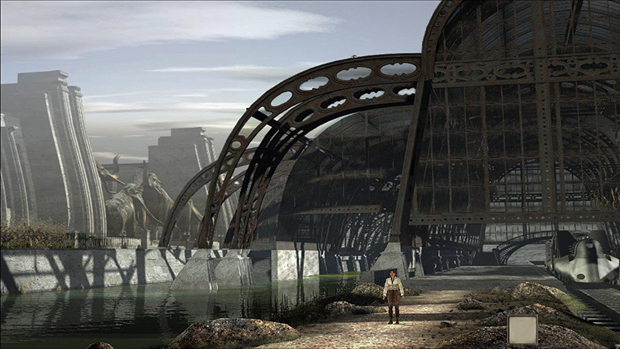 Sony’s subscription service has been consistent with offering a “graphic adventure” as one of their freebies most months out of this year, if not for every single month. It’s fitting, then, that they wrap up the year by offering one of the more recognizable and iconic entries in the point-and-click story genre: Syberia, via the Complete Collection. Created in 2002, the story follows attorney Kate Walker as she’s sent to France to close a deal for the takeover of a factory, which sends her on the search for a mentally challenged man who must approve the deal. Closer in feel to older Sierra titles, the player progresses by solving puzzles and following along with certain requirements to get Kate beyond obstacles, emphasizing atmosphere over challenge.  The Complete Collection also includes the sequel, Syberia II, though neither have been remastered or improved in any meaningful way, serving as direct ports.

The nontraditional, visual novel style of game doesn’t stop with Syberia this month, though, as the folks at Sony have also included an installment in the BlazBlue franchise: the visual novel XBlaze Lost Memories. Players absorb the story while gathering memory fragments while traversing an alternate realm, after which they’re quizzed on what they’ve learned by another character. Critics cited improvements in the storytelling over prior installments in the BlazBlue brand of visual novels, but, like others in the genre, it ends up being hampered by linearity and a lack of gameplay variety. 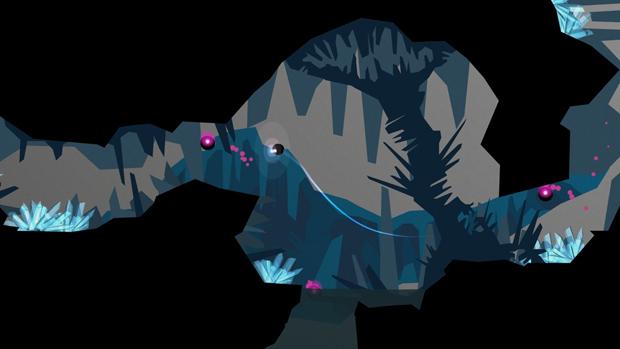 Yet another iteration of the silhouette platformer subgenre – y’know, where blacked-out figures and level design are projected against colorful backgrounds – forma.8 features a spherical transport ship navigating the complex caverns and cranking gears of a distant planet.  The term “Metroidvania” gets tossed around with this title for its progression through an interconnected world and backtracking after completing tasks, sending the ship through the remains of civilizations.  The further one descends into the level design, the more it seems players get immersed in the atmosphere of forma.8, though said immersion seems to hinge on their ability to stay locked into the excitement of exploration above growing uninterested with the repetition and minimalism.

Originally released on the PS3, Wanted Corp features a pair of bounty hunters tracking down escaped fugitives on a distant planet. Since one’s a heavy weapons expert and the other’s a magic user, players can swap between the two as they navigate a host of alien environments, mixing dense overgrowth of foliage and industrial machinery. Gameplay consists of top-down, almost isometric navigation and shooting in this science-fiction environment, featuring levels of success that the players can improve upon with repeated playthroughs of sections.