Sony’s PS+ offerings have been on the upswing over the past few months, as if they’ve started to really understand that there should be some balance between their emphasis on indie games and the inclusion of a few heavy hitters from their AAA catalog.  August hits a particularly admirable equilibrium between the two, including a pair of open-world experiences in vastly different atmospheres — both which take place in renowned franchises — and an arrangement of arcade pick-up-and-go games worth checking out. Let’s take a look at ’em.

Different open-world experiences operate under different degrees of freedom afforded to them by their settings, but generally the more breathing room to roam, interact with, and conquer surroundings, the better.  The Just Cause franchise has amassed a reputation for giving the player heaps of availability to explore and exploit the tropical environment of dictator-run landscapes, encouraging creativity in how to complete missions and to, well, just blow stuff up.  Just Cause 3 brings this to a head in the story of series regular Rico Rodriguez, who returns to his (fictional) home island of Medici to work his magic in liberating the area. A huge 400-square-foot playable area is given added heights and depths with enhanced abilities to scale peaks and descend into caverns, while also furthering the series’ legacy of causing mayhem with destructible environments and unruly physics responding to the destruction. The fatigue of repetition probably sets in quicker with this third Just Cause game, but there’s lots to do until then.

Black Flag marked a significant turning point in the Assassin’s Creed franchise, incorporating seafaring gameplay and a pirate’s aesthetic while charting a unique course for the Order of Assassins. Freedom Cry extends the experience by focusing on one of that game’s central figures, Adewale, an ex-slave who was liberated by Black Flag’s protagonist Edward Kenway and given the responsibilities of being his first mate. This standalone DLC jumps ahead fifteen years to a point where Adewale has further taken up the mantle of the Assassin’s Creed, where he has become shipwrecked at a French colony in the Caribbean and, while rebuilding a crew, discovers a plot involving scientific research and the usage of slaves. A thematic story embarks in Freedom Cry that adds narrative fuel to the series’ core components of free-roaming, pilfering, and killing at the behest of the player, extending into several hours of gameplay that fittingly squeezes into the Assassin’s Creed canon. 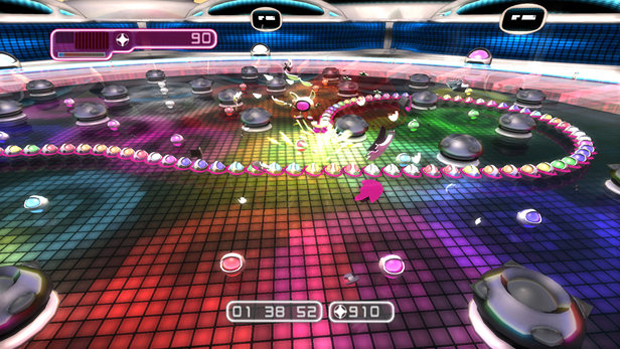 Digging games are probably a little more common than one might imagine, with several variants out there one the same burrowing underground formula as the classic ‘80s puzzle game Dig Dug.  Super Motherload mobilizes these ideas in a modern gaming platform, throwing the player into advanced little digging vehicles and sending them into randomly-generated “roguelike” levels of earth to discover resources.  Collection, upgrades, and four-player cooperative gameplay spice up the formula of the original mini-game Motherload, while also tapping into a vein of interesting storytelling involving the unearthed secrets of the Martian landscape. Original a flash game, Super Motherload has been dinged by others for being simplistic and repetitive, but it should still offer quick bursts of enjoyment.

Even just seeing the word “snake” in the title of a videogame will trigger a specific kind of game in many gamers’ heads, where the player hits directional buttons for a snake — or worm, or something — to eat little pixelated nuggets and grow longer in size without hitting the critter’s ever-expanding backside. Snakeball massively expands on that concept: while branded as a bit of a remake of the original concept, this version incorporates a 3D perspective, colorful disco-style graphics, and competitive multiplayer. There’s still the regular old Snake experience to enjoy, though, contained within the numerous other game modes, as well as another level-clearing mode that’s somewhere in between. 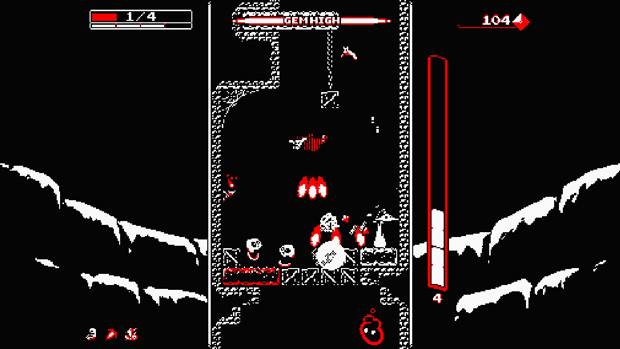 Normally, shooting platform-style games like Downwell feature elongated levels where the character progresses upward (if they’re not side-scrolling). As if the title wasn’t a dead giveaway, this one does the opposite, where harsh, vintage black-and-white graphics capture a little white character, the “Curious Man”, descending and blasting his way down into a cavernous environment. Shifting ammunition types being fired from the curious man’s “gunboots” unload on monsters and the environment, which are both procedurally generated the further down he goes. It’s an inexpensive title that’s deliberately designed to have the pixelated grit of retro games, but the consensus remains that it’s a descent worth undertaking.

A lot of us old fogies enjoy the medium of videogames as a form of escapism from our everyday lives, especially from the demands of work and from office environments. Well, Level 22 attempts one of the hardest sells one can imagine for a game: play a stealth game that’s actually based on getting the lead character to his office when he’s late. See, Gary’s on his last strike at his job, and if he’s caught being late again, he’ll likely get canned. Since he’s, indeed, late once again after a night of debauchery, he’s got to get himself into his office without anyone seeing him. Camouflage, subterfuge, and even a little inside-the-box buffoonery in the vein of Metal Gear Solid make up the tongue-in-cheek stealth game, though critics drudge up familiar complaints about trial-and-error and a lack of replay value as negatives.