It’s the final countdown – cue Europe’s iconic ‘80s tune here  – to the date when Sony will stop offering PS3 and PS Vita games through their PlayStation Plus subscription program, scheduled to take effect in March of 2019. To be honest, the selection of legacy titles over the past year wasn’t anything to get too excited about, perhaps to soften the blow as that point draws nearer. January’s free downloads aren’t any different, though the title that grabs the most attention in this shrug-worthy month does pop up in the PS3 offerings. Other factors may come into play with what’s being dished out this month, but it’s clear that Sony isn’t beginning the year with a bang.  Let’s jump into what’s there. 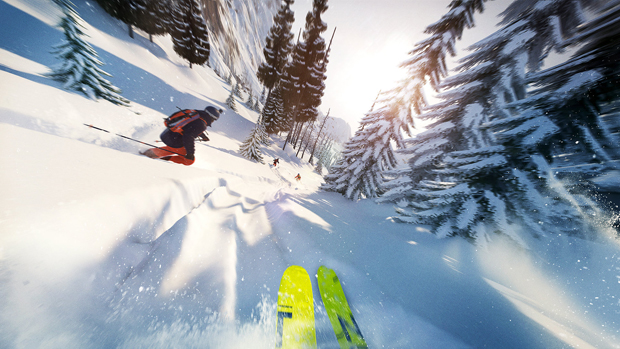 It seems as if Ubisoft wanted to create a wintry extreme-sports version of Burnout Paradise when they took the plunge into Steep. Stunning landscapes that duplicate the snowy Alps and Denali mountaintops provide open-world environment(s) through which the player can navigate … and by navigate, I mean shred and glide. Skiing and snowboarding provide the on-the-ground action, while wingsuits and gliders take the player through the air, constantly backed by impressively realistic visuals that can be viewed through either first- or third-person perspectives. Despite allowing the player to explore the areas at their leisure as well as to record videos and engage in a trick point system, Steep really wants people to play online against others in races and activities.  While some critics seem conflicted over whether it’s enough of a simulator, most seem to appreciate how it aspires for something different than being a duplication of SSX, Amped, or other arcade snowboarding games.

“The World” of Portal Knights exists somewhere at the intersection of paths leading to Minecraft, Skyrim, and Castle Crashers. After selecting a class for your character – Mage, Ranger, or Warrior — and then going through the RPG-like tradition of customizing their appearance, the player gets thrown into its beautiful quasi-angular environment. A versatile experience then takes shape, first hallmarked by combat (from either a first-person or third-person perspective) and then leading into its crafting and construction aspects, which will quickly trigger thoughts of other games.  A direct arrangement of quests gives the player more of a gaming purpose as they tap into the combat’s relative depth and the building facets, while co-op functionality allows three other adventurers to tag along for battle, either online or split-screen locally. Critics note that The World lacks depth and the game’s functions can grow monotonous, but those are likely small hills to climb for the intended audience of Portal Knights. 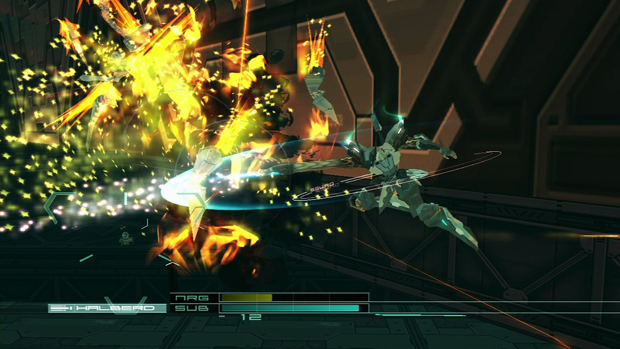 Zone of the Enders HD Collection

Surprisingly, there aren’t many good games built around the concept of giant “mecha” robots beating up one another, even and especially when looking at the range of Gundam titles released over the years. Taking notice of that void, videogame mastermind Hideo Kojima and the folks at Konami struck while the iron was hot with Zone of the Enders, which brought together the grand scale of the concept with the creator’s intense storytelling style.  Zone of the Enders has developed a cult following since its release that overshadows the game’s recognized flaws – short story, iffy voice acting and dialogue – hinged mostly on its tech designs and tight shooter/brawling combat. A sequel, The 2nd Runner, also received fine marks despite being criticized for further storytelling issues and engineered gaming conflicts. High Voltage Software’s HD-updated collection features the PS3-era remastering for both games.

Look, Harmonix didn’t invent the music/rhythm game, but it’s hard to dispute the impact that their dance and faux-instrument titles have had on the gaming climate over the years. It’s fitting, then, that they’d be the ones to try something a bit different with the concept: an attempt at bringing rhythm-based controls into a standard gaming atmosphere.   On its face, Amplitude actually looks a good bit like the Guitar Hero / Rock Band framework in how an arrangement of circles travel down a column and prompt the player to push buttons in concert with ‘em.  The difference lies in the vehicle pushing things forward, literally, taking shape as a science-fiction craft called a Beat Blaster that’s flowing along six different instrument paths of songs and shooting the notes with its cannon.  Considered a sequel of sorts to the studio’s game Frequency, Amplitude has been ported from the PS2 to the PS3 with unique songs crafted by folks at Harmonix and from other indie sources. Online multiplayer’s there, too. 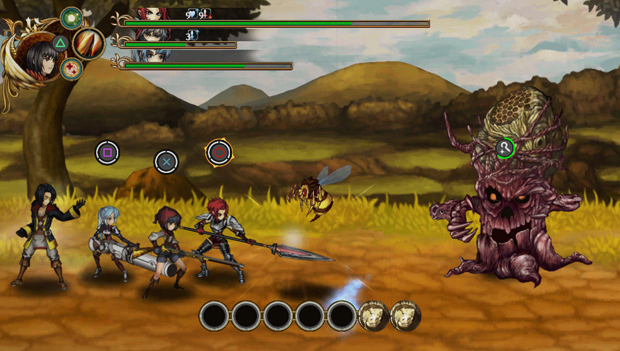 YummyYummyTummy is a development studio that seems focused on educational games, so it’s interesting that they ventured into real-time RPG fare with Fallen Legion. Handdrawn artwork folds into the game’s side-scrolling combat and quasi visual-novel conversations, giving it the poise of something like Dragon Crown or Odin Sphere. Timed button-mashing and strategic placement of the 4-person party go in a different direction than those brawlers, though, adding an intentional methodical layer to the flow similar to segments of Valkyrie Profile.  Info about the reception to Flames of Rebellion specifically is scarce, but reviews for the PS4 physical release – Sins of an Empire, which fuses both this and another Fallen Legion game together – praise the live combat mechanics and smooth animations. Load times and twitchy animations have been reported as problems with the Vita iteration, though.

Finally, there’s Super Mutant Alien Assault, a retro 2D action game with colorful visuals, brisk shooting, and a whole lot of dubstep-infused futurist music. The visuals have a certain vivid charm, there’s degree of randomization to the enemies and weapons available in the levels, and it’s always amusing to see a super tiny dude wielding a big ole’ gun. That seems to be about all there is to this quirky shooter, though, which critics have labeled as underwhelming and devoid of much relay value.