Sony went all over the map with the free games they’re offering to PlayStation Plus subscribers in May.  Critic scores range from intensely positive to rather poor. Game genres range from fantasy hack-‘n-slash action to interactive graphic adventures and relaxation diversions. And the titles on offer range from big, recognizable names to obscure productions that can be a struggle to even get much concrete information about. It’s a true medley, and the positive and negatives that come with that. Let’s explore this month’s PS+ games. 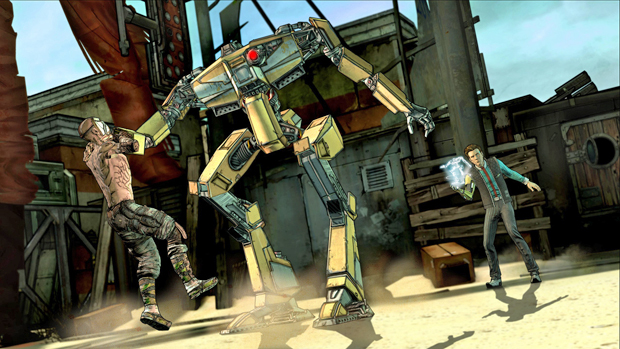 Tales From the Borderlands

It took Telltale a couple of swing-and-a-miss efforts to land of the right sort of franchise for their interactive adventure style of game. Once they discovered that the right way to approach this was with stories containing a wide universe that can properly exist outside the primary plot, notably with The Walking Dead, they’ve hit the ground running and skillfully taken on many other franchises in the same fashion.  Tales From the Borderlands marks another evolution in their approach, in that Telltale have set this series in the expanded universe of another game universe, that of Gearbox’s “space western” sandbox landscape from the Borderlands series. Telltale may not have been able to carry over the loot gathering and exploration that primarily draws people to the series, but they do capture the underlying humor and strong character moments studded throughout, telegraphed in the developer’s signature choose-your-adventure model.

Some people find stress release in a variety of ways through the videogame medium: wandering the landscape of a fantasy environment, hugging the curves of a racetrack, or landing headshots in a warzone. Certain games, however, are specifically engineered for a laid-back and hassle-free experience that immerses the player in deliberately relaxing elements, from effortless controls to idyllic environments. Joining the ranks of thatgamingcompany’s entire catalogue and the Wii’s Endless Ocean is Abzu, which places the player in control of a deep-sea diver who’s tasked – by themselves – to revitalize the ocean’s life energy by interacting with other-worldly pyramids submerged in the water. Wordless storytelling, linear pathways peppered with limited exploration options, and very little urgency ensures that Abzu won’t be for everyone, but it’ll be right up the alley for those who view lackadaisical meandering and stunning underwater expanses as the tools for rapturous leisure. 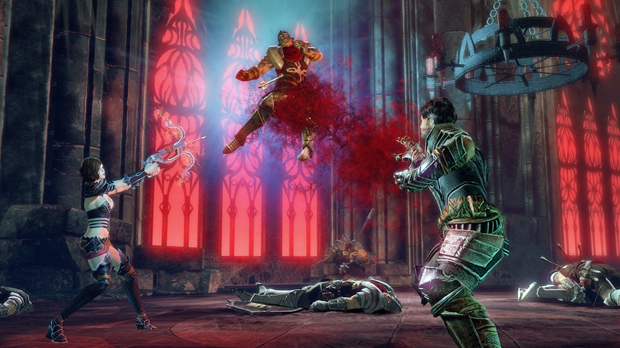 Many players of the original Diablo have stories of frustration centered on that game’s blood knights, the late-game version of the knight enemies who possess drastically spiked difficult levels due to their resilience and lethality. Perhaps it’s that reputation that Deck 13 wanted to recall with the title Blood Knights, which amounts to their own take on the Diablo model through the game’s isometric camera angles, loot gathering, and hack-‘n-slash dungeon crawling.  Most critics of the game, however, have cited the exact opposite as an issue, where its forgiving difficulty level isn’t helped by certain uninspired artistic choices, humdrum controls, and action-RPG superficiality.  Those desperate for a Diablo or Dark Alliance / Norrath type of experience might find some brief entertainment value hidden somewhere in the shady corners of Blood Knights, but probably not a lasting campaign.

After development team Ascaron shuttered their doors, publisher Kalypso hoped to capture some of the same rise-and-repeat success of their Tropico series by rejuvenating the Port Royale run of business simulator games, passing the torch to the developers at Gaming Minds for Port Royale 3.   Trailers may give it the appearance of an action game set during the era of pirates and merchants, but the nuts-‘n-bolts of the mechanics hinge entirely on strategic trading decisions made across the Caribbean during the 1700s, in which the player can build relationships, broker deals, or create conflicts. A dated and cumbersome graphical interface, slushy pacing, and a treasure trove of bugs and glitches apparently keep Port Royale 3 from launching very far from port, though. 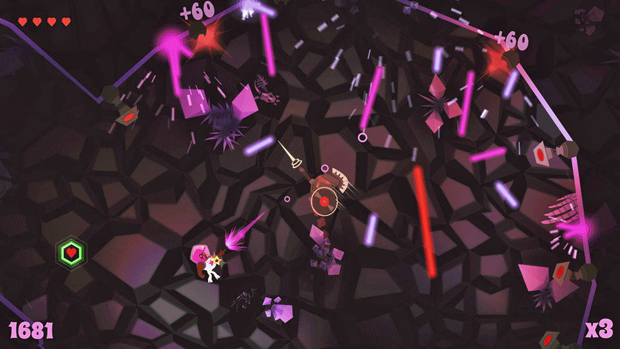 Remember the scene in Star Wars where Han Solo fires a laser shot in a garbage room that’s “magnetically sealed”, which resulted in the energy blast bouncing off wall after wall and forcing the gang to dodge it? Imagine an entire game built around that concept, only with slower-moving energy blasts and much larger spaces for them to bounce around in, and picture Harrison Ford wearing bell bottoms and an afro.  That’s essentially the concept behind Laser Disc Defenders, in which a foursome of spiffily-dressed heroes – bathed in neon colors throughout – jetpack their way through levels and avoid their own ricocheting laser blasts as they attempt to destroy hostile robotic obstacles in randomly generated environments. Laser Disco Defenders isn’t unlike Geometry Wars in vividness and reflex demands, and comes equipped with character customization and funky music that heightens the mood.

At its core, Type:Rider is a fairly standard platform puzzle game, operating in shadow silhouettes similar to the design aesthetic in Limbo or Outland. It’s the context of the level design, however, that gives this side-scroller from Bulkypix its distinctive traits. Levels are created out of books, background illustrations, and, most notably, out of large typography letters from different eras and places.  The player controls two dots – a colon – and traverses the environments inspired by the periods, triggering switches and predicting physics responses in order to get both dots from left to right. The player is rewarded with textual information about the fonts themselves, making this both a challenge of a videogame experience and, hopefully, also an educational one for the player. The game was originally developed for mobile devices, then ported over to the Vita.