PlayStation Speeding Through May with Free PS+ Sequels

Sony’s lineup of free games for PlayStation Plus subscribers in May is a case of The Fast and The Familiar, including a pair of racers for the PS4 and nothing but sequels and/or remakes across the board. While those with Vitas will enjoy another journey into the realm of Kratos this month, if they haven’t already, the current-gen crowd will be tinkering with a mobile port, a brand-new mini racing game, and the fifth entry in a long-running construction simulator franchise.  Let’s hit the pedal to the metal and get into what Sony has to offer across their platforms.

Reminiscent of classic futuristic racers like F-Zero and Wipeout, Switch Galaxy Ultra is an updated version of the game’s PSMobile release built for the PS4 and PSVita.  It adds spruced up graphics, music, and levels to the fast-paced rail racing action, alongside a comic-paneled story mode about a roguish pilot harvesting Tantalum throughout the galaxy.  While the narrative received generally subpar marks and some consider the track obstacles to be more frustrating than fun, there seems to be enough exhilaration in the racing itself give this new Switch Galaxy a spin.  This title is also available for download on the Vita.

Using photo-realistic graphics of customized mini-cars similar to Micro Machines and small-scale tracks on which they do battle, this sequel to the fairly well-received Table Top Racing includes both offline challenges for its 20 tracks and online multiplayer racing.  Hoping to be a community builder similar to Rocket League, World Tour was released on May 3rd on the PSN.

Kalypso Media and Haemimont Games team up once again for another installment in the Tropico series, but they’ve taken strides to renovate their construction simulation formula with Tropica 5.  This time, the reign of “El Presidente” spans across four different time periods — from colonization on the focal island to the modern era — and features overhauled aesthetics and tweaked customization of its strategic growth components.  It was divisive among fans of the series, receiving a lukewarm response to the adjustments in the mechanics and difficulty, but that’s common among the strategy simulator genre. 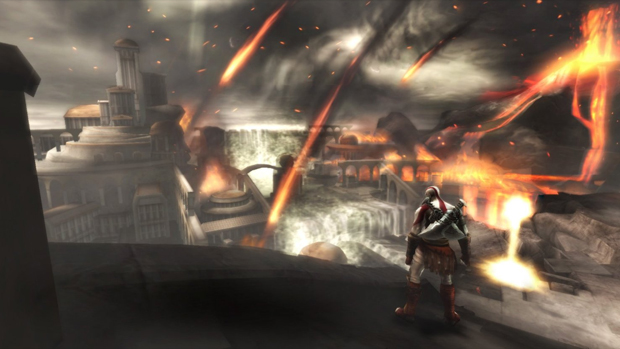 God of War: Ghosts of Sparta

The chaos of the God of War series eventually made its way to the PSP with Chains of Olympus, proving that Ready At Dawn wouldn’t miss a beat in translating the fast-moving, vivid gameplay and storytelling to the smaller screen. Ghosts of Sparta, the second to arrive on Sony’s portable devices, follows that lead in crafting yet another intense experience through this alternate version of Greek mythology. A midquel set between the events of the first and second God of War games, it features Kratos on a journey to discover his roots and find his brother, Deimos, which sends the chalky, red-striped hero and his whirling blades through Atlantis and into the Domain of Death.  Receiving similarly stellar marks for both the brutal combat and the mythical storytelling, there’s little reason not to grab the handles and start swinging and yelling at creatures of yore once again. 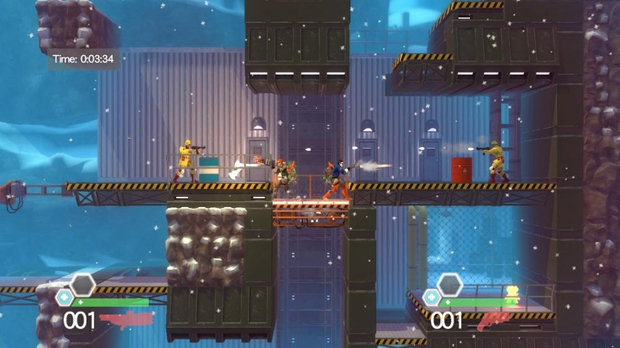 Swedish developer Fatshark answered the call to build Bionic Commando: Rearmed 2, the sequel to 2008’s well-received side-scrolling platformer. Nathan Spencer and his versatile bionic arm charge into action with a crew of other soldiers to locate Colonel Brubaker, a commander from Spencer’s organization gone missing while on a mission to ease tensions with a dictator, General Sabio, who’s threatening to launch missiles. It’s a slightly polarizing follow-up due to a quirky redesign of the lead character and some shakeups in the “evolved” gameplay, but Rearmed 2 retains the retro feel of the first entry for those after a similar experience.

Sony’s Japan Studio released this installment of the LocoRoco franchise for the PS3 in 2007, where the player takes control of a butterfly as it flutters through a collage of moving graphical backgrounds while leading the LocoRoco beings throughout the levels.  The effortless gameplay, bright colors, and short playtime fit into a niche somewhere between a simple platforming game and an interactive pastime that’s suitable for younger audiences.