It’s hard not to chuckle, at least a little bit, at the free PS+ games on offer in May.  Right now, a lot of people have been either working from home or dealing with not being able to work at all due to … you know, the thing. And you’d maybe think that one of the last activities they’d want to engage in during virus quarantine would be going deep into simulations of, well, the monotony of everyday life, whether it’s the construction of a city landscape or growing some spuds on the farm. Yet, there’s another slice-of-life game involving pulling weeds, buying furniture, and paying off mortgages that’s all the rage right now, so that might not be the most accurate way of looking at things.  In fact, maybe the feeling of getting semi-real projects done in a virtual space — either crafting functioning idealized cities or abandoning the urban rat race for food production — could be just what some people need right now instead of pure escapism, or if they don’t have the availability to do their own actual outdoor projects. Sony and PlayStation Plus have offered up two well-received executions of that concept that have near limitless play value, if that’s what you looking for. 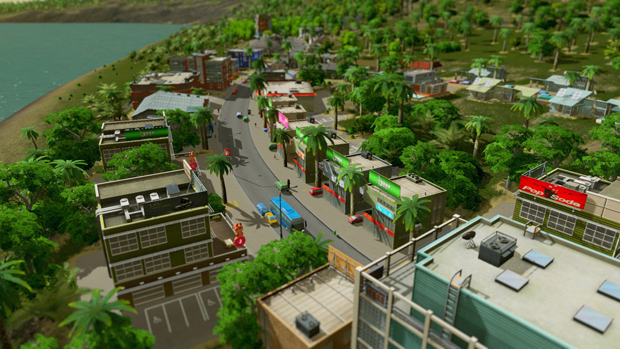 There’s no avoiding the comparisons that will be drawn between Cities: Skylines and the SimCity franchise, but over the years, that brand of city-shaping simulation isn’t the kind of “sim” people have latched onto.   While EA’s The Sims slice-of-life game has sustained a loyal playerbase – as have other open-ended routine games like Minecraft and Animal Crossing — interest has dwindled for the Maxis style of nuanced, complex city infrastructure design systems, resulting in a slumped attempt at rejuvenating SimCity in 2013. Turns out, its focus was too narrow … and the ways in which Cities: Skylines broadens and diversifies those horizons are what was needed. The levels of interactivity go beyond just making a city that functions: progression in the game unlocks social and political decision-making involving the implementation of schools, law enforcement, taxes and regulations on what’s allowed to be erected in the area.

In the world of flashy AAA action, open-world, and even other nonlinear sim games, one might be forgiven for overlooking the world of low-key “routine” simulators; for the truly hardcore out there, there are games for driving semis across the US and for, well, just staring at rocks. By comparison, Farming Simulator gives you much more to do than that. For over a decade now, Giants Software has offered the complete package for players who want to hop into just about any aspect of the rural crop-growing lifestyle, whether that’s cultivating plants or raising livestock.  Farming Simulator 2019 marks the 7th base iteration of the game, and it has overhauled the graphics engine and introduced John Deere branded machinery into the mix, along with cotton crops and horse farming. There’s only so much that can be tweaked year-to-year with simulators like this … but, then again, the same almost seems to be the case with the annual sports titles nowadays.