While the past few months in the broader world itself have certainly been eventful, the lineups of free video games from the subscription services have been far less so. Perhaps it’s because of the rampant digital sales that the services have been offering, hoping that folks being home far more often will drive sales instead of justifying free downloads.  Regardless of the reasons, especially on Microsoft’s service, the freebie download options have been even a step below subpar; the stray option of being able to download Fable Anniversary for the Xbox 360 isn’t enough to offset those impressions.  Unfortunately, May doesn’t do much to help get things back on track, offering lackluster racers, middle-of-the-road sequels, and a decades-old sports title described by the word “sensible”.    Players need something more in their lives to soften the blow of their subscription prices during these times, but let’s jump into what’s here anyway. 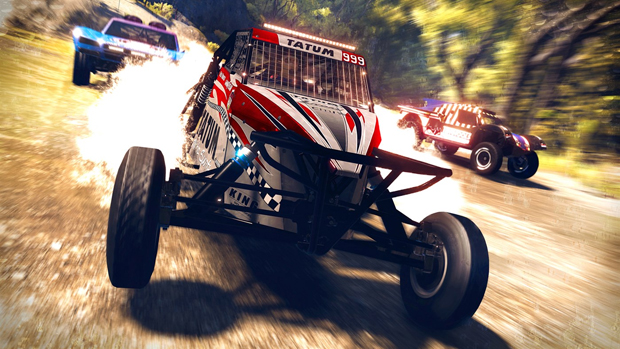 The options available to gamers who want to hop in the driver seat of some fast-paced racing are even more plentiful nowadays than they used to be, and there hasn’t been a shortage for a very long time now. Instead, the games have comfortable separated into niches – arcade, simulator, street, circuit, offroad, etc. – and have further refined against the competition within those.  DIRT occupies the throne for the rally racing brand of games, while the V-Rally brand came out of a 15-year hiatus to provide some competition. Comparisons are naturally formed, and both critics and players have warmed to its robust visual presentation and general control responsiveness.  What seems to be unavoidable problems with this latest iteration of V Rally, however, lie in an inability to commit to an overall game style (arcade or simulation) and obtrusive AI for the rival drivers.

Recognizable science-fiction branding mixes with a reliable gaming concept – and its eager, built-in audience – with this dungeon crawler based in the Warhammer universe. For a long time, Diablo-like games were in short supply; players turned to the likes of Torchlight, Sacred 2 and Dungeon Siege III to get their fill of the hack-‘n-slash loot subgenre until Diablo 3 finally decided to show up. Now, however, the options are far more plentiful, which makes a fairly straightforward clone like this not as easy of a sell. Sure, devotees of the concept will be excited to hear about the game’s selection of classes, loot possibilities, rich dungeon atmosphere and multiplayer capabilities, and those interested in the Warhammer universe will have plenty to sponge up through the campaign.  That said, both critics and players have noted that there isn’t much to it beyond unoriginal dungeon-crawler game design and the Warhammer brand. 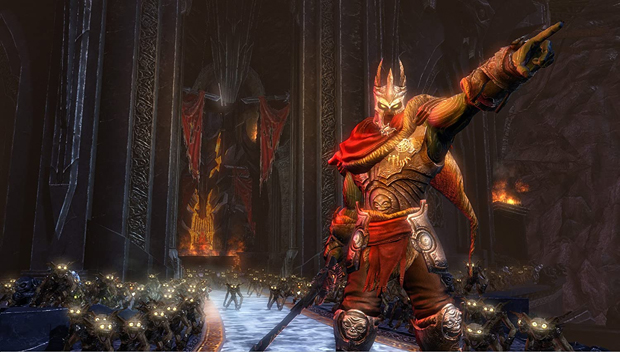 I never had the chance to play Sensible World of Soccer when it was first released (Amiga!) in the early-‘90s, but I did have a great time playing other early console-based soccer games. Fairly straightforward movement and shooting controls still led to exhilarating, strategic gaming experiences, and while the isometric viewpoint might be different from Sensible Soccer’s top-down approach, the thought process behind the handling of players and their actions shares more than a few similarities.  Thing is, there are certain aspects of Sensible World of Soccer that hardcore soccer game fans continue to praise, notably the “realism” of how the players and ball move across the field, how power kicks can be better tailored to situations, and of course the extensiveness of the roster/player customization. This has led Sensible World of Soccer to hold its own even against the modern marvels of graphic capabilities, an experience that last-gen consoles passed to the modern era in 2007 with a port.

The original Overlord struck a chord early in the 360’s lifecycle, dazzling with its fiendish and chaotic tones as the player navigates how the main character “uses” his goblin-esque underlings. Through trials of combat and ritualistic sacrifice, these minions become a resource to generate and exploit, and the game’s tone works around varying degrees of evilness within its role-playing. It’s a novel concept, but one that has a certain amount of lasting power that may or may not work with a sequel. Overlord II proves that there’s just enough juice to squeeze out of the concept for a follow-up, but only just enough. Critics and players both felt that there was a been-there, done-that aspect to the overarching design of Overlord II, for better and for worse, and that was before the middling aspects of the world size and camera functions started to overpower its devilish charms.