March’s Xbox Games With Gold — Episode 32019: Revengeance of the Plants

There aren’t very many occasions where things are truly shaken up in the world of video game subscription services, so those moments should be embraced whenever they arise.  The Xbox Games With Gold program was given warning that one of such moments would be arising: their biggest competitor announced that they would stop offering free legacy games starting in March.  Amid a shift of this caliber in product offerings, Microsoft has the chance here to deliver an impressive month that could remind current subscribers that they’re charging forward with their paradigm, as well as entice new or transitioning subscribers with that kind of value-packed month. In that moment, they’ve decided to offer a mediocre videogame adaptation of a popular TV show, a non-lethal shooter spinoff of a popular Facebook game, one of the OG Xbox’s lesser Star Wars experience and a frustrating (but quite solid) spinoff of the Metal Gear franchise.  Not striking while the iron was hot, but it’s still an interesting month. Take a closer look, we shall. 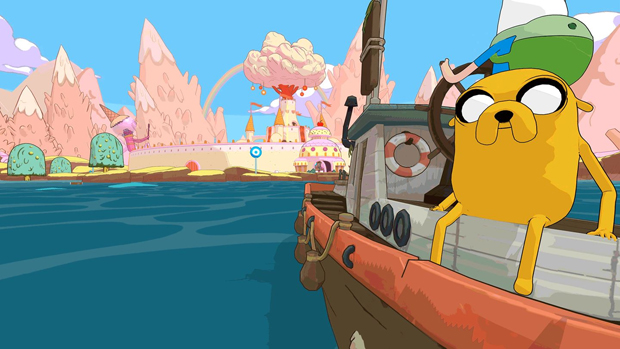 Believe it or not, it’s been almost a decade — ten seasons — since Pendleton Ward started creating his adventures of Finn and Jake for Cartoon Network, a period in which several videogame adaptations have enjoyed varying degrees of success with its audience.   The latest, Adventure Time: Pirates of the Enchiridion, incorporates an open-world area into turn-based RPG mechanics and puzzle-solving platforming. As Finn and Jake set out to save the Land of Ooo from its flooded state, the gameplay adopts an attitude somewhere between the travels of Legend of Zelda: Wind Waker and the ship combat of Assassin’s Creed: Black Flag, propelled by straightforward classic turns in combat and the familiar Adventure Time sense of humor.  While both critics and fans have appreciated that it feels like part of the animated show’s universe, the lack of difficulty and the repetitiveness of the gameplay itself aren’t enough to keep the wind in this tie-in’s sails.

PopCap’s original Garden Warfare was one of those games that appeared during the initial reveals of the current generation of consoles, where its vibrant colors, bright attitude, and family-friendly spin on a normally adult concept — a shooting game — brought their tower-defense interface to a 3D space. The studio, which typically concentrates on mobile and/or Facebook friendly games, saw the potential with their PvZ franchise and fired off an accessible, laid-back shooting experience that’s both safe for all ages and engaging for those across that spectrum.  Garden Warfare 2, not unlike the Call of Duty games that it so cutely references in its title, manages to fully realize the concept’s potential as a sequel. An expanded single-player campaign, an uptick in competitive and co-op functionality both online and off, and a wealth of improvements in player customization position this as a worthy second wave. 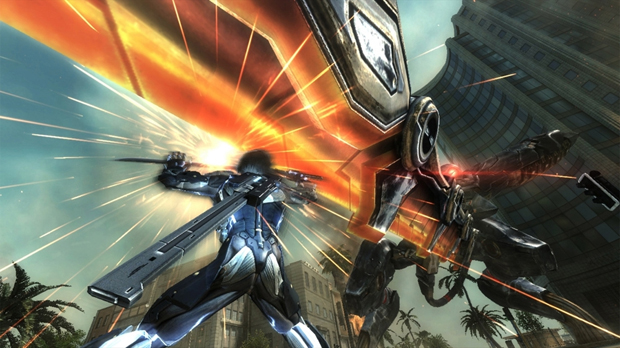 “You know that Star Wars game for the original Xbox?”

“What, Knights of the Old Republic. The RPG? Yeah, it’s great!”

“No, no, the other one that’s more of an action game.”

“Oh, right, Jedi Knight and Jedi Academy? Yeah, those are fun too!”

It’s a common conversation when it comes to discussing Star Wars games on the Xbox, an unfortunate truth for Republic Commando, the gap-filling actioner made to exist together with the release of Episode III: Revenge of the Sith. Taking place shortly after the “attack of the clones” in the middle chapter of the prequel trilogy, this one follows a first-person shooter perspective as the Delta squad of (good-guy) commandos engage in dangerous tactical missions. Fans and critics often acknowledge it as a brief but engaging charge through the Star Wars universe, one that unfortunately isn’t memorable enough to stand out from the other titles available on the Xbox or to merit a sequel, which was in the planning stages and later cancelled.

Nope, “Revengeance” still isn’t a word, something that’s unfortunately stuck to the reputation of PlatinumGames’ spinoff of the Metal Gear franchise. It’s unfortunate, too, because underneath the meme-worthy jest of a title lies another brisk, challenging experience from the folks responsible for Bayonetta and Vanquish.  Taking control of cyborg Raiden, the protagonist from Metal Gear games some two decades ago, the player engages in quick sword-based melee combat that’s fueled by desired revenge for a kidnap scenario and thwarting an assassination attempt.  The caliber of action falls in line with the rest of PlatinumGames’ catalog … that’s to say, it’s crazy in terms of speed and scope, bolstered by the studio’s exemplary grasp on controls. Critics aren’t too fond of the game’s brevity, though, and the story that’s there isn’t made of the same stuff as the other Metal Gear games, but Revengeance is no joke on the actual gaming front.