Possibly in response to the fact that last month’s offerings were dominated by sequels, Sony decided to offer up a more diverse variety of original works and franchise installments for its free PlayStation Plus games in June.  That includes a pair of inventive, outside-the-box indies that stretch the boundaries of what one might think about in terms of traditional gaming, though it also covers a prequel to one of the company’s flagship action series and a reinvention of a classic PS2 horror game.   All points considered, we’re looking at a pretty solid month for PS+ subscribers.

Fans of classic point-and-click adventures like Myst, Shivers, and  The 7th Guest will likely be drawn to the concept behind Gone Home, a first-person mystery simulator about investigating a mansion and digging around for clues as to why it’s abandoned. Telling the personal story of early-twenties Kaitlin Greenbriar as she returns home from abroad,  the narrative unravels by peering into her family’s personal life through relics found around their house. As it rewards players the deeper they explore the mansion’s corridors and objects, a somber story comes to light about ’90s crazes, conflicted teenagers, and timely relationship woes. It’s not a game built on a fantastical premise or driven by set objectives, though, other than the personal satisfaction of deducing the heart of the family’s turmoil, and that results in a well-crafted but somewhat polarizing narrative-driven experience.

The latest basketball joint from Visual Concepts and 2K Sports arrives with one distinct new addition: a story mode for the MyCareer feature handled by film director Spike Lee. It’s a talking point that saturated the marketing for NBA 2K16, and gauging by the response to the unpleasant characters and sloppy dialogue, it probably shouldn’t have been so prominently featured. Beyond that, the latest entry in this longstanding, well-regarded basketball series makes the expected handful of refinements and mode overhauls to the previous installment, many of which deepen and enrich its NBA simulation aspects. Most importantly, even with an ambitious roster of tweaks to other areas, it seems that NBA 2K16 has retained the same tight, realistic gameplay celebrated by fans in prior years. 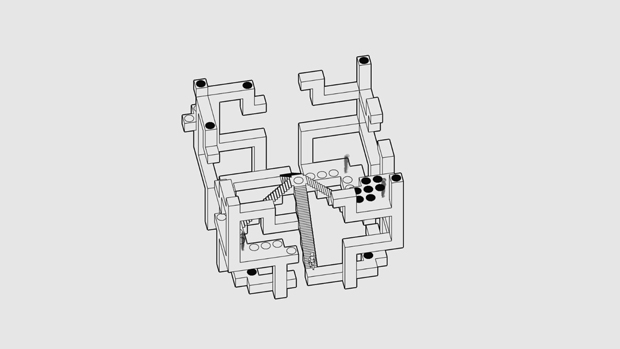 Despite also being released on the PSP around the same time, SCE Japan’s Echochrome was among the first real head-turning downloads to arrive on the PlayStation network. Mimicking the skewed perspectives of M.C. Escher’s artwork, the game features a walking mannequin –the type typically used by artists for sketching — that moves along disjointed pathways created by angular blocks, staircases, and holes in the ground. While rotating the structures to complete broken planks and cover up those holes, all rendered in minimal black and white designs, the player attempts to create a fluid, consistent path for the mannequin within each level.  The elegance of this puzzle game is matched by its abstract challenge, and certainly deserves a whirl if someone hasn’t played it already.

In the early 2000s, the Siren survival-horror series had to fight to draw attention from the Resident Evils and Silent Hills and Fatal Frames released around it. While it was generally praised for its supernatural setting and time-displaced storytelling, many also thought Siren fell short with its controls and other mechanics, limiting its appeal to patient aficionados of the genre in need of a spooky fix. As a revamped take on the first game, Siren: Blood Curse attempts to bring together its excellence in atmosphere with improved gameplay built around evading the undead, with its eerie tale of Hanuda Village spread across 12 episodes. Impressions from critics and fans alike have been roughly as positive toward its supernatural tale, but still lacking toward its merely functional gaming aspects, giving players just enough of a scare until the next entry in the genre might emerge from the shadows. 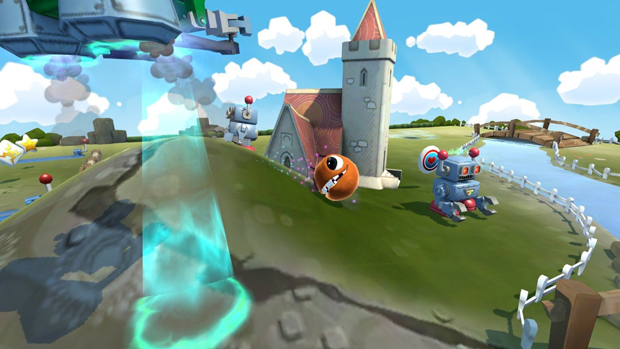 BigBig Studios had a few objectives in mind with their arcade-style diversion Little Deviants, which is about the titular characters’ rebuilding efforts after a robot attack. A collection of mini-games shows off what’s possible with the PSVita’s versatile controls, ranging from rolling a little balled-up critter around on a surface to guiding another of those fast-moving little guys through tunnels by way of the SixAxis motion sensors. Little Deviants earns a little slack for essentially being a cute, glorified demo of the Vita’s capabilities, but not enough to overlook the criticism it received for the unresponsive controls and fluctuating quality of the minigames themselves.

God of War: Chains of Olympus

And finally, what’s the best way to follow-up on last month’s free God of War game for the Vita? Why, to offer the other one, of course! Ready at Dawn’s first handheld iteration of the God of War series, Chains of Olympus, takes place before the events of Kratos’ original adventure on the PS2, set during the warrior’s decade of service to the gods. With his blades at the ready, Kratos fights to bring light back to a world covered in darkness due to the absence of the sun, sending him from the Temple of Helios to the shores of the River Styx in search of a solution. The series’ signature fast-paced, brutal combat and mythology-based storytelling received the same caliber of praise as its big(ger)-screen brethren, yielding a fierce adventure that’s just as epic-scaled on handhelds.