December’s PS+ Free Games Have a Titanic Need For Speed

Popular games, especially those that don’t have built-in replay value, must be tricky to evaluate when choosing them as a free download for a subscription service like PS+. New titles? Sure, it’s a safe bet people will get excited about them being included.  Older games, however, have undergone the life cycle of both digital and physical sales, and those without obvious benefit to replaying them – one and done, if you will – tumble in price to a point where just about anyone can play these otherwise great games for cheap. The chief PS+ freebie this month falls into that category: a well-regarded, impressive title that can be purchased for about the same price as a latte at your local coffee shop.  Those with shiny new systems either purchased or gifted to them over the holidays will, naturally, enjoy the availability; however, longstanding veterans might be shrugging their shoulders at it. Oh, and there’s MOTORCROSS. Let’s go! 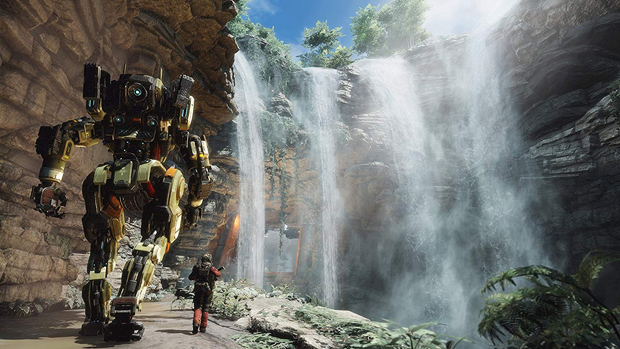 The original Titanfall had the benefit of that leniency granted to games released early in new console’s life cycle, with dated gameplay and a lacking narrative being forgiven for how handsomely the sci-fi shooter was executed.  To say that it had “room to improve” – as well as potential – would be an understatement in the eyes of gamers everywhere excited for Respawn’s next title. That’s where Titanfall 2 enters the picture, accomplishing one of the most important things that it can as a sequel to a middling first entry: it becomes much closer to what people thought the first one would be.  Brisk-paced shooting, a hearty progression system, and a smart science-fiction narrative result in a wholly satisfying single-player experience, while an evolving and fluid multiplayer experience brings much-needed improvements to its longevity. While it’s several years old now and easily had in bargain bins everywhere, many still consider it to be among this gen’s best shooters.

There’s a lot to process when checking out Monster Energy Supercross.  At first glance, it’s tough to look at the game as anything but an advertisement for the energy drinks above all else, as the distinctive three-line, acid-green logo can be found in just about every single frame from start screen to finish line. Yet, those who’ve watched the motorsport will confirm that, hey, that’s just the way it is when you’re there in person, so the game can’t be dinged for simply being accurate.  Along with that, you’ve also got the first official supercross game from Italian developer Milestone – the folks responsible for MotoGP, Ride, and numerous other bike racers – that incorporates real-world tracks, bikes, and brands for the full experience.  Underneath that surface, however, lies a visually realistic yet mechanically flawed first lap in the franchise, cut off by frustrating AI opponents and wonky environment responsiveness.