Xbox Games With Gold for April is a Science-Fiction Battleground

Microsoft’s Xbox Games With Gold titles this year have placed a lot of faith in the power of The Force, in that close to 20% of the free titles offered have come with the Star Wars name attached to them. Those have been for the original Xbox, though, which has revealed something of a system to how the sub service has been handling games this year: the original Xbox gets Star Wars, last-gen’s 360 titles have been the “heavy hitters” of the lot, and the current-gen One offerings fit into the non-AAA, mostly indie spectrum. After the lukewarm first couple of months and now with April’s shrug-worthy slate of titles, it’s about time for Microsoft to tap into its powers and unleash more noteworthy recent games to help justify its subscription service’s price tag. Let’s take a closer look. 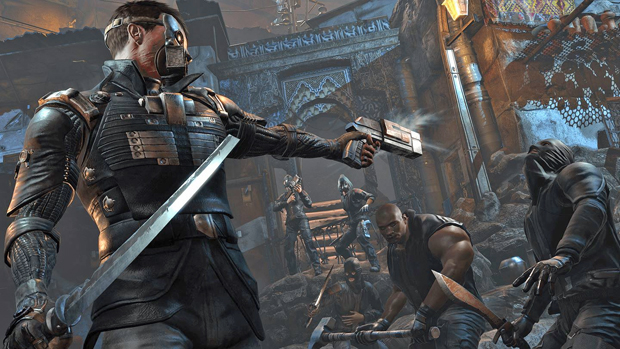 The last time we experienced a game from Spiders, it was Bound By Flame, their hopeful yet unsuccessful challenger for the throne of AA action-RPG titles. Their follow-up, The Technomancer, hopes to capture some of the potential of futuristic RPGs before the likes of CD Projekt Red’s Cyberpunk2077 complicates matters and in the absence of BioWare’s Mass Effect.  Sharing a universe and taking cues from the studio’s previous title Mars: War Logs, this game – like Bound By Flame – attempts to incorporate a deep arsenal of RPG components hinged on stats, combat styles, and mildly branching endings based off decisions made throughout its wartime tale set several centuries after the colonization of Mars. As with other games from Spiders, however, the critical and player response resulted in a lukewarm mix of appreciation for the ambition and frustration with the execution, yielding what seems like a flawed response to Witcher 3 that’s, when push comes to shove, still worth a look.

Revisiting an older game can be a challenge if there isn’t a strong nostalgic attention to it, as the underlying gameplay must be strong enough to support its reintroduction to the modern era. Outcast: Second Contact remakes what’s considered to be one of the first substantive open-world experiences, merging vivid other-worldly landscapes with an urging for players to explore them. The world grants near-complete freedom for the character to travel wherever they’d like – with the understanding that certain areas are more hazardous than others at lower levels – and it also reacts to decisions made by the player in how to engage situations, from using “stealth” to evade encounters to whether more reckless methods of solving problems were undertaken. Coupled with polished, updated graphics rendering the landscape’s variety, there’s a lot for players to like about the layout of Outcast, though both critics and players agree that its dated, sluggish controls anchor the exploration to the past. 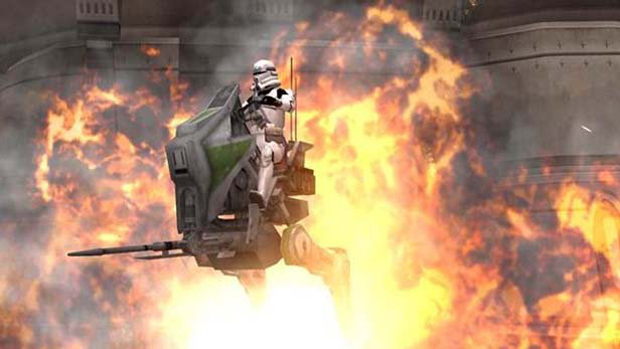 Ah, Pandemic. Few game developers out there have the grasp that the now-defunct studio had on the third-person action/shooter genre, realized in both their Destroy All Humans and Star Wars franchise efforts; their attempt at a historical GTA-style game, The Saboteur, was also criminally underappreciated. Battlefront II marks the culmination and refinement of their game design, essentially repeating the celebrated mechanics and enthrallment of the first one with additions and improvements, from beefed-up modes to a tighter, more focused single-player campaign. As most players will confirm, however, the crux of Battlefront lies in its multiplayer functionality, especially the online functionality and the ability to plow through Star Wars battles with buddies just about anywhere. Of course, with EA’s updated, graphical powerhouse releases of the Battlefront concept, Pandemic’s games fall into the realm of old-school feels … but the still-tight execution might just cause a disturbance in that perception.

The climate for military shooters during the mid-to-late 2000s was quite a warzone, one where studios were trying to figure out exactly how many of ‘em could hit the market and continue to satisfy demand. Underneath the new success of their Rainbow Six: Vegas line of tactical shooters, Ubisoft also maintained a consistent output of titles from the Ghost Recon line, hitting success with their Advanced Warfighter subgroup; the acronym GRAW was a thing for a while.   Advanced Warfighter 2 takes places very shortly after the events of the original, transpiring in Mexico across a three-day period amid a brewing civil conflict.  Controversy swirled around its depiction of towns in the region, but underneath that lies a tight, intense cover shooter that tilts toward the methodical player instead of those who prefer to go in guns blazing, sporting technical prowess in both the graphics and the enemy AI.