Well, we’re in the second month of Sony’s revamped, streamlined PS+ paradigm of only offering current-gen freebies to its subscribers, and one would think that they would be trying really, really hard to make this shift in value seem worthwhile with the titles being chosen. Perhaps the new PS+ would pack enough value in those PS4 goodies to counteract the subtractions, or perhaps it would make things even more desirable to non-subscribers as a way of drawing in new members to offset the drop-offs. Unfortunately, March didn’t get things off to a great start, and April … well, it doesn’t improve matters.    Charging in with a mixed-reviewed fantasy survival game and an ever-so-slightly better received sci-fi RPG, there’s a lot of swings and misses in this second round of post-decision PS+ titles, and that’s bound to leave subscribers frustrated as they wander through these games and await next month’s slate. 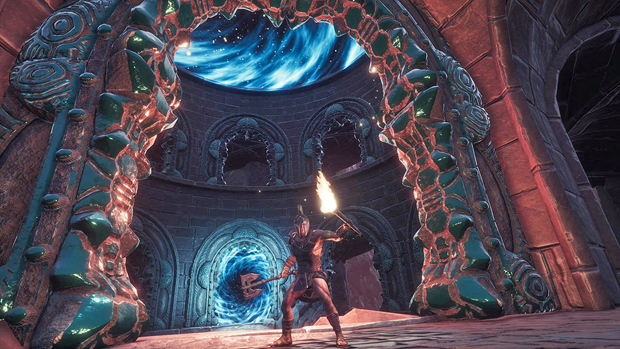 Released over a decade ago, the original Conan videogame built a niche cult status for being an underrated hack-‘n-slash adventure within the titular character’s universe, centered on slinging swords and saving scantily-clad damsels in distress.  Many years passed without a follow-up, and finally Funcom decided to step in with Exiles, which veers away from the straightforward action premises of the original and into the realm of survival in a prehistoric era. The player controls a customizable exile that wanders a harsh fantasy landscape, capturing an attitude similar to Far Cry Primal as they explore the area, gather supplies, and of course hunt prey or kill enemies. An attractive game with versatility that continues to fill the open-world void left by the absence of Elder Scrolls games, Conan Exiles was unfortunately saddled with controversy upon its release: due to ESRB restrictions, the US version was censored so that little of the nudity – and none of the gratuitous elements found in other region releases, notably the toggled size of the player-character’s, uh, body parts – could be seen. 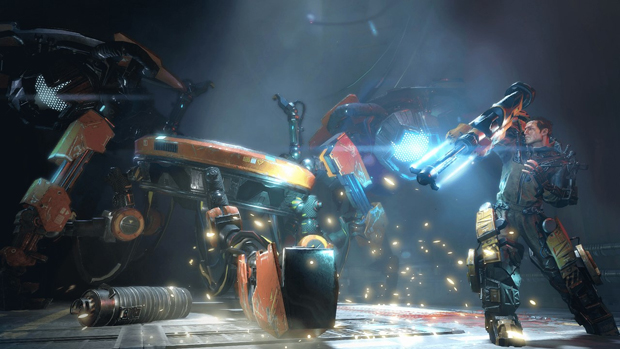 The tide has shifted over the years in the type of game that studios have been borrowing from for the open-world genre: while there will always be plenty of Bethesda copycats, others have been chasing the dangerous challenge of exploration found in the Dark Souls series, such as Deck 13’s Lords of the Fallen. Their follow-up, The Surge, aims to do so within the spectrum of a not-so-distant futuristic environment plagued by dwindling resources and humans being replaced by robots to do work, in which the lead character Warren receives extensive technological upgrades to his body in order to take on more challenging work for a research project. When the facility essentially blows up, Warren uses these upgrades to combat enemies, work his way through hostile areas, and learn more about what happened with both the facility and his assigned project. Bountiful upgrades couple with a brutal combat system that encourages removing opponents’ limbs for additions to Warren’s inventory, though both critics and players have cited the game’s cheap difficulty spikes and drab, mazy environments as reasons it lacks the surge of energy needed to keep going.