As the Man of Steel battles at the global box office, the question once again rears its head, “Is there a place for the vintage superhero in this modern world?”  Man of Steel attacked this question directly by ham-fisting some phony baloney thing about how Superman’s super spandex was traditional Kryptonian garb. That, and how any attempt to spy on Supe’s whereabouts with surveillance drones results in very expensive paper weights.

College Humor, on the other hand, has postulated some other answers.  Just how does Kal-El deal with being scooped by Twitter? Or being clowned by a Superman parody Twitter account?  Naturally, Lex Luthor is a bit more clever when it comes to search engines, but just how can Clark Kent evade the supper sleuths of the interwebz?  Spoiler alert: The best part is the art, especially with Darkseid and Gorilla Grodd cracking up at Supe’s gadget-holding fanny pack. 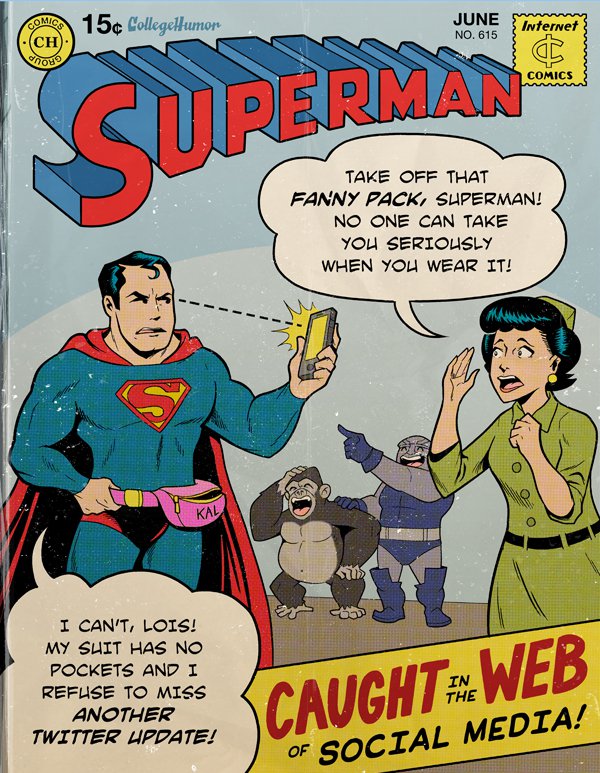 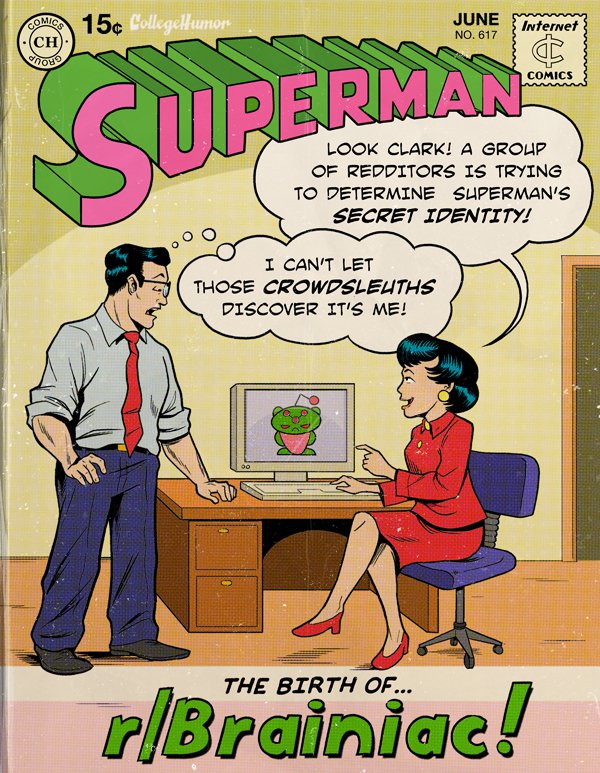 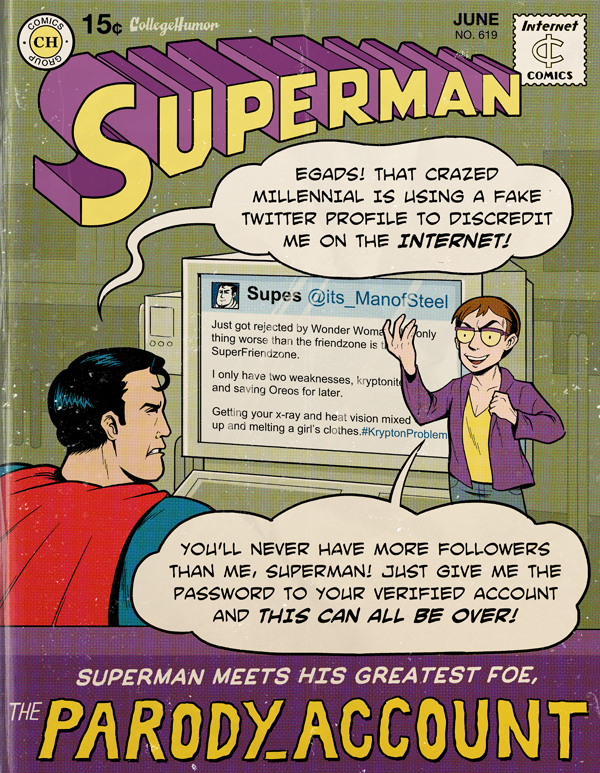 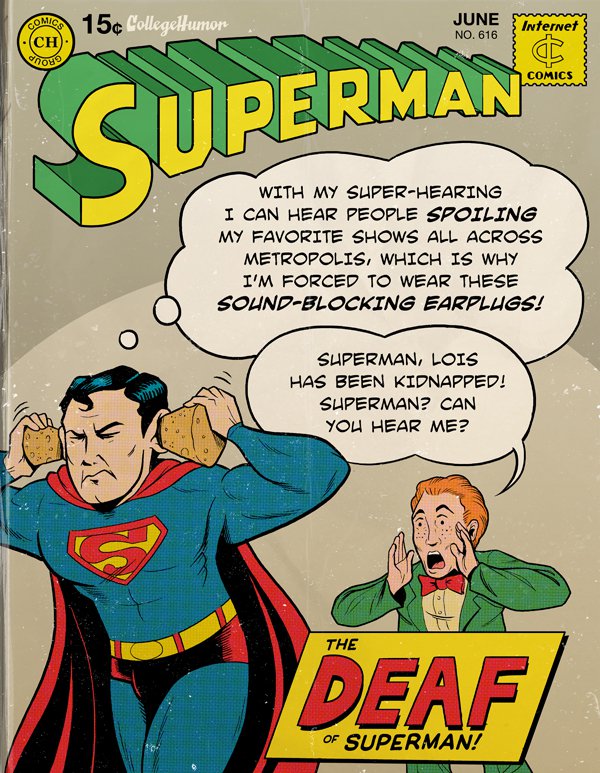 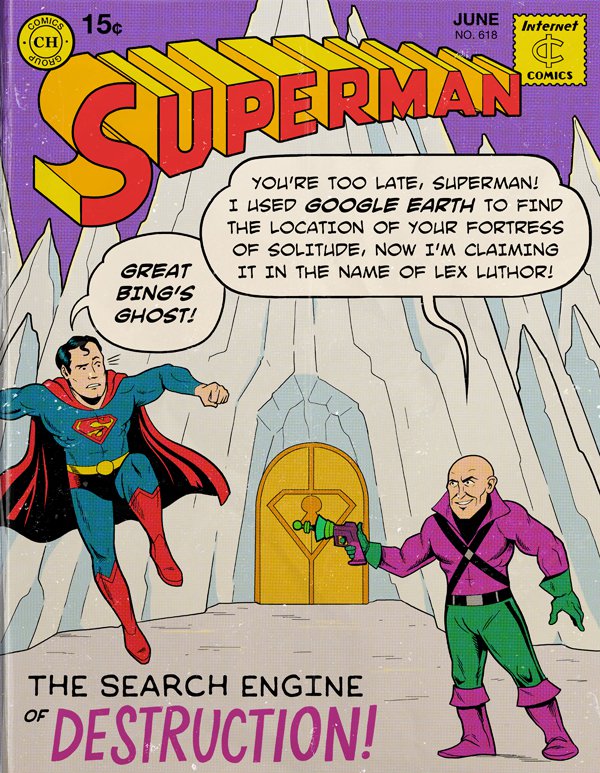 [By the way, if you did a word count on the above word/thought bubbles from these covers and compared that figure to Supe’s dialog in Man of Steel, I am pretty sure this doubles all of Henry Cavill’s lines.]