Created by animation designer Andry Rajoelina, this adorable collection of illustrations depicts superheroes in the DC Comics family walking their children to school. Each child is wearing a little backpack and has been portrayed as having similar interests in relation to their father or mother. Superheroes in the collection include Batman, Superman, the Flash, Wonder Woman, Green Lantern, Aquaman and Green Arrow.

For those unfamiliar with the backstory on the Green Lantern illustration, that’s the Hal Jordan version of Green Lantern. Yes, it’s the same character used in the horrific Green Lantern movie starring Ryan Reynolds. More importantly, it’s the version of Hal Jordan that existed in the early ’90s. During the Death & Return of Superman crossover in the DC universe, Hal’s hometown, Coast City, was completely destroyed by Cyborg Superman and Mongol.

Pushed to the brink of his sanity, Hal set out to completely recreate Coast City using the entire power of the Green Lantern Corps. Definitely one of the saddest illustrations in the collection, Hal is walking a son that he doesn’t really have. It’s just a creation of his mind, an element of the recreated Coast City.

Check out the entire collection of superheroes below. If interested in purchasing a print, Rajoelina will be making them available on a limited basis through his site. 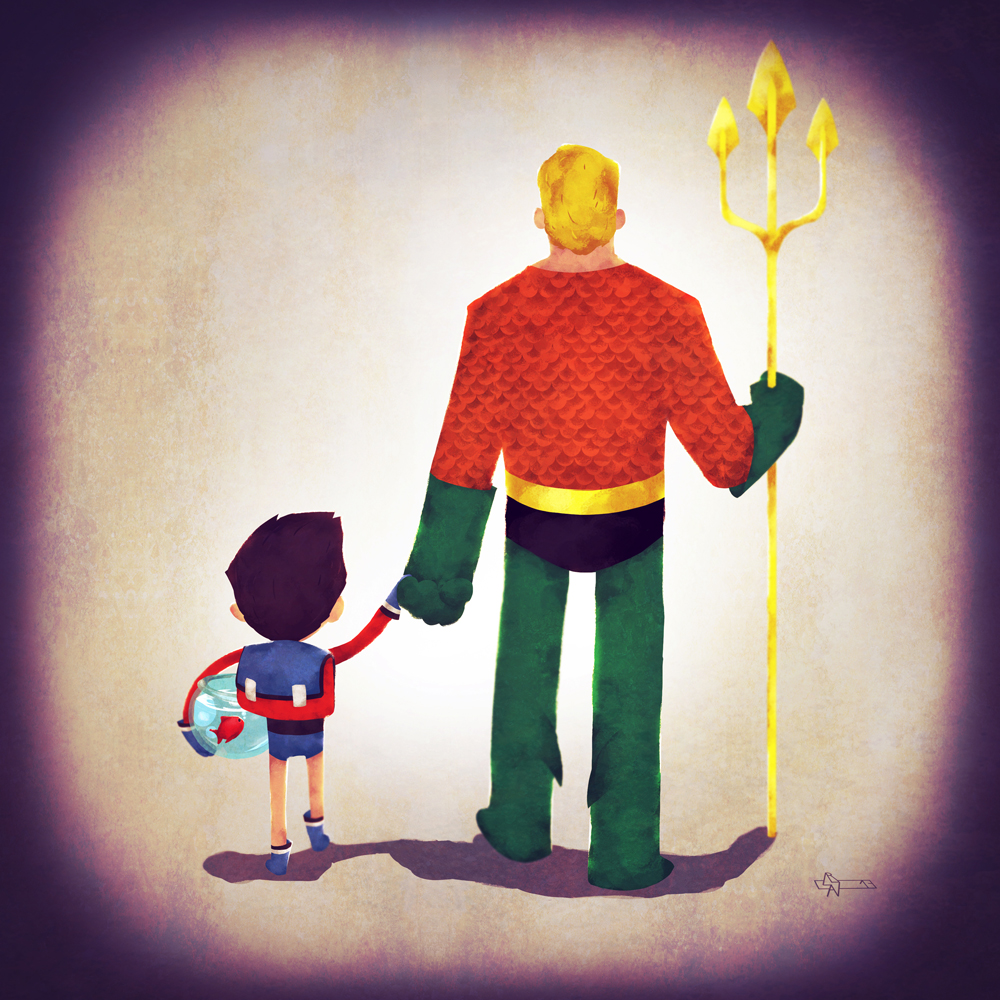 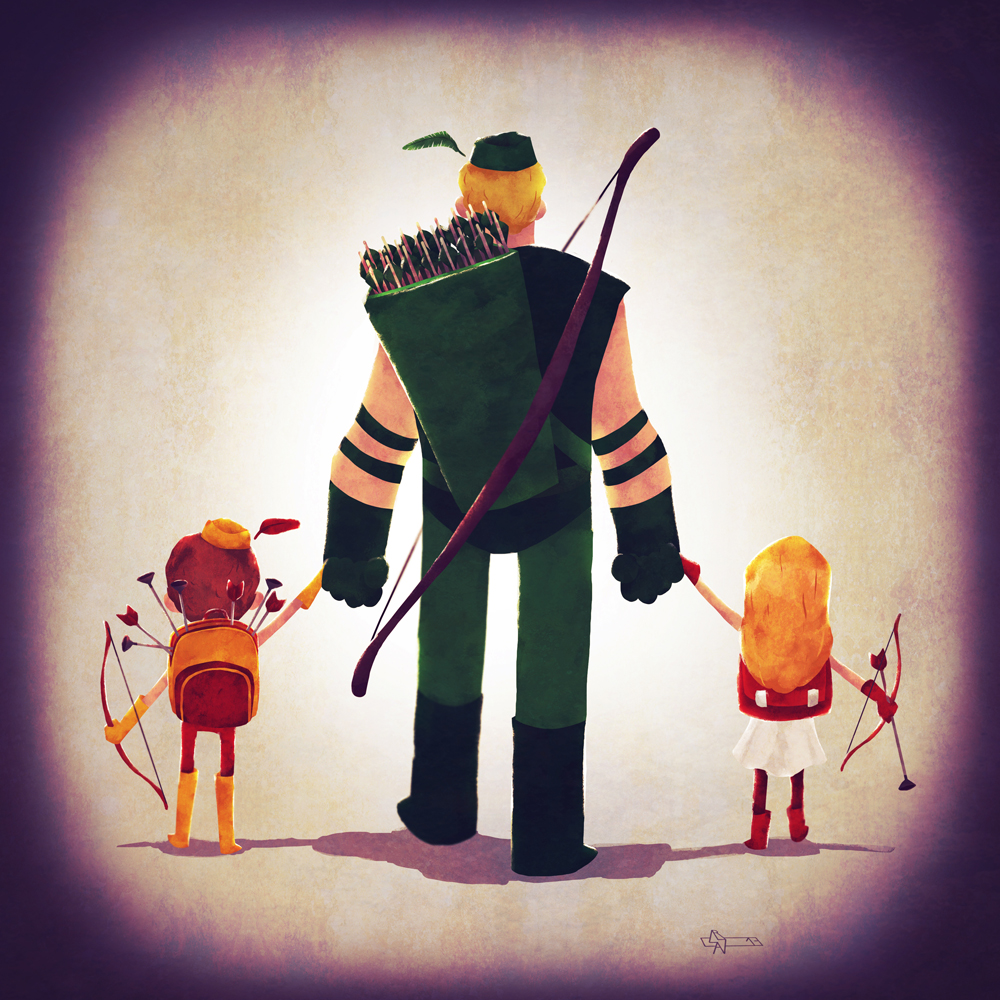 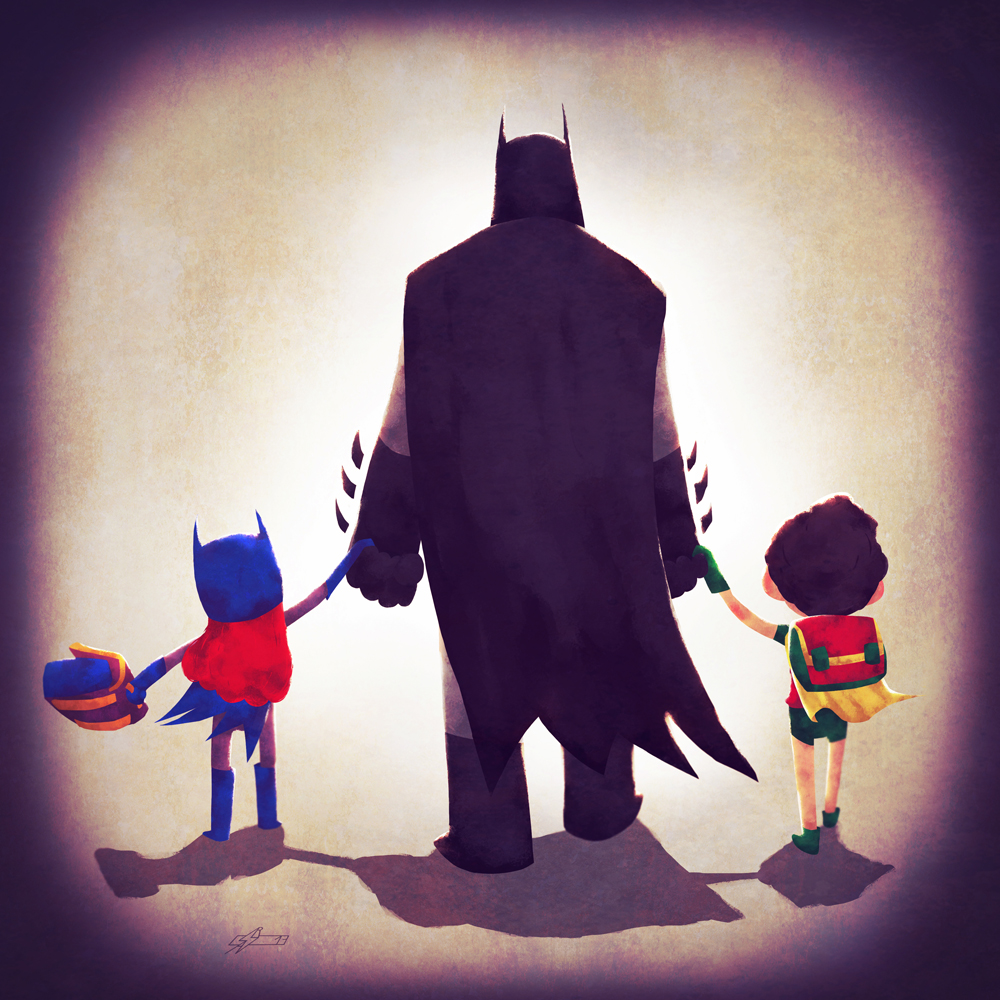 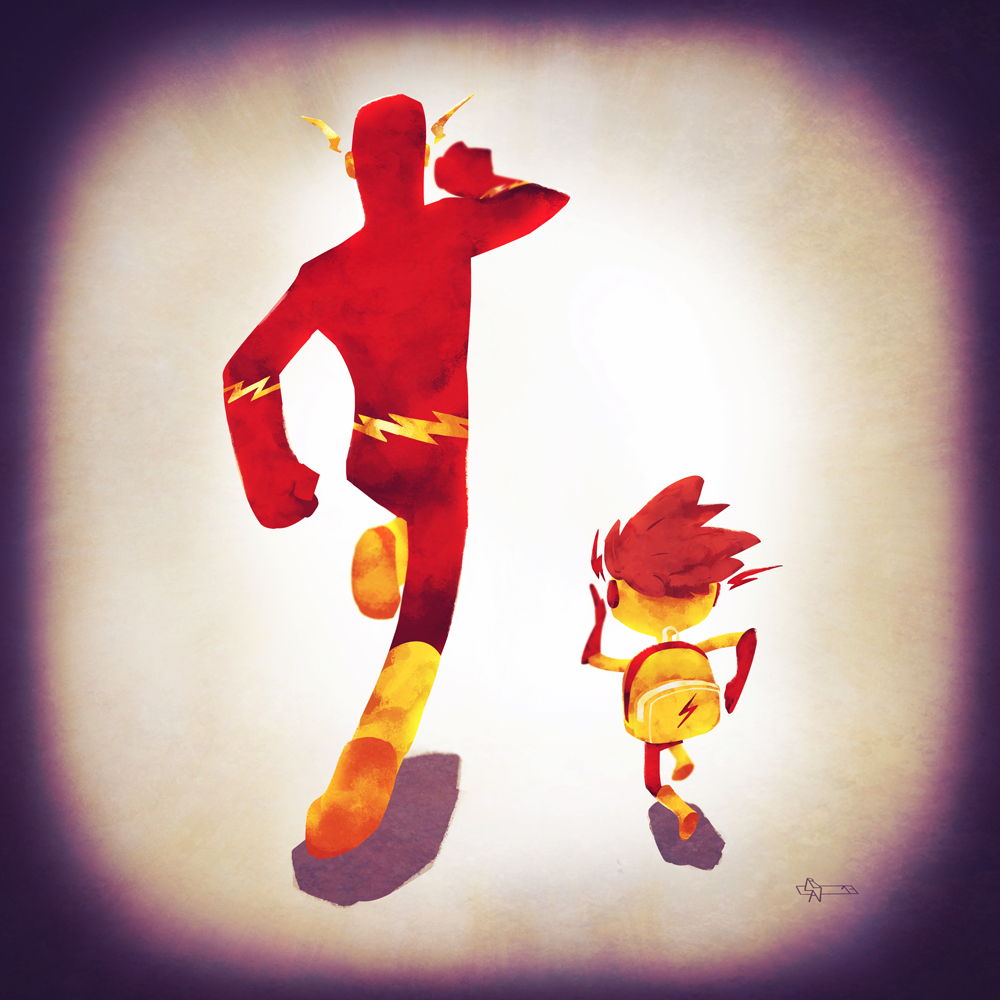 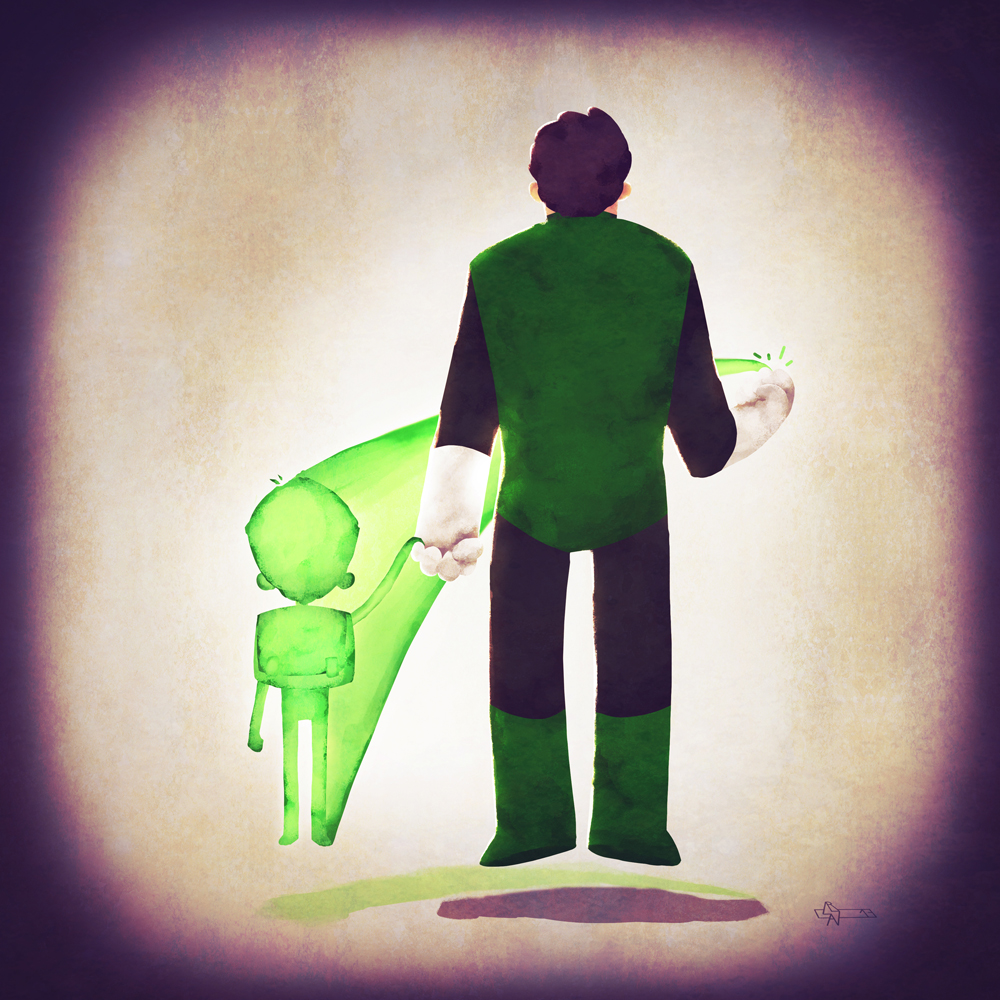 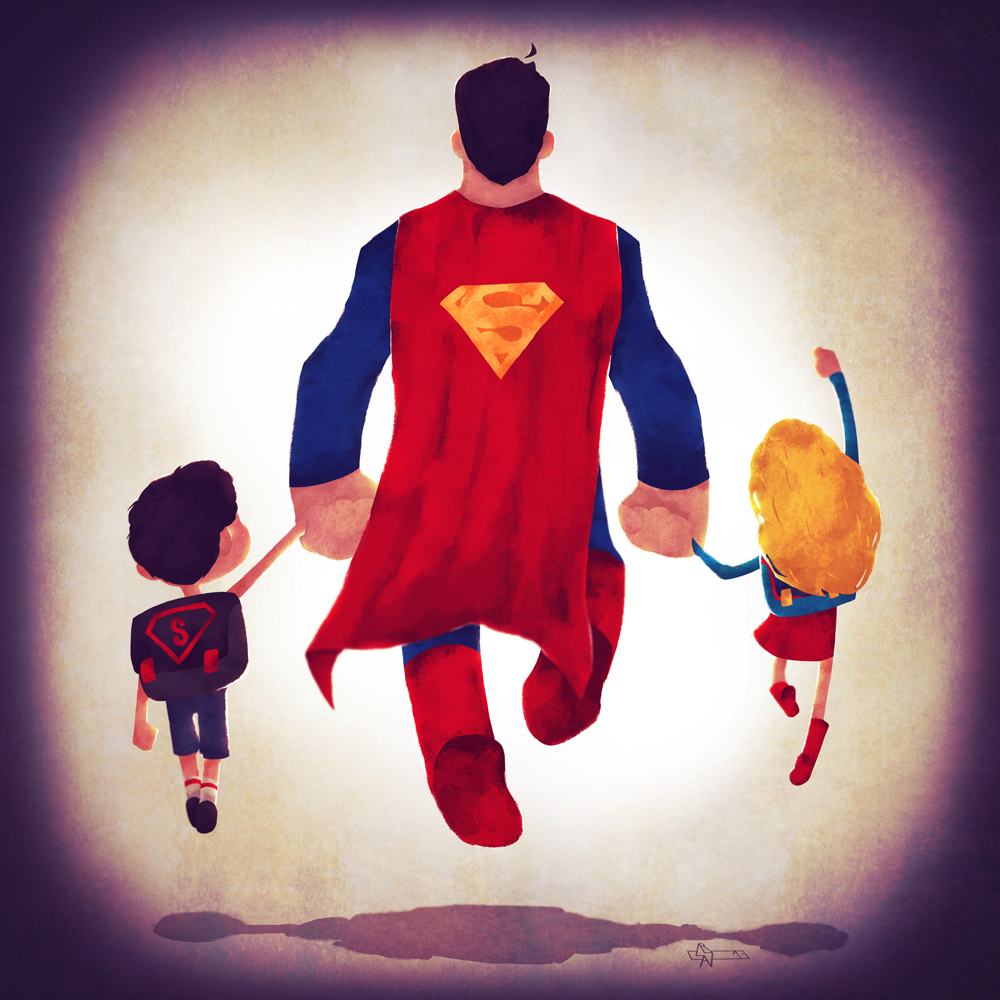 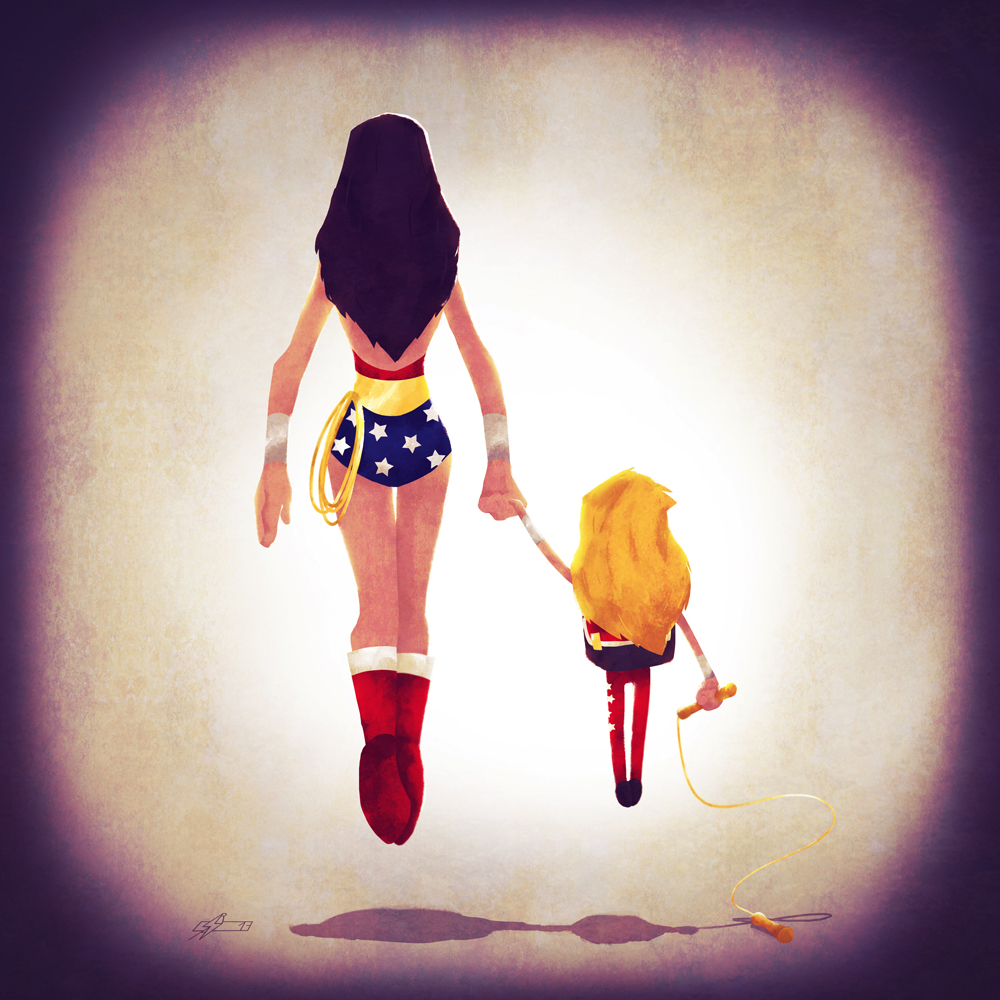