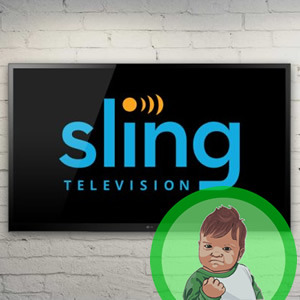 When Sling TV was announced at the 2015 CES, it was instantly a big hit. It offered something that sounded a lot like “a la carte cable TV,” the elusive Bigfoot that TV viewers have been breathlessly seeking for years.

Sling TV is owned by DISH network but has its own one-page website for handing the avalanche of early interest in the service. Prior to publication of this review, it was invite-only. However, it was unveiled to the general pubic today with a free 7-day trial promotion. Although Sling TV gets its name from the relatively well-known Slingbox (owned by a subsidiary of DISH), it’s a separate brand and doesn’t require a Slingbox.

Cable isn’t required, either. (But you probably guessed that. Heh.) Sling TV’s slogan is “Take Back TV,” and it’s aimed squarely at the millennials who are known as the “cord-nevers,” in that they’ve never subscribed to cable, and other TV viewers known as the “cord-cutters,” who’ve stopped subscribing to cable to use streaming services like Netflix. 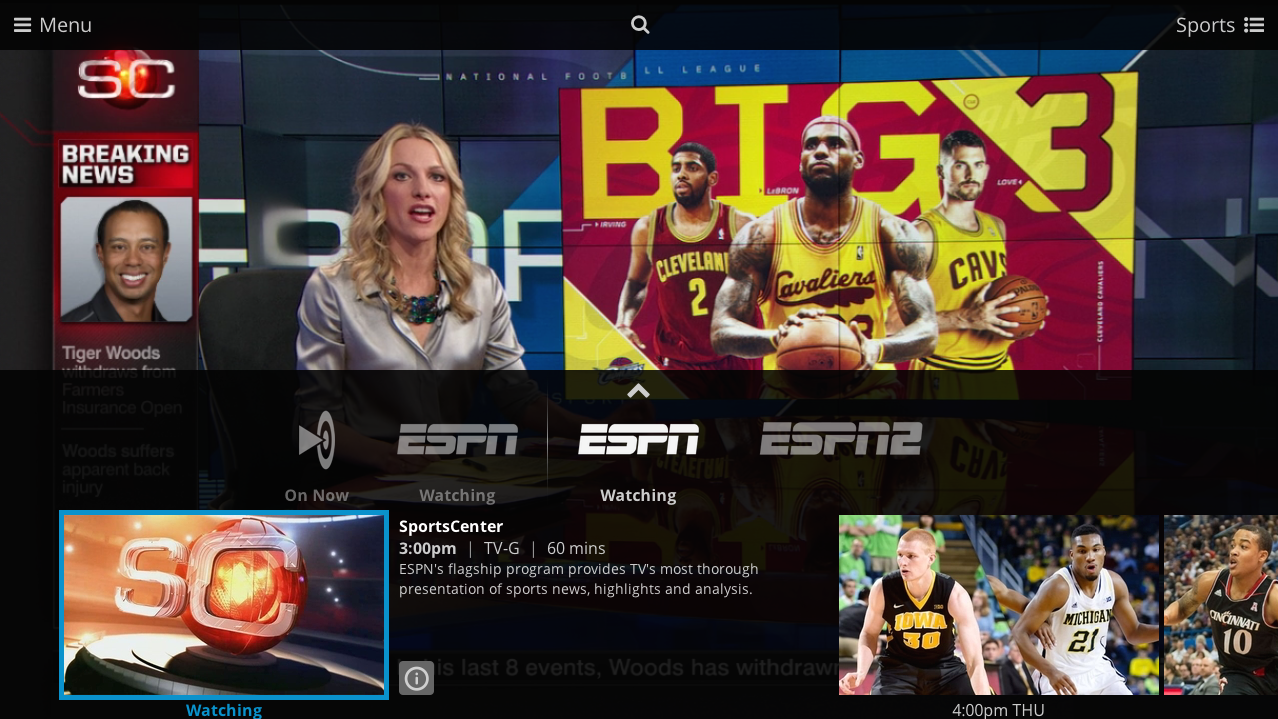 Sling TV offers 14 live cable channels for $20 a month with instant start-up and no commitments. Of those channels, DISH succeeded in getting three of the most sought-after networks among the “cord nevers” and “cord cutters”: ESPN, ESPN 2 and CNN. In other words, the crown jewels of 24-hour sports and news that can’t be found on a Netflix or Hulu Plus like you can with a TV show.

The other channels are well-known, not obscure, channels: TBS, TNT, Disney Channel, Cartoon Network / Adult Swim, ABC Family, Travel Channel, Food Network and HGTV. It’s not like you have to suffer C-SPAN as filler. AMC was added to the base package list as well, as of today. However, you may have to wait a bit until it’s available. That will include live streaming of such popular shows as The Walking Dead and Mad Men.

Sling TV is a simple, highly anticipated concept that needs brilliant execution. Does it succeed?

You need a high-speed internet connection with at least around 5MBps, which is frequently an entry level speed. That’ll probably cost you around $20 to $30. The 4G data plan for your phone or mobile device will also work very well.

You also need a Roku 3 (2013 model), iOS or Android device or a Mac to use the Sling TV app and watch live TV.

At this moment, you might be thinking that sucks, particularly when it comes to watching on, well, TV. And it does, but that’s the current lineup for early invites.

Sling TV promises to broaden the number of devices when the service is opened to the general public. Accessibility will include PCs, Xbox One, other Roku boxes and the Roku Streaming Stick, Amazon Fire TV and Fire TV Stick and the Google Nexus Player.

I tested the Sling TV on an iPhone (iOS), Android tablet and Mac.

The user interface is simple, intuitive and looks the same across platforms. When you open the app for the first time, you’re presented with ESPN, their biggest asset (or the last channel you were watching), and a side-scrolling list of channels as an overlay. You also get that day’s program guide for the channel you are currently watching.

I thought the HD picture looked as good as expected with some compression artifacts occasionally occurring just after I loaded up a channel.

I used Airplay with my iPhone and an Apple TV to watch the Australian Open tennis final on my TV and that worked very well. On another occasion, the AirPlay connection crashed but that might’ve been more AirPlay than Sling TV. 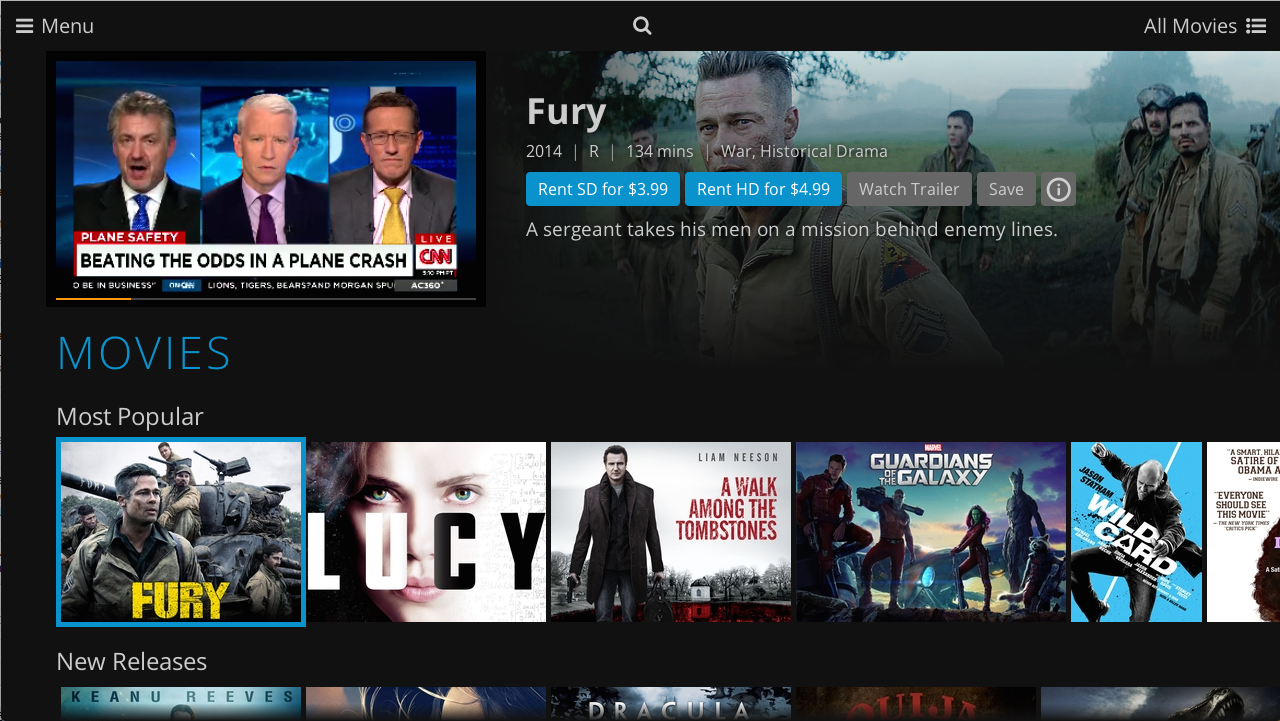 You can only watch Sling TV on one device at a time. Sorry [insert friend, family member or roommate]. Not surprising, but it could be a deal breaker for some of you.

Instant channel switching. Expect some buffering (albeit brief in the >1 to 2 second range) when you change channels. 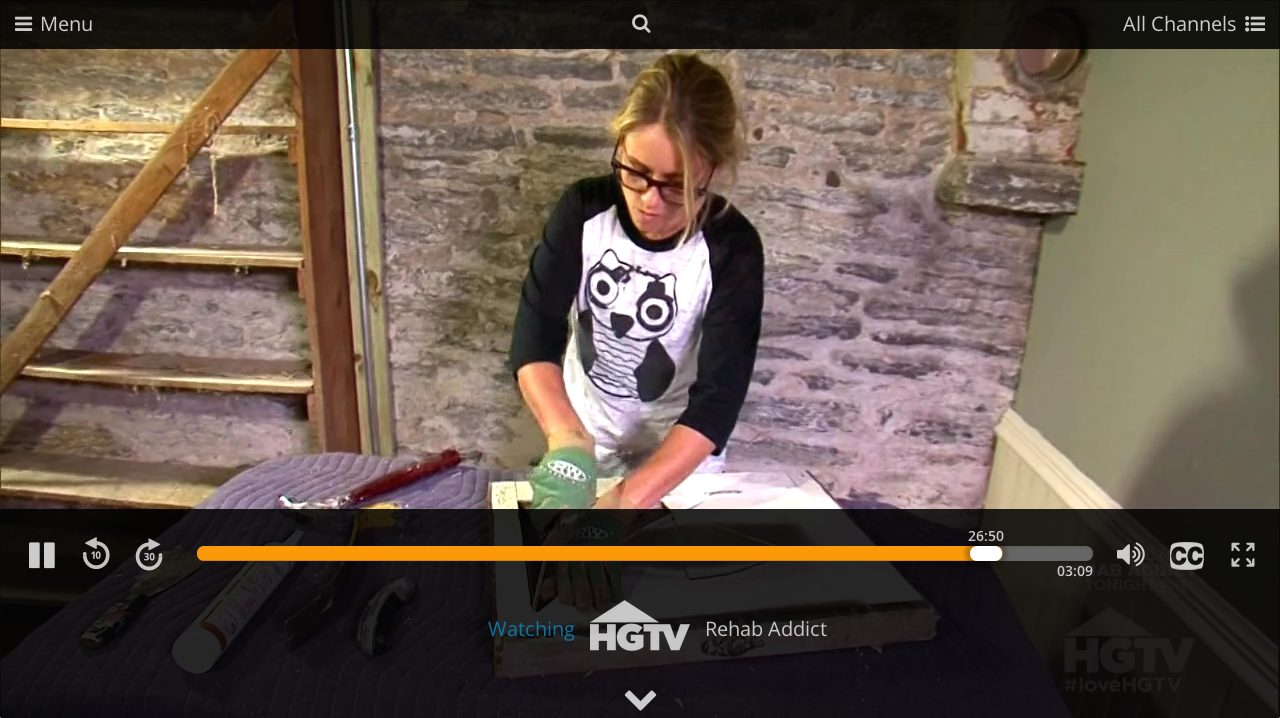 There are playback options for pause, reverse, forward and start from the beginning (“Start Over”), but they were not available on most of the 12 basic channels that I reviewed except HGTV and Travel Channel.

Commercials are missing on ESPN and ESPN2. It appears the ESPN and ESPN 2 feeds are from WatchESPN, so you just get a blank screen during commercials. Not a big deal unless you love the ads on ESPN.

Hey, You Get to Watch Live Sports Again

While I experienced a few minor streaming hiccups here and there, I was satisfied with the picture and presentation. Mainly, Sling TV just gets out of the way so you can watch your live TV just like in the olden days. It works. Plus, Sling TV gives you all the more reason to stare endlessly at your phone in public so you don’t miss any of the big game. 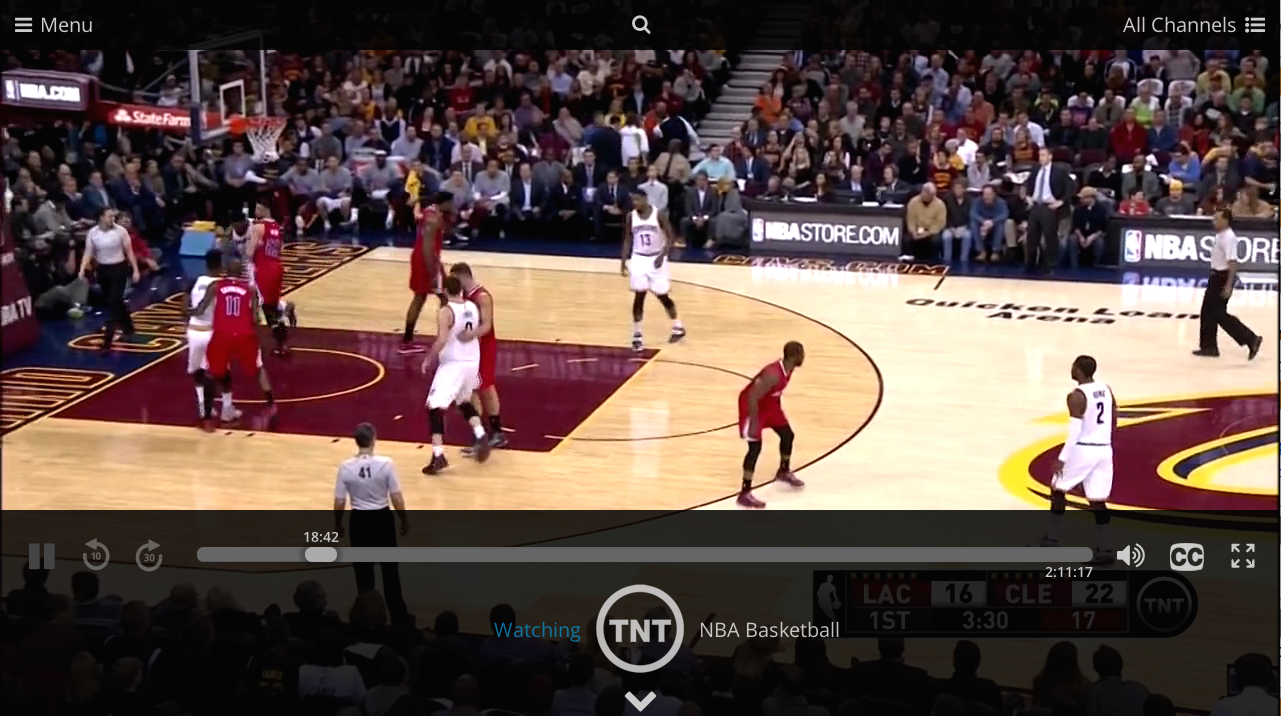 If you want even more channels, there are two other current options for subscribers. For an extra $5, you can get a kids’ package which adds Disney Junior, Disney XD, Boomerang, BabyTV and ducktv. Alternatively, for the same price, you can add a news package with Cooking Channel, DIY Network, HLN, and Bloomberg News.

Sling TV is off to a good start. Sure, it means watching TV in the 21st century isn’t as straightforward as it used to be, but it can be cheaper than traditional cable if you know what your specific needs are.

Say you’ve got a monthly TV bill that includes high-speed internet at home for $30, Sling TV for $20, Netflix for $8, Hulu Plus for $8 and Amazon Prime for around $8, then you’ve dropped nearly $75 per month. But that’s still cheaper than the average internet + cable TV package without even counting any streaming services.

There’s definitely more choice now for TV viewers, and expect those options to increase as competitors throw their hat in the ring. Do we hear Apple in the wings? (Rumors say yes.)