Amazon Dash Button Review: One Click for the Incredible Bulk 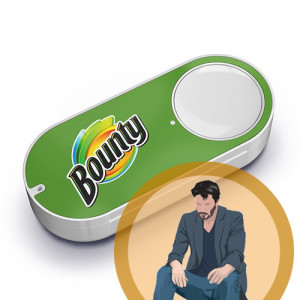 When the Amazon Dash button was originally announced earlier this year, I shared the belief, with many others, in that it must have been an early April Fool’s joke. Why in the world would anyone want a button in their home to place an order for one specific product? Are consumers so lazy that picking up their smartphone to place an order was just too overwhelming?

Amazingly, Amazon was serious about the Dash button and recently made it exclusively available to Amazon Prime members. Amazon has released 18 buttons to date for brands such as Gatorade, Tide, Glad, Gillette, Huggies, Maxwell House, SmartWater, Olay Gerber, Clorox and their own brand Amazon Elements (specifically for baby wipes). 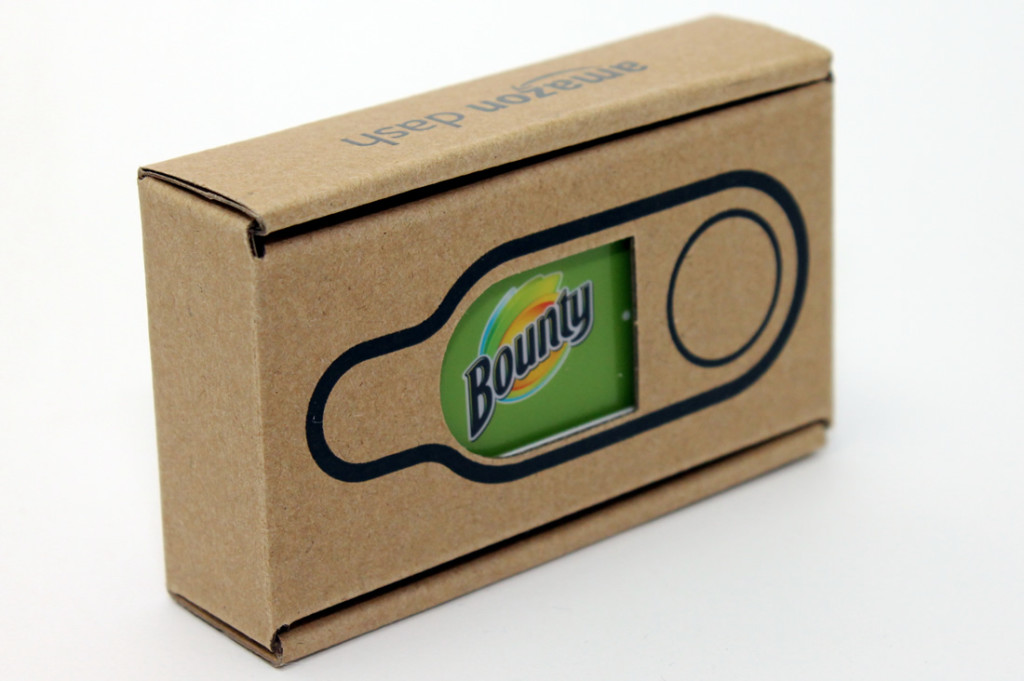 Perhaps even more outlandish, Amazon is charging Amazon Prime customers $4.99 for each button. Just to be perfectly clear, Amazon wants consumers to pay five bucks for the privilege of using a button to give Amazon more money. Perhaps Amazon executives believe it will become some sort of new status symbol among suburbanites that play the never-ending ‘Keeping up with the Joneses’ game. In any case, we thought it would be fun to review one of these buttons.

I chose the Bounty button, specifically because my household always needs paper towels and that’s the brand we currently use. The button arrived, after the standard two-day shipping for Prime customers, in a small cardboard box, roughly no larger than a deck of playing cards. The brand of the button is peeking through a hole in the top of the box.

Inside, you will find the button hardware, roughly the size of a Google Chromecast. There’s a black plastic piece (removable) around the top of the button, specifically designed if you want to hang the button rather than mounting it to a surface. On the back, you will find an adhesive material for attaching the button to a wall or perhaps a related object. For instance, someone that ordered the Maxwell House button could attach it to the coffeemaker.

In a word, yes. Setup is very simple. You will need an iOS, Android or Fire smartphone to download the Amazon Shopping app. After logging in, you navigate to the Dash Devices section in the main menu. During setup, you enter in your home’s Wi-Fi password (so the button can connect) and wait for your smartphone to communicate with the button. It uses a set of audio tones to make the connection, but I didn’t have any trouble getting it setup correctly with a television’s noise in the background. 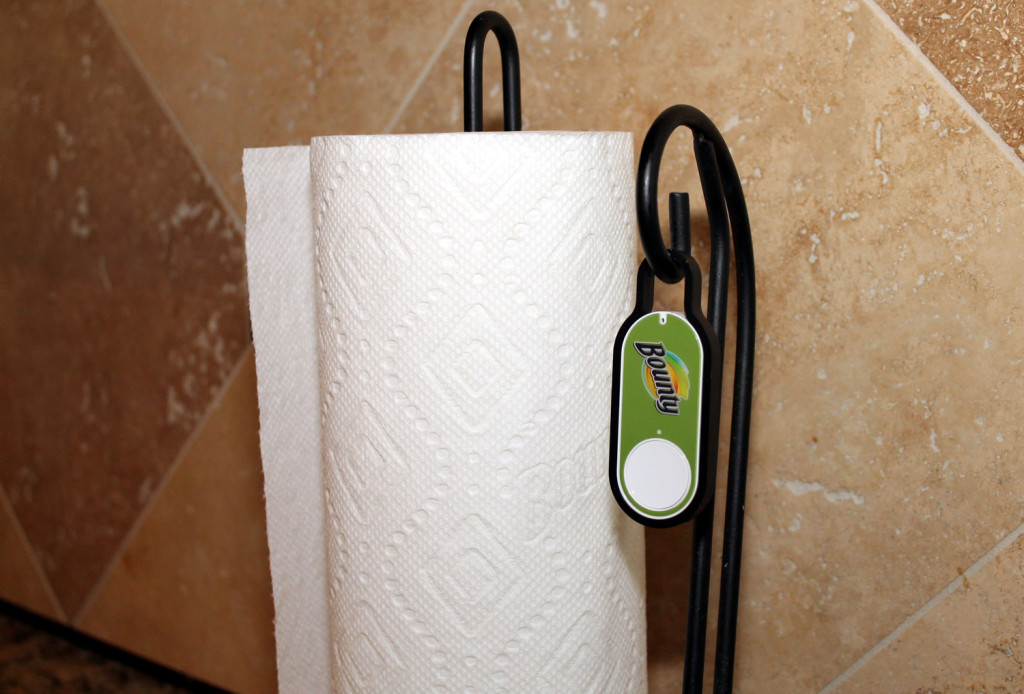 I was disappointed that Amazon didn’t include smaller quantities as options, but understand why they only allowed those products. Amazon is likely attempting to fight rising shipping costs of multiple smaller orders by convincing customers to order in bulk.

Regarding the order, it’s pretty straightforward. You press the button once and the LED light starts flashing. After the order is placed, you will receive a notification from the Amazon Shopping app within the notifications center on your phone. That’s pretty useful if the buttons are placed around the home and accidentally (or maliciously) pushed by others in the home. You can just pop into the shopping app and cancel the order before it moves to the shipping stage.

Will You Actually Use It?

Probably not. While the prices on the bulk order items are fairly identical to Walmart & Target, the lack of product options is a big negative for me. I was also disappointed when I visited the product page of what I ordered and found a $2 coupon that I could have used if I opted to use my desktop computer or smartphone. That option just isn’t available when an Amazon Dash order is placed. Basically, you could be losing money by paying for the convenience of using the button.

I’m also wondering why Amazon didn’t release a version of this concept that includes multiple brands on a single device. If I had a device that I could customize multiple buttons to any Amazon product and place a single order for several items on my household’s weekly shopping list, that would be much more valuable to me than a single brand button that I might push two or three times a year for a bulk purchase.

You can browse the current selection of brand buttons here and decide for yourself. Amazon hasn’t specified how long these buttons will be available or if the buttons will eventually be available to shoppers that aren’t enrolled in Amazon Prime.