In 2017, 4K rules (with HDR, please). In contrast to recent years, this year hasn’t seen a major feature introduction like HDR, 4K, OLED, curved panels, Smart TVs, and so on. Because current technologies have matured, this holiday season might be the best time in a long time to pick up a shiny new TV. Plus, 4K prices continue to drop, including OLED TVs—the best of the bunch.

As prices fall, consumers are starting to recognize just how much better OLED is compared to other panels. LG is really the only game in town when it comes to OLED, but that will change next year. This Black Friday, expect to pay over $1500 for OLED, but it’s worth the price if you love TVs.

This is the first year we’re not featuring a Samsung model, but not because they suddenly suck. At least one or more Samsung HDTVs could appear on this list every year, but Vizio and especially TCL (surprise) have really hit that great balance of excellent picture quality and good price that we love.

Now let’s look at our favorite 2017 TVs and keep visiting Ben’s Bargains for the best deals this holiday season (set up deal alerts)! 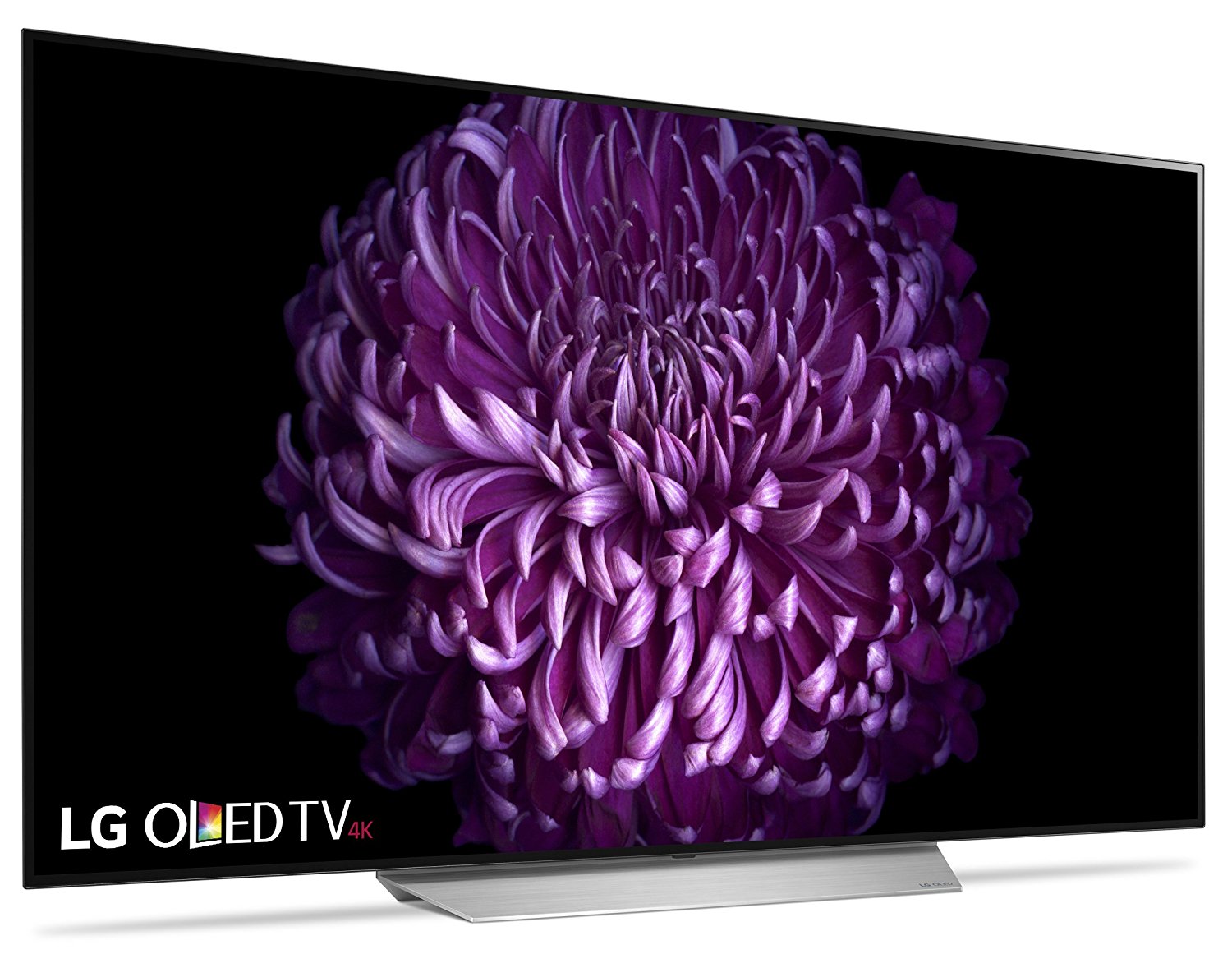 The LG OLED TVs only continue to get better. If you’re willing to drop nearly two grand, then look no further because this is the TV to buy. As TV enthusiasts will tell you, OLEDs are awesome because they get black levels right vs. LED black, which you can still “see” when the TV is on. OLED pixels literally turn off to produce absolute black.

There are a lot of grey market sellers out there underselling authorized retailers on LG OLED TVs, but manufacturer warranties do not support those channels. The current best price we’ve seen from an authorized retailer on the 55” model is $1797. It’ll probably go down another $100 around Black Friday. 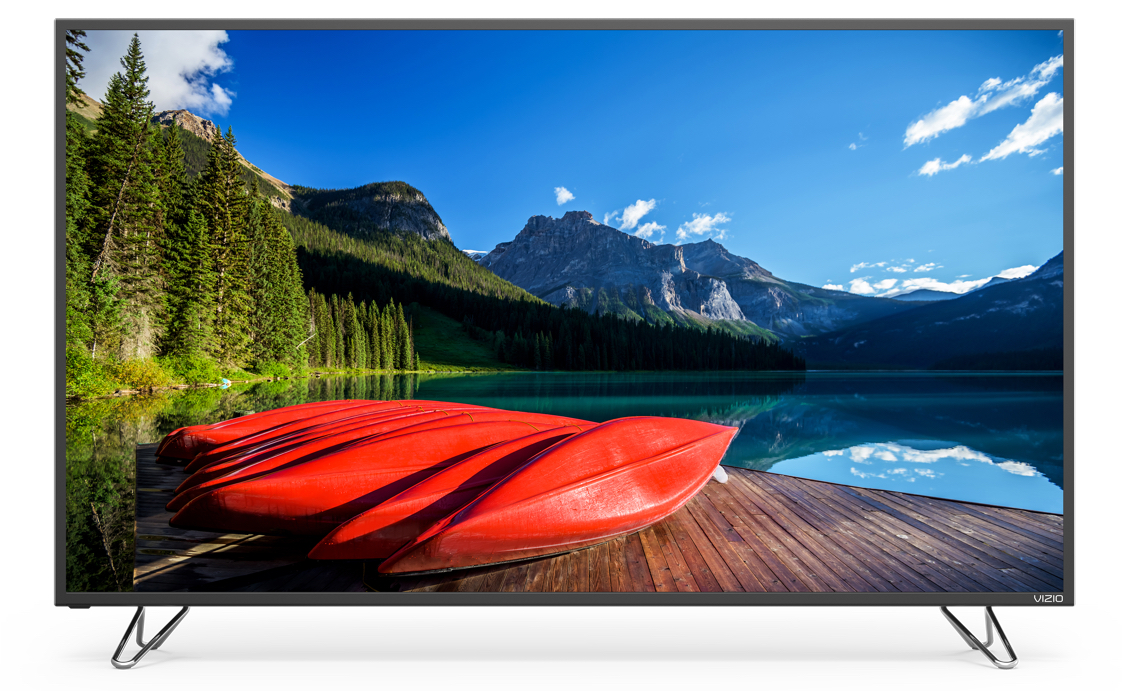 The popular Vizio M-Series 4K displays also made our top TV list last year, and the 2017 line continues to balance a superb picture quality with a wallet-friendly price point. Keep in mind, they are called “SmartCast Displays,” which means they are sold without a built-in tuner, so you can’t get OTA TV out of the box. For some buyers, that’s still a deal-breaker. If you only watch TV via a streaming player or cable, however, then you’re good to go.

The M-Series displays have HDR support and feature the SmartCast streaming platform, which is basically like using a Chromecast but with apps like Netflix, Amazon, Hulu and Vudu (among others) already built in. If you own a Google Home, you can control TV operations with your voice.

Street prices for the Vizio M-Series start around $600 for the 50″ model and go up to $2000 for the 75” model, with a total of five display sizes for every room and taste. Dell, Costco and Best Buy will be your best bets for the lowest prices on Vizio. 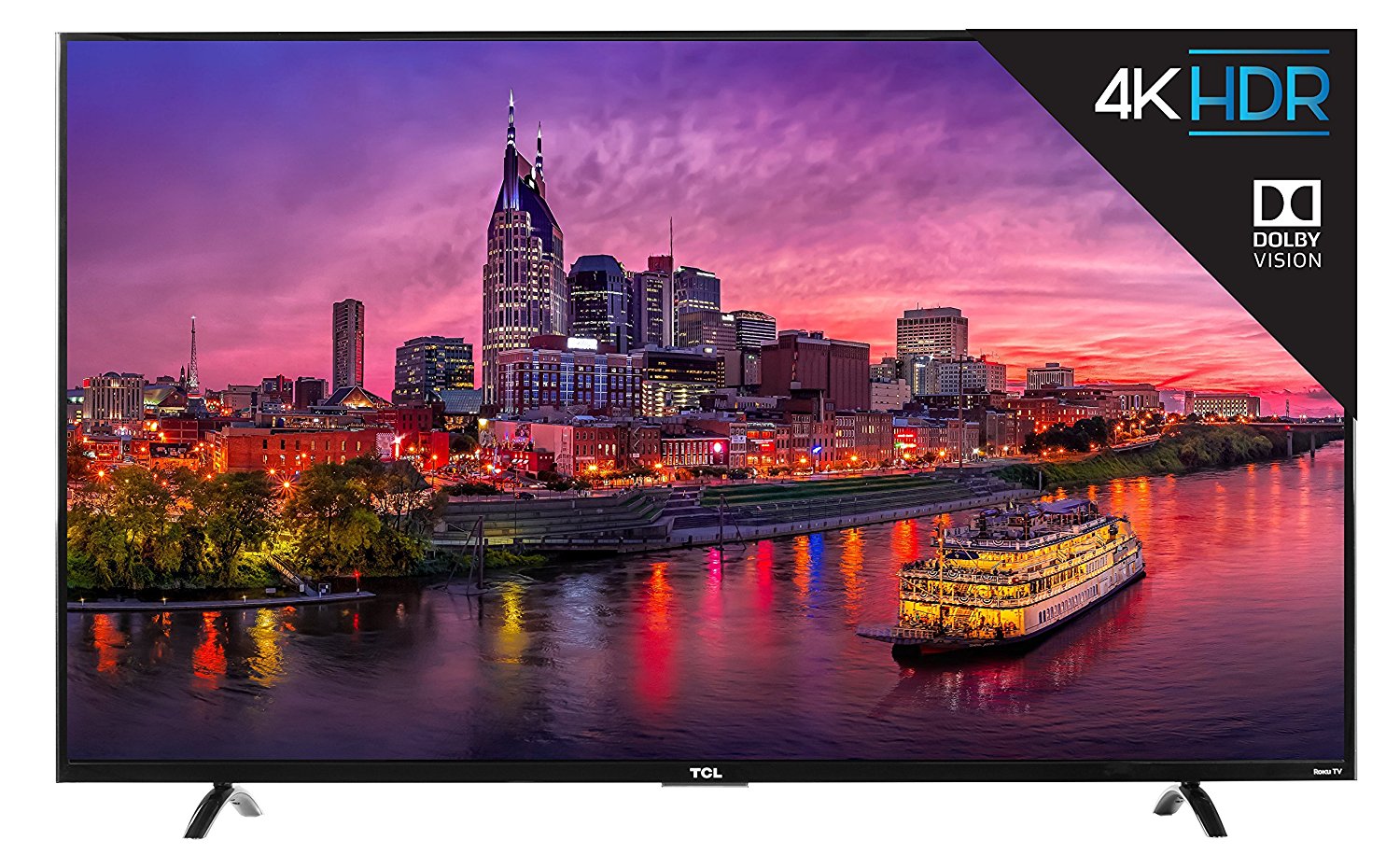 Chinese TV maker TCL continues to make inroads in the U.S. market and is a popular brand on Ben’s. The picture quality of the TCL 55P607 55″ 4K LED TV stacks up with—or even exceeds—more expensive models from well-established brands, plus it supports both HDR10 and Dolby Vision. One of the best things TCL did for itself is partner with Roku because Roku is still the best streaming platform on the market.

The customer reviews on Amazon and Best Buy lavish praise on the 55P607. It’s well worth going to your local Best Buy to check it out, especially if you’re not as familiar with TCL as Samsung, LG, Sony or Vizio. Best Buy sells a cheaper 55P605 model which is the same TV but with a basic remote that doesn’t have the voice search, Wi-Fi and headphone jack found on the 55P607 remote. 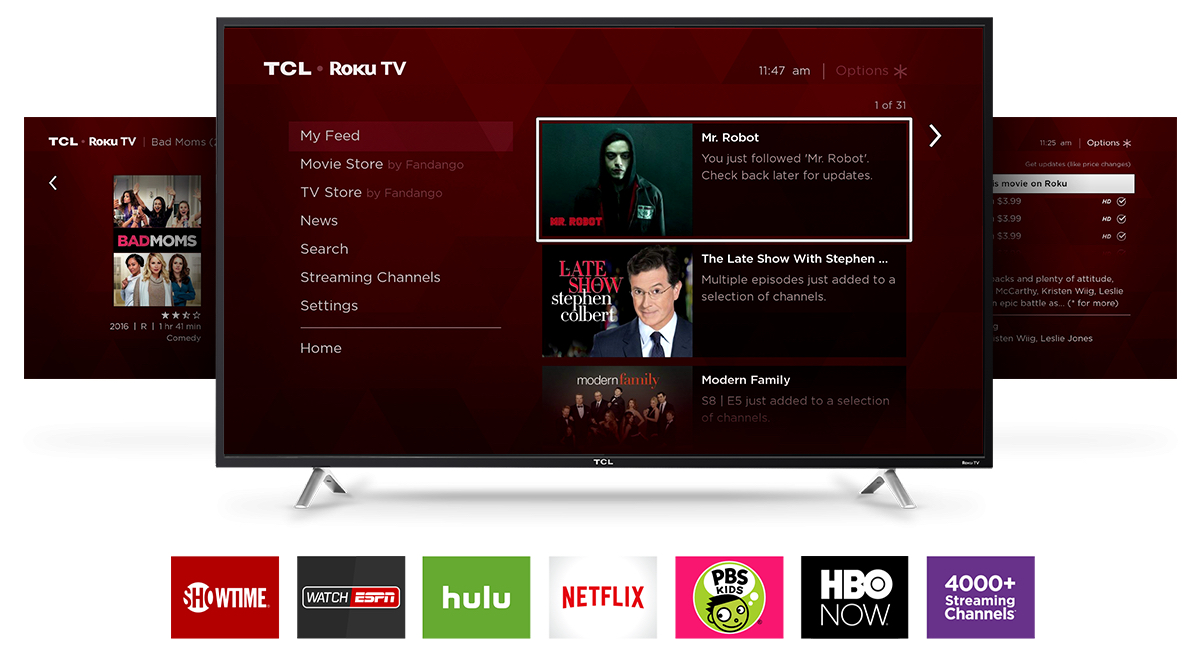 What, two TCL sets on this year-end “Best of” list? It can’t be! Actually, the TCL S405 series TVs are popular on Ben’s because they offer appealing features like built-in Roku TV, 4K HDR and decent aesthetics while keeping the price low.

For OTA viewers, you can even pause live TV, but unlike the step-up 55P607 model (above), there is no voice control or local-dimming. 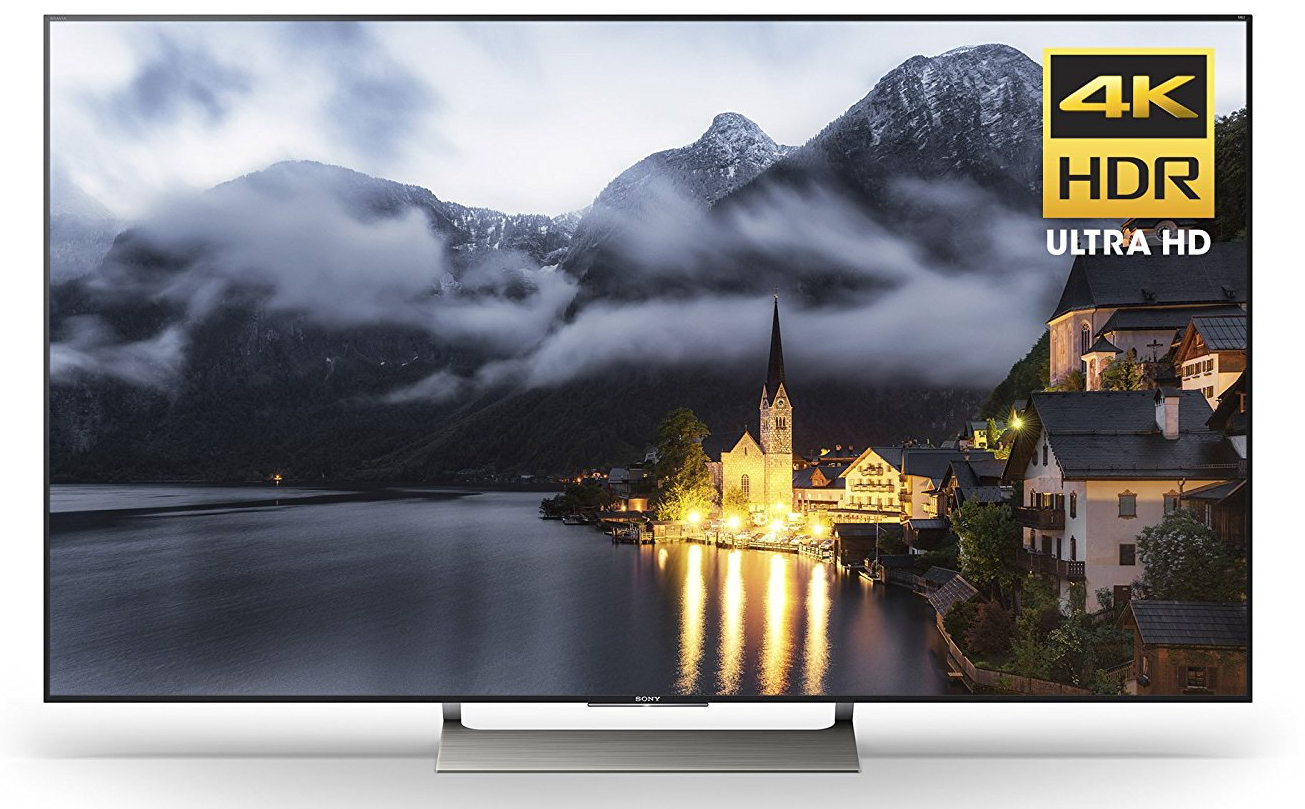 Although eclipsed by Samsung in the TV market, Sony has been on a roll lately with their TVs. The 2017 Sony BRAVIA XBR-X900E series is another winner featuring fantastic picture quality with excellent brightness and black levels. While you do get HDR10 support (which is the most critical), Dolby Vision is not supported for some reason. (The step-up series X930E has it.)

With its ultra-thin (0.43”) bezels the Sony X900E is beautiful in an Apple-like way: understated and elegant.  Sony uses the very capable Android TV (ironically) as its smart TV platform and has made improvements over last year’s iteration.

Also like Apple, you will pay a steep premium for the Sony name and aesthetics. Street prices start at $999 for the 49″ model and go all the way up to $2999 for the gigantic 75″ model. Best Buy and Dell are likely to have sale prices on this line around Black Friday, with Dell discounts coming from bundled gift cards.