Nintendo’s amiibo platform, those little NFC-enabled Marios, Links and other franchise mascots, is proving to be a real, actual thing that people care about. Turns out it doesn’t matter that their functionality in Super Smash Bros. for Wii U is basically inessential. It doesn’t matter that their functionality in the very few other accessible games is limited to the point of moot. In the end, people just wanted to collect some sweet Nintendo figurines direct from the video game company itself.

These things are flying off the shelves, but don’t worry if your niece, nephew, husband, wife or child has suddenly developed an irrational and seemingly unfounded need for a tiny version of some random dude named Marth, or something called a Wii Fit Trainer. That panicked sweat of ignorance shall wash cleanly away. We have you covered. This is the 2014 “how to amiibo” guide, starting with the three known waves of amiibo figurines, the first of which may already occupy a space on your desk.

At the time of publication, wave two amiibos are releasing at seemingly random days in random retailers across the U.S., likely wholly dependent on the availability of stock from store to store. Be assured, by Christmas the dust will settle. At this point, though, due to their surprising popularity, a pre-order is almost a must in order to ensure you get the one you want, no matter the wave or the place.

Every amiibo costs $13. Not coincidentally, that’s just a tiny bit less than most Disney Infinity and Skylanders figures on the market. Unlike those two groupings, the Nintendo choices are slim to the point of navigable for even the most out-of-touch relatives and, in the most important twist on the NFC figurine business model, Nintendo’s figurines have the potential to work with any games published on an NFC-enabled Nintendo console. Right now that’s just the Wii U, but next year the 3DS is getting a purchasable adapter and an entirely new model of the device, dubbed the New Nintendo 3Ds (and an XL version), which will ship with native NFC compatibility.

The grand conclusion of all this nonsense is you can worry far less about whether you bought the right thing to work in the right way, because even if it doesn’t, it could in the future, especially for anyone with a modicum of interest in new Nintendo games and consoles. However, there are ways to be more right than wrong when making your choice. Nintendo’s done the heavy lifting for you on this one, providing a fairly robust amiibo rundown on its own website, detailing which amiibo work with which games.

As you’ll see, the only three games the amiibo communicate with at all right now are Mario Kart 8, Super Smash Bros. for Wii U and Hyrule Warriors. More importantly, some amiibo grant you a showy costume for your Mii racer in Mario Kart 8 while others do nothing at all. 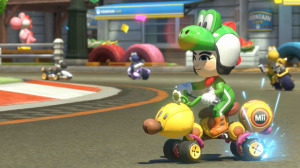 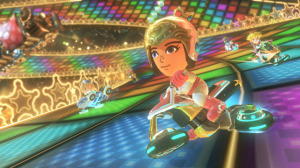 The Hyrule Warriors situation is, let’s say, less compelling, dispelling meager upgraded weapons upon NFC contact and nothing more. If it’s a way to enhance a video game you’re looking for, the only real option is Super Smash Bros. for Wii U, which actually plops down a virtual version of your amiibo into battle with or against you. The more he or she fights, the better he or she gets, so it’s a bit of a train-your-pet mini-game with a dose of violence. The persistence of the character, that your Donkey Kong or Captain Falcon is the same one every time he drops into the game, is the real interesting bit. Hopefully, future games will make as strong an effort, because Mario Kart 8 and Hyrule Warriors are just check marks on a list right now.

The future Wii U games already confirmed for amiibo connectivity are Mario Party 10, Yoshi’s Woolly World and Kirby and the Rainbow Curse, while the already released Captain Toad: Treasure Tracker will eventually receive a patch to enable its own amiibo features, though what those features might be for any of these games remains a mystery.

Where to find Store-Exclusive Amiibos

Much like any other physical, store-bound video game release, those nasty little retailer-exclusive offers are cropping up at an alarming rate. Wave 3, specifically, is set to split four amiibo among four retailers. Lucario and all his Pokemon-enabled kid friendliness is headed to Toys ‘R Us. Shulk, representative of the super video gamey Xenoblade series, will only be available through Gamestop. Meta Knight of the Kirby franchise is going to Best Buy.

And Rosalina, the latest core Mario character out of the Super Mario Galaxy games, shall grace Target with her eminence. Lucario is likely to prove the most popular of these figures, so start to get emotionally ready to enter the cave of color known as Toys ‘R Us, either a heaven or hell depending on your psychological age.

When in Doubt, Search eBay

You may have found your way to this article for a reason other than gift giving to yourself or others (no judgement). Indeed, it’s the land of Ebay that might’ve propelled these amiibos to their current level of marketplace prestige. The influence is two fold. First, the Samus and Peach amiibos have both shipped with unique and rare manufacturing errors.

You’d be very lucky to stumble across, in your local Best Buy or Target, a Samus amiibo with two blasters, one on each arm, instead of the standard one. You’d be even luckier to find a Peach without her legs. Both of these have sold for thousands of dollars through Ebay auctions. That’s thousands, up from the original $13. 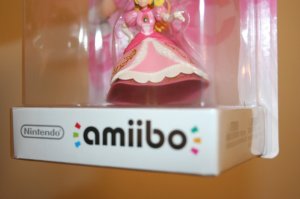 There are even a collection of people who seem to have simply shaken the box until the amiibo is upside down within the packaging, claiming a defect of their own making. It’s a wild west right now, only to get more absurd as waves two and three hit the market.

The other half of the Ebay equation is the current ambiguity surrounding Nintendo’s stance on whether certain amiibos, namely Marth, Wii Fit Trainer and Villager, will be manufactured at all following this holiday season. Through hazey statements on the subject and flat out conjecture, it seems Nintendo’s waiting to see if their popularity warrants further investment.

The ironic turnaround, of course, is if Nintendo decides to completely discontinue any amiibo, it’s value is bound to immediately skyrocket on the second hand market. Without an official word, though, it’s the waiting game for the opportunist in all of us. Try to imagine which amiibo you’d be least likely to buy and maybe that’s the one you should. But nobody really knows at the moment.