Last year, as I mentioned in our Hardware Gift Guide, it wasn’t the easiest experience to simply go out and pick up the latest Xbox or PlayStation console over the holiday season, as the variety of models had saturated the shopping experience.  Pros and cons of all the systems – including monetary investment and the newness of premium consoles – made it difficult to choose, even for the ardent gamers out there.   However, the past year has brought more focus toward what’s worth the investment and what’s not, particularly in terms of Xbox’s newest iteration of the Xbox One: a $500 machine, the Xbox One X (click here for our review) that has justified the extra dollars spent with proven elevation in gaming performance and media functionality.

With that said, this year has also proven to be lopsided in terms of the quality of exclusive titles, heavily in Sony’s favor. Between a return – well, a rebooted return — to a popular mythical franchise from the heyday of the PS2 era to a well-executed, endlessly enjoyable portrayal of a beloved superhero and his swinging across New York, there’s no disputing the popularity of the games that could only be played on the PS4 this time around. While the Xbox One plows away at backwards compatibility and offering the technically superior way to enjoy cross-platform releases, the PS4 has substantial gaming tricks up its sleeve that Microsoft cannot deliver, making the decision between Option A and Option B tough as always.

Below, this guide will attempt to bring a little more focus onto which systems might be best to pick up over the holidays for both veteran and new gamers, either as the prized gift for a loved one or as the best usage of one’s giftcard funds.  Remember to also check out Bens’ Bargains Software Gift Guide to see which games not offered in bundles would best pair with any of the below systems.

For Those Who Need Gear to Explore the Wasteland, Gift This. 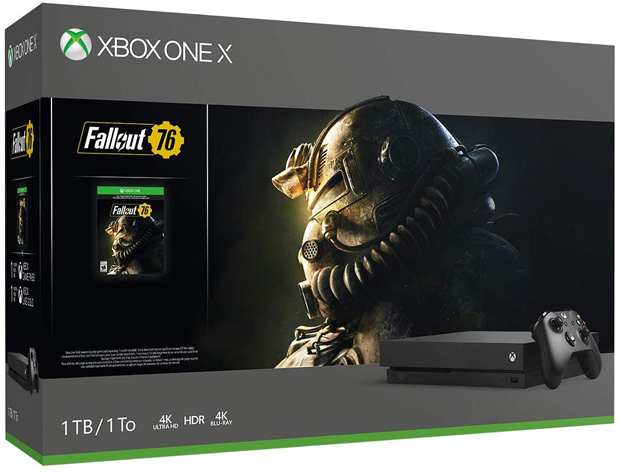 As I mentioned in our Video Game software guide, Fallout 76 comes with some controversy built around it. It’s the first installment from Bethesda that’s entirely online, turning it into an MMO-like experience. Folks will be hesitant about that, but trust in this coming from someone who’s always skeptical and resistant to … well, anything involving online gaming: they’re going to want to play it, or at the very least just try it out.  No better way to do so than to have it ready to load up in 4K on an Xbox One X, Microsoft’s advanced iteration of their latest console.

A year’s worth of stress-testing has proven that the X is a capable machine in many arenas, from being a competent 4K Blu-ray player (after a firmware update) to a dazzling graphical powerhouse in how it processes older games.  And that’s not even taking the Xbox One X Enhanced factor into account, as each title bearing that label – from modern hits to classic Xbox titles like Elder Scrolls: Morrowind – look their very best here.  From backwards compatibility and media versatility to the constant updates to its “enhanced” catalogue, whoever’s getting this bundle will have lots else to enjoy regardless of when their time exploring the wasteland comes to an end.

For the Webslinging Experience of a Lifetime, Gift This.

Given how Marvel Studios finally “got it right” with their presentation of Spider-Man on the big screen in Homecoming, it’s no surprise that a decent game featuring the webslinger would be getting some attention.  Few probably expected for the team behind Spyro and Ratchet & Clank to stick the landing the way they have with the dazzling open-world PS4 exclusive, though, sentiments that carry over to those who aren’t gamers and those who have only been rocking an Xbox One up until now.

For them, and for those who might enjoy one of Sony’s most popular exclusives this generation, this bundle’s just the ticket. A bright-red version of the PS4 Pro packs the system’s highest-end capabilities into a snazzy limited chassis, includes a matching Dualshock controller, and of course swings into action with Insomniac’s hot new title.  As with alternate-colored PlayStations, it’s probably not a bad idea to pick this up sooner rather than later, just in case demand gets a little too heavy for ole’ Spidey.

For Those Hitting the Gaming High Seas on a Dime, Gift This.

The Xbox One S really wasn’t given a proper amount of time to shine. Minus the X’s massive hardware enhancements, the S offers worthy upticks in processing power over the original Xbox One by upscaling 1080p to 4K; sporting UltraHD disc playback; and coming in a sleeker, compact white console with several functional tweaks, including an internal power supply and rearranged USB ports. Then, the Xbox One X came along a year later, and bam, it was made to look like a holdover product.

Thing is, it’s still a great iteration of Microsoft’s versatile console – a worthwhile replacement of the launch model – and this bundle comes equipped with Sea of Thieves, the Xbox’s exclusive pirate simulator hinged on multiplayer cooperation in piloting your ship and interacting with other plunderers.  There’s also a bundle out there for PlayerUnknown’s Battlegrounds for the same price, if a battle royale shooting experience would be something they’d prefer.

For Those Ready for an Old-School Throwdown, Gift This.

Remember when the Switch was difficult to get? Yup, it was just like most other consoles from Nintendo, and now we’ve reached that point where they’re much easier to locate at the store of one’s choosing for the retail price. Naturally, that’s the perfect time for a new Smash Bros. game to get released, so that it can actually be played at multiple locations between friends.

For those who haven’t joined up with the Switch culture, the Smash Bros. Ultimate Edition provides a novel way for newcomers to enter the fray. Sporting an exclusive skin on select portions of the console and the Joy-Con controller, it’s the perfect way to jump into the Switch mobile-ish way of doing things, and of course it comes with Smash Bros. Ultimate at … well, pretty much the same price you’d pay for the system and game together anyway.  Still, having it all in one awesome box packs a punch for the holiday season.

For Those On-the-Go Heroes Big and Small, Gift This. 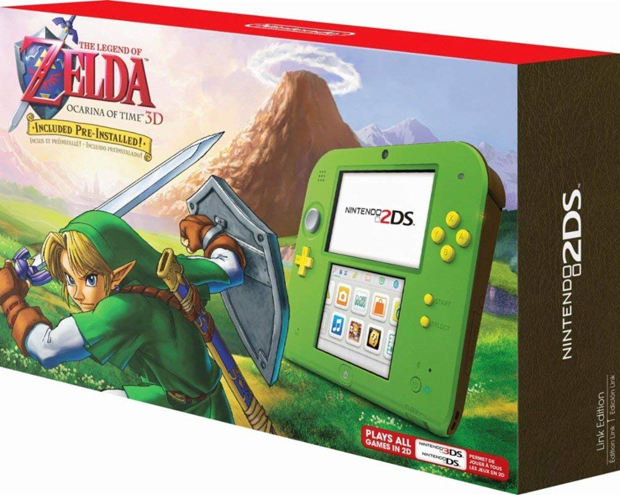 As console wars have come and gone over the past fifteen years, Nintendo’s portable game systems have continued to amass a huge library of compatible titles. Thus – aside from tablets and such – the Nintendo DS remains one of the safest purchases for players wanting a gaming system that can go anywhere with them, especially the budget-conscious 2DS, which contains both screens of the format without the flip top.

There’s always a bundle of choice out there, but I’m a big fan of this one: the green-and-yellow themed Zelda 2DS, which comes preloaded with Ocarina of Time 3D. Out of the gate, those gifted can play one of *clears throat* the best games of all time *settles down*, with many other quality titles (both physical and download) able to be purchased for similar prices to those of popular apps out there.

For Those Who Want More Control Over Their Style, Gift This. 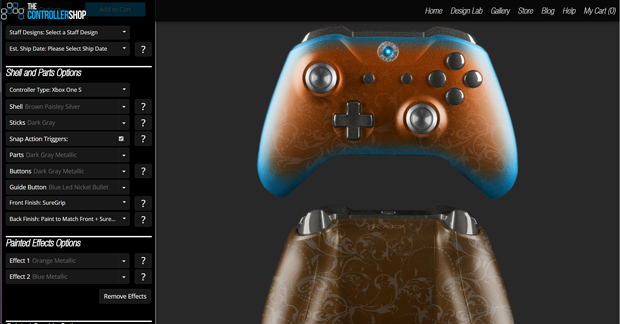 The Controller Shop – Customer Controllers For Xbox and PlayStation

With over a decade of experience under their belts, the folks at The Controller Shop have gradually built up their controller customization process into a substantial reputation, both in form and function.  Through their interface, nearly everything can be tweaked about the controller to the colors, textures, and design of your choice; however, with deeper customization comes a steeper pricetag.  Yeah, you can get nickel bullet buttons and mappable add-on buttons on the back of the controller, but it’ll cost you.  Head over to The Controller Shop to see how much your ideal controller will run.

For That Player Running Low On Hard-Drive Space, Gift These.

As consoles get more advanced, the games they run take up even more digital space with their installations, updates, and downloadable content. Base models of this generation’s consoles – some at 500GB, but most now getting to 1TB of space – can’t store very many games, which throws a conundrum at owners: should they upgrade their systems to newer ones with bigger hard-drives, or upgrade their storage solutions?

Thankfully, it’s a fairly easy problem to solve on both consoles, as the Xbox One supports external USB hard-drives and the PS4’s internal hard-drive can be swapped out. Seagate has affordable, compatible options for both, with each of their 2GB varieties priced at around $85.

For Online Players and Freebie/Deal Hunters, Gift These.

While the primary reason for purchasing subscriptions to either PlayStation Plus or Xbox Live used to boil down to having access to online gaming, both companies have taken strides to make their paid memberships really worth the monthly, quarterly, or yearly investments.

Weekly exclusive deals on a variety of digital games can be nice, of course, but how they’ve upped their value games can be found in the monthly free game offerings (regularly covered here at The Checkout), which range from quirky indies and day-one releases to the occasional high-profile title. And in the case for Xbox, their 360 offerings are routinely backwards compatible on the newer console, too, bringing Xbox One owners up to four available freebies per month.

For Switch Users Who Want To Amp Up the Nostalgia, Gift These. 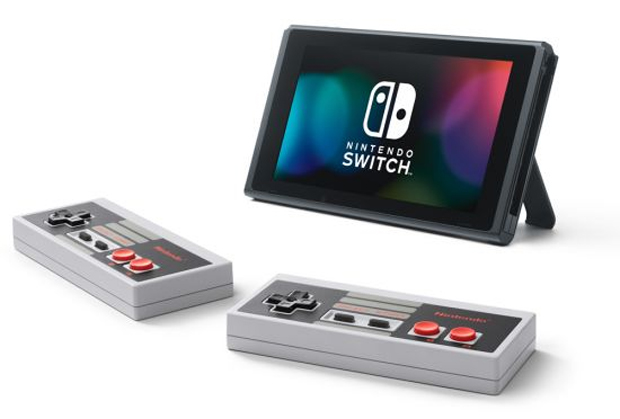 Sure, it’s a far more expensive method than just picking up a NES Classic, but later this year Nintendo will be allowing those who already own their most recent console to indulge in the same – if not a better – retro experience. Members of Switch’s online service already have access to 20 classic NES titles, with more on the way, but currently it requires using the Joy-Cons awkwardly turned sideways to enjoy ‘em. In December, for around $60, Nintendo will be making these authentic, wireless retro controllers available to enhance that playtime, and the overall price for the system and the wireless controllers might be worth considering if a cute mini-console isn’t a necessity … or if short wired controllers are a concern.