2018 Gift Guide: The Best Smartphones of the Season

One of these years, the Apple-Samsung hegemony in the smartphone marketplace will end, but it’s certainly not this year. Meanwhile, phone displays don’t show any signs of getting smaller, although manufacturers are figuring out clever ways to shrink the overall size of the phones. (Rollable, foldable screens one day?)

If you’re a budget-conscious buyer, smartphones aren’t the best buy, especially when a lot of the top phones ($750 to $1000 range) are more expensive than a lot of laptops, but their ubiquity and near necessity make them must-buys. When you can work out trade-in or upgrade deals with your carrier, you’ll find the best options for purchase. 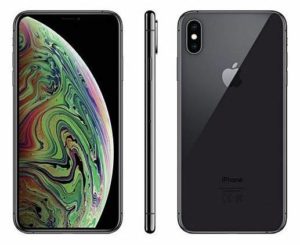 You thought the $1000 iPhone X from 2017 was crazy… now comes the super-sized 6.5-inch iPhone XS Max, which commands another Benjamin for the nice, cool price of $1099 (64gb model). While the iPhone X—and its successor, the iPhone XS—was all about shrinking the previous Plus models while keeping the display size, the Max simply increases display size while bringing back the dimensions of the old Plus models. Other than that, the iPhone XS/XS Max look basically the same as last year’s “X,” in keeping with Apple’s typical approach to “S” models.

It also means, along with the iPhone XR, Apple’s nomenclature for its line of smartphones has become completely confusing.

Aside from the display size and a bit more battery life, the specs of the XS Max vs. the regular XS are essentially the same: an awesome camera that features the fantastic Depth Control, an amazing OLED display (the once-controversial “notch” does appear smaller on the 6.5-inch display), new dual SIM support and the powerful six-core A12 Bionic chip with four-core GPU. All these top-of-the-line goodies are yours, even if you have to sell your car to get one.

If you’re an Android user, then the Galaxy S9 Plus is the flagship phone to buy. There’s nothing outwardly unique about it since it looks exactly like last year’s model. Both Samsung and Apple have been pretty conservative with their cosmetic updates this year.

The 6.2-inch Super AMOLED display (2960 x 1440) is the same as last year’s, sporting the signature curved glass design. The fingerprint sensor has been wisely moved to the center on the back of the phone, instead of to the right of the camera, which was a widely reviled design choice. You’re also getting upgraded stereo speakers vs. the mono of the previous model, plus support of Dolby Atmos simulated surround. 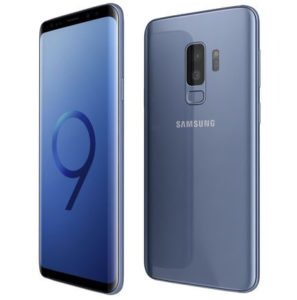 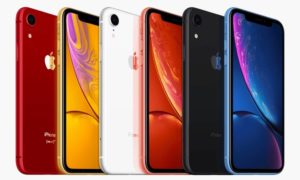 Cons: Display and camera not as good as XS/XS Max, still a lot of money

The iPhone XR is the iPhone for people who don’t want to blow 1000 bucks on a phone, i.e. something that could easily be dropped, broken, misplaced or get stolen.

At $749, it’s not exactly budget priced, but if you’re stuck in the iOS ecosystem, this is what you’re gonna get and you’re gonna like it. But, hey, look at all the pretty colors!

What are the tradeoffs for the lower price? Well, you still get the A12 Bionic processor which the XS and XS Max have, and you get the notch, if you like that styling. But… you don’t get the super high-res OLED display with HDR, you don’t get two cameras (no optical zoom) and you don’t get 3D touch. So the display and camera are the biggest tradeoffs. If you don’t care—and this is a lot of people— you’ve just saved yourself at least $250.

The OnePlus 6T is a “value” flagship smartphone that delivers some unique features, like an in-display fingerprint reader, while making some noticeable budget phone omissions, like no wireless charging.

The 6.4-inch display is in keeping with the “bigger is better” screen size trend in flagship smartphones, and it’s similar in size to the iPhone XS Max (or iPhone 8 Plus). It’s also OLED, which is usually found in the $750+ phones, and has the same trendy narrow form factor (19.5:9 aspect ratio) as the iPhone XS, and similar to the 18:9 aspect ratio popularized by the Galaxy S phones.

The OnePlus 6T ships with the latest and greatest Android 9 Pie and is very fast, as fast as the Galaxys of the smartphone world but at a much cheaper price point. 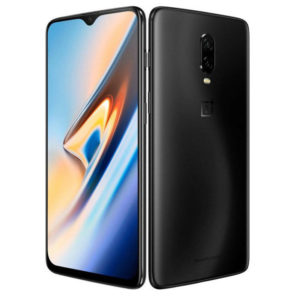 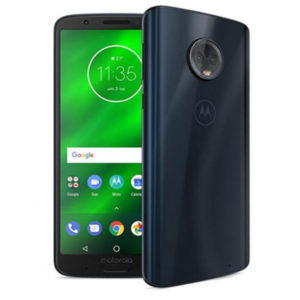 Motorola proves once again that you can make a decent smartphone for under $300. It has a new, updated design, dual rear cameras and a full HD+ 5.7-inch display (18:9 aspect ratio). To be expected at this price point, the display is IPS LCD and not fancy OLED, but it’s still a bright and clear display.

The Moto G6 has a sleek, curved 3D glass back, giving it a premium appearance. It’s pre-installed with Android 8 Oreo—not the latest and greatest, but close enough. The Snapdragon 450 processor is likewise not cutting edge but performs well in everyday tasks.

It’s an excellent budget phone that should get even cheaper around Black Friday.

Watch out… Don’t get it confused with the very similar but lower-priced Moto G6 Play, which has a cheaper build and display, single rear camera and slower processor.