While 2-in-1 laptops have been gaining popularity in recent years, this year’s top 5 premium laptops all have the old-school clamshell form factor, albeit with very thin ultrabook profiles. Apple, Microsoft and Dell are, not surprisingly, on the list again, but Huawei made a big splash with its classy offering, the Matebook X Pro.

Intel’s 8th Generation Core processors swept the top 5, as Apple caught up to the Windows brands this year.

With tablet sales declining, traditional PC sales—which include both Windows and Mac laptops—saw their first growth in 6 years. Although the sleek smartphone releases steal all the headlines, these stylish (and yes, lustworthy) laptops are sure to turn some heads. 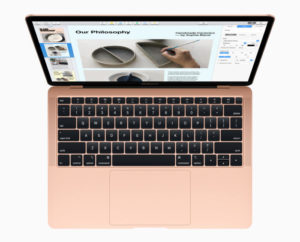 Announced by Apple in late October at the Brooklyn Academy of Music, the retooled 13.3-inch Macbook Air finally got the high-resolution Retina Display (2560 x 1600) that Apple’s other laptops have had for several years. The dated, wide silver bezels are gone, replaced by narrow black bezels like the other MacBooks. While the Air still retains its signature wedge shape, the overall footprint has shrunken, although it’s still a touch heavier and thicker than the 12-inch MacBook.

Sporting the new 8th generation Core i5 dual-core processor, 8GB RAM and 128GB SSD, the Air seems like a better buy compared to the MacBook, which starts at $1299 with a Core m3 processor but also a 256GB SSD. At $1199, this is still Apple’s “entry level” laptop…

The new Air also gets 3 colors like the MacBook: Space Gray, Rose Gold and the classic Silver. It also jettisons the standard USB ports of past models for the Thunderbolt 3 (USB-C) ports sported by the other MacBook lines.

What a difference a year makes: last year, the 12-inch MacBook replaced the Air on this list; in 2018, the Air is the recommended buy and the MacBook is a pass.

The first generation Surface Laptop was the best Windows laptop of 2017, and this year’s version holds onto the crown despite some very tight competition. It was Microsoft’s answer to Apple’s MacBook, and for many, it finally surpassed its longtime rival in the hardware department.

Microsoft has wisely chosen to not fix what’s not broken, so cosmetically the 2nd generation model looks basically the same, although you can now choose a sleek matte black color option (only available in the step-up model). Plus, it starts at a mainstream price point of $999, which definitely makes it a very aggressive competitor to Apple.

Like last year, the $999 base model gets you a Core i5 processor, 8GB RAM and 128GB SSD. This year, you do get the updated 8th generation CPUs, which start at four cores instead of two, which will be helpful for applications that eat up multiple cores, like Photoshop.

Also, this year, the Surface Laptop 2 ships with Windows 10, instead of last year’s ill-advised Windows 10 S (whatever that was). 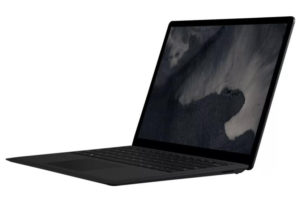 Cons: Still no USB-C (though that might be a pro for some) 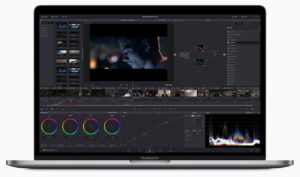 Released in the summer, the 2018 MacBook Pro line remains unchanged on the outside, but got a substantial boost performance-wise with new Intel Coffee Lake processors (starting at six cores for the 15-inch model), faster RAM and faster SSDs.

2018 also sees the addition of the iPhone-inspired True Tone Display (which adjusts the display based on ambient lighting and can be turned off) and a reworked “butterfly” keyboard in response to the controversial keyboard introduced in 2016. Otherwise, Apple took the conservative route and kept the same form factor of the past two model years.

If you’re using a 2015 or earlier MBP or are new to Macs entirely, it might be time to seriously consider an upgrade to this year’s Cadillac of Macs. If you own the 2016 or 2017 MacBook, you can probably wait another year unless you really need the under-the-hood improvements.

Actually, the Matebook X Pro has some things going for it that the MacBook Pro does not, including narrower bezels (particularly the top and bottom bezels). As a result, its form factor is very close to 13.3-inch ultrabooks like MBP 13 and the Dell XPS 13, except that it’s a 14-inch class laptop (technically, 13.9-inch). Plus, you get touchscreen functionality, which Apple has been loath to adopt.

In addition to a Thunderbolt 3 and USB-C port, Huawei has been kind enough to include a single USB-A port—which Apple has jettisoned on all its MacBooks, but most wired peripherals still use. No dongles! And unlike the Surface Laptop 2, it also has USB-C. That’s not so hard, is it? 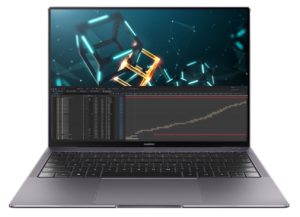 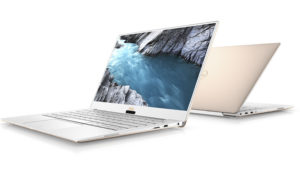 Like Apple’s MacBooks, the Dell XPS 13 is a fixture of our top laptop list every year. Billed as the smallest 13-inch laptop, the XPS 13 has gotten even smaller this year—0.13-inch thinner. Although it weighs basically the same at 2.68 lbs, it’s also still the lightest on this list.

The thinness has cost it USB-A and HDMI ports, but Dell is generous enough to pack in a USB-C to USB-A dongle (unlike Apple).

Like previous models, there is also a 4K (3840 x 2160) touchscreen option, and Costco members can usually get great deals on that configuration during the holidays.

These three fancy laptops missed the cut, but might be more appropriate for what you’re looking for. 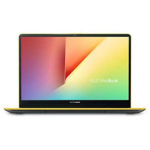 If you want the luxury feel but are on a smaller budget, the ASUS Vivobook S15 (from $700) is going to be the best bang for your buck. It’s got a Macbook-esque shell and is available in 5 fun colors. Like the laptops in our top 5, it has an 8th gen Intel processor, mostly narrow bezels and an aluminum build. At 3.7 pounds, it’s even lighter than the MBP 15 and it’s relatively thin (0.7 in.). No Thunderbolt though.

If you’re a gamer and need discrete graphics, the Razer Blade 15 (from $2600) is an excellent and very sleek choice. You get a powerful if not cutting edge graphics card in the GTX 1070 Max-Q. At about 0.8-inch thin and 4.6 pounds, it’s heavier than other laptops on this list, but very light for a gaming laptop. Some people have reported issues with the power adapter going on the fritz. Also, no built-in Gigabit Ethernet. 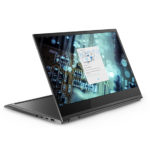 If you want a convertible laptop, the Lenovo Yoga C930 (from $1400) maintains the Yoga’s gold standard reputation as best 2-in-1 on the market. The previous model, the Yoga 920, was on our list last year. Now you get an integrated stylus and updated hinge—no longer watchband-esque—that is literally a soundbar now. Another cool feature is Alexa integration with the use of far-field microphones.