The Three Best Scenes of the Awful True Detective Season 2

What killed the second season of True Detective was something I’ve never outright and singularly blamed for the internal destruction of any TV show or movie in the past. The plot just sucked. There was no payoff to the mystery itself, the four leading characters only ever poked at any kind of conspiracy, never even waking the bear, and the exposition serving plot ate up far, far more screen time than a plot ever should.

But I liked True Detective season 2 every once and a while, and only ever at times when flipping through a Rust Cohle-sized notebook wasn’t a preeminent requirement.

If anything, we got some prolonged scenes trying, and sometimes achieving, the kind of atmosphere promised by the first season. We’ll start with the most obvious scene, when Rachael McAdam’s Ani battled the very idea of corrupt patriarchy with knives and traumatizing childhood memories.

Hitchcock Finds His Way into True Detective – Church In Ruins 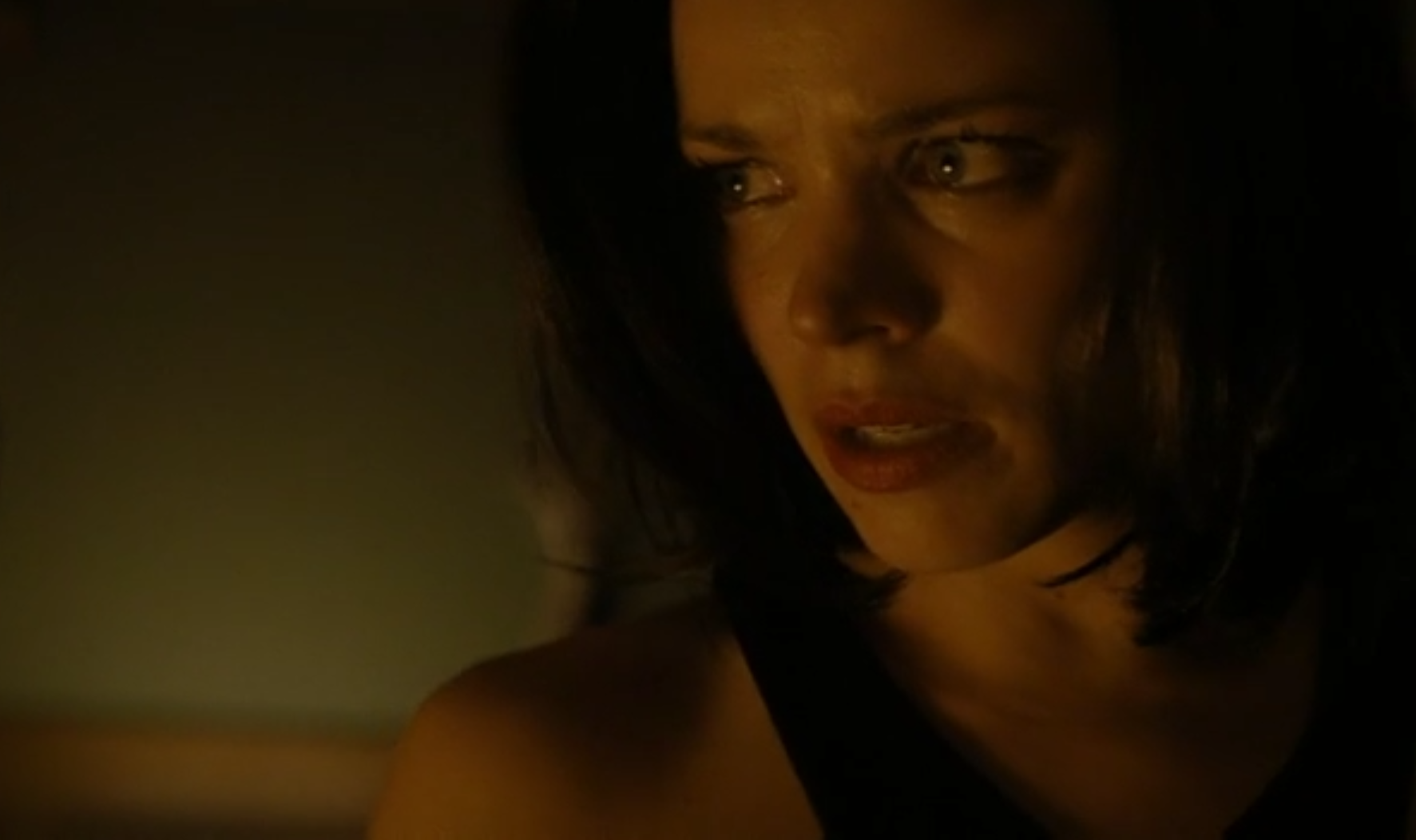 Season one was eerie and hinting of terror. Season 2 was confusing and hinting of eeriness, but at the end of episode six it was full on horror. The transition was jarring and immediate. More than anything, the throwback, Hitchcockian score that lead Ani through her drug-infused old-guy orgy invoked a sense of classic suspense completely lacking in the current TV/film landscape – an earnestness in the worst of humanity that usually reads as outdated, only here the camerawork dropped us so deep into Ani’s own horrified perspective as to essentially sucker the viewer into feeling it all too much. The Eyes Wide Shut of it all was bad on its own, but then Ani recalled, and introduced to us, her most essential character-driver, that time during her cult-lead childhood when a random passer-through abducted her for four days in the woods and, presumably, sexually assaulted the young girl. 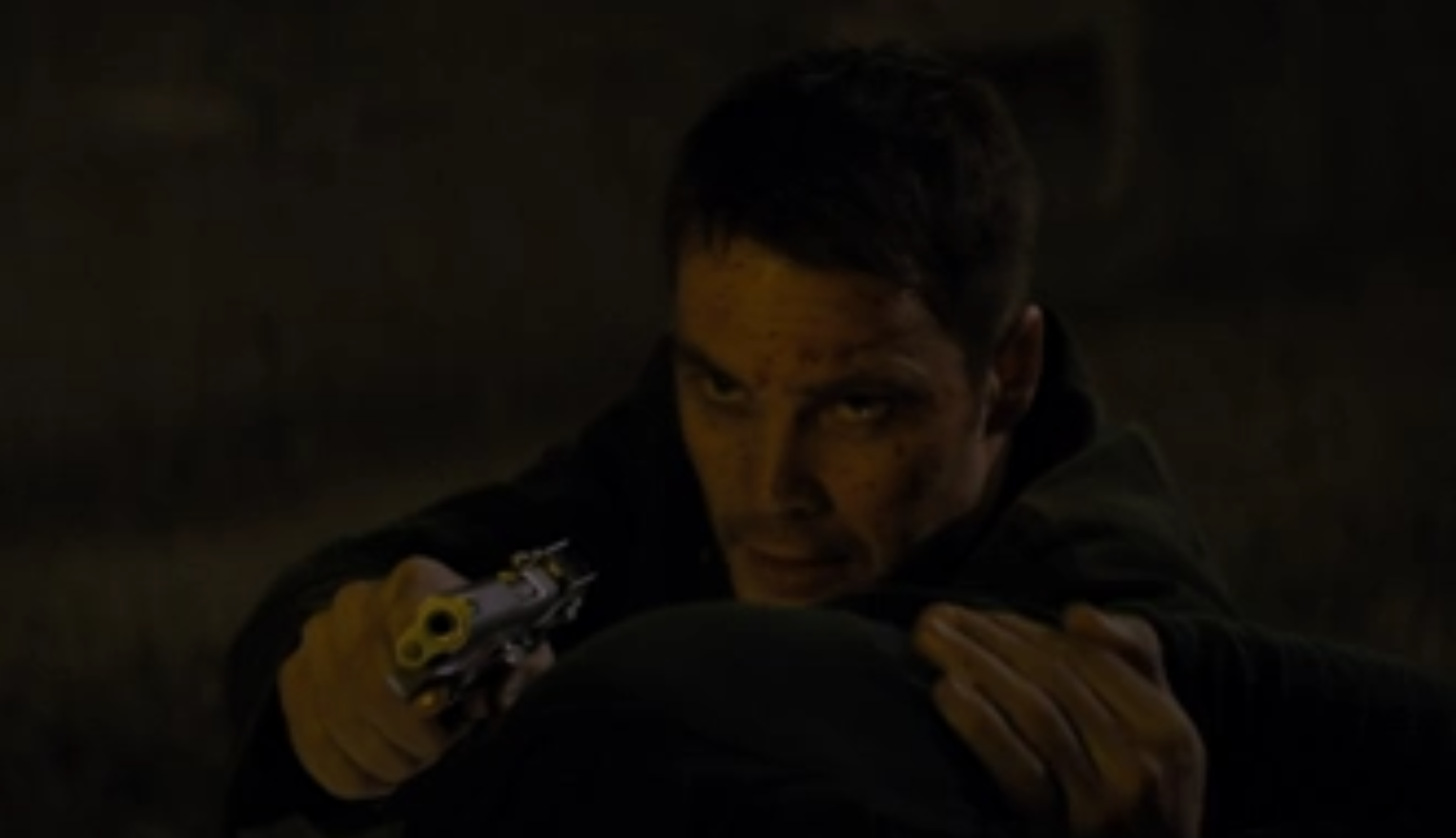 When broken people have sex on television it’s like watching Pinocchio turn into a real boy, except a lot sadder due to the inevitability that the only good tragedies couple triumph with despair. So, while McAdams and Ferrell’s respective social delinquents find common ground in emotional desperation, Taylor Kitch’s own emotional desperation is used to set him up for execution. After a steady string of revealing photos threateningly texted to Kitch’s closeted military buff finally coerces him into a clear setup, the poor guy manages to gunfight his way out of some treacherous underground tunnels only to be shot in the back as he walks into daylight. I’m putting this shootout on the list instead of that other, more bombastic scene from Episode 4 for two reasons. First, Paul Woodrugh was finally proven to be the “God Warrior” Ray Velcoro labeled after the first gunfight. Second, this gunfight actually had ambitions on making something of its central character and theme, urging the beleaguered vet to literally fight his way through and out of the darkness – that of his own sexuality and the conspiracy surrounding the entire season. It worked, if you wanted it to work. 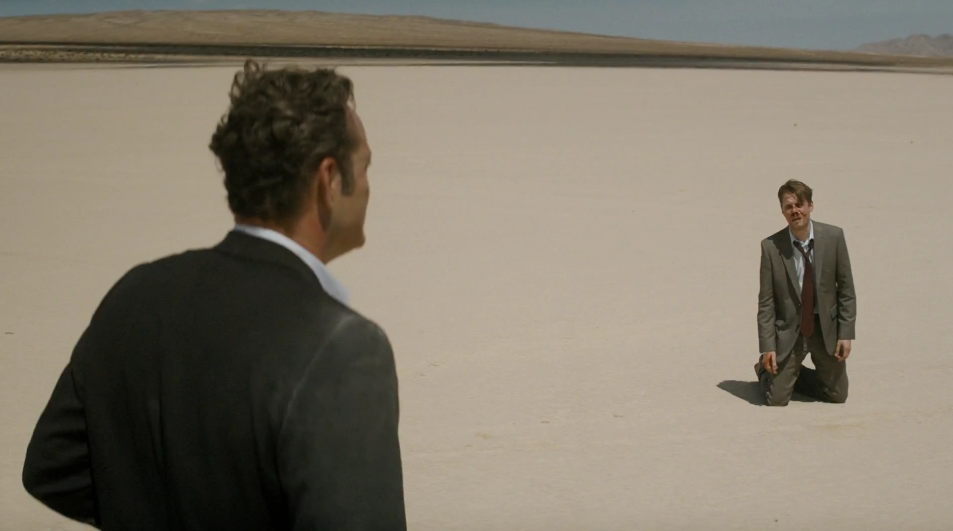 The season finale was a collection of middle fingers hidden inside a Halloween candy bowl. A lot of stuff happened, tasty stuff, but it turns out the writers know no other way to conclude a caper than bring into question the continued existence of its main characters. Ferrell’s Ray Velcoro traipsed through the woods with a shotgun and Vaughn’s Frank Semyon went full Moses out in the desert with a fatal knife wound to the gut. It’s the latter that satisfied and the former that was the tallest and middlest of fingers, mostly because we got the chance to know Semyon better than ever before. This is in stark contrast to the ridiculous, ring-throwing rant he engaged in with his wife not more than an hour before. The only thing that scene accomplished was setting up Semyon’s death, and watching him angrily bypass figures from his regretful and painful past to find his doting wife, then peer back to his collapsed body, was finally heartbreaking for a character previously shown little of heart. And, like Ani’s haunted sex house, the scene betrayed a real desire to push cinematic boundaries. If anything, True Detective season 2 accomplished a satisfying visual palette mirroring the first.

Notably, all three scenes listed here occurred in the final three episodes of the season, as much an indication to the slow burn as the strain for visual payoff suffered in the early half. Somehow, the season finale remained a letdown for too many reasons to count, the intermittent greatness preceding it hinting at a potential mind-blowing ending only made it worse. Even as Frank Semyon walked past his death, I held hope the show would have something more to say. Turns out it didn’t, but it did have something to show now and again. Here’s to season three dropping as many words as it can.